This Creepy Liquid Goes Against Gravity And Flows Forever

What is this strange fluid?

When water is its liquid state, it showcases viscosity, i.e has Internal Friction. So, when you take a glass of water and move it around, the water will move in the same direction and come to rest after a little while. Due to this property of viscosity, you don’t have to worry about water travelling up the straw and flowing out on its own while you’re sipping on some Pina Colada. However, is this the case with all liquids?

When the isotope of Helium known as helium-3 is cooled down to a thousandth of a degree above absolute zero, it changes into a Superfluid. This superfluid had some very interesting properties. It had no internal friction. So theoretically, if you swirl a glass containing liquid helium at -273 degrees Celsius, the fluid should continue to swirl around for all eternity.

Helium’s peculiar behaviour was first studied by the Dutch physicist and 1913 Nobel physics laureate, Heike Kamerlingh Onnes. He was a master of refrigeration who was the first to liquefy helium. Later, Helium’s flow rate was plotted by the Russian physicist Pyotr Kapitsa and, independently, the British duo of John Allen and Don Misener. Due to its lack of internal friction, Kapitsa called it a superfluid. This name was inspired by superconductors, a conductor in which the electric current flows without any resistance. 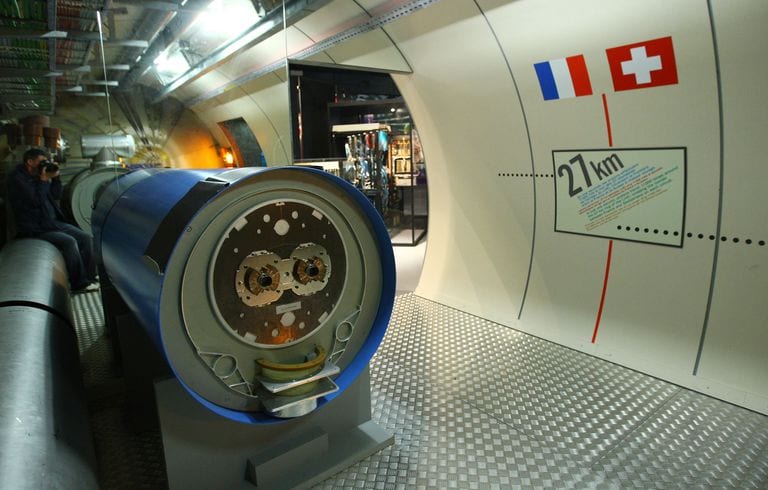 Usually, there is no kinetic energy, which signifies no movement in molecules at absolute zero (-273 degrees Celsius). When there is no movement between Atoms, it is easier for the intermolecular forces in-between the atoms to pull on each other and settle into a solid. But helium atoms are so light and weakly drawn to one another that even when ordinary atomic motions have quieted, the atoms jiggle with zero-point motion. The minuscule jiggling is attributed to the quantum uncertainty principle (more about the superfluid here).

Helium’s liquidity at low temperatures allows it to carry out a transformation called Bose-Einstein condensation, in which individual particles overlap until they behave like one big particle. Atoms acting in unison don’t behave like individual atoms. Moses Chan, a researcher who studies superfluidity at Pennsylvania State University in University Park said, “If you march in unison, you don’t collide with each other.”

The SciShow’s interesting coverage on Superfluids.

If you were to witness said helium superfluid in a glass, the liquid would leak out of the glass through the molecular gaps even before you can take a look. Or, the coolest scenario would see the liquid travel up to the rim of the glass going against gravity!

This Creepy Liquid Goes Against Gravity And Flows Forever