Babyteeth Review: First Love’s Great, But Not Quite

At this point in time, the term “first love” has become somewhat of a myth. Everyone wants it, but as soon as they get it, it tends to get away – leaving terrible heartbreak at its departure. Well, Babyteeth deals with that and some more.

Babyteeth focuses on Milla, a terminally ill teenager, who, one fine day at a train station, falls in love with a much older Moses. Although most girls her age are thinking about the upcoming dance or something, Milla has to technically adult very hard. She’s very testy and generally sarcastic and angry, but I guess that’s nothing out of the ordinary for kids her age. However, there’s something about her don’t-give-a-shit attitude that probably differentiates her from her peers.

Her parents, Henry and Anna, are obviously very troubled with their daughter’s illness. You can see the toll of it on their faces and their everyday lives. Things aren’t that great, and they are at their wit’s end.

You know how they say that parents would do anything for their children? Well, that’s the case here. Henry and Anna, after trying many times to get rid of Moses and keep him away from their daughter, decide to bring the boy to their house. As they themselves mention, “This is really bad parenting.” However, they have seen what affect Moses has on Milla, and it gives them hope that he might be able to imbibe some life into their daughter. Because you see, Milla just doesn’t care about anything. She doesn’t care about her violin lessons, nor about her school dance. But Moses’ entry changes that – and they want “the world at her (Milla’s) feet.”

There’s something very true about Babyteeth. We have seen too many movies/shows which feature terminally ill characters. It all starts off pretty gloom-and-doom and also ends as such. However, that’s not the case with this movie. It’s surprisingly quite funny in some places, and it’s annoying and infuriating at others. Sure, there are moments which are heartbreakingly sad, but that’s expected.

What were you thinking?! 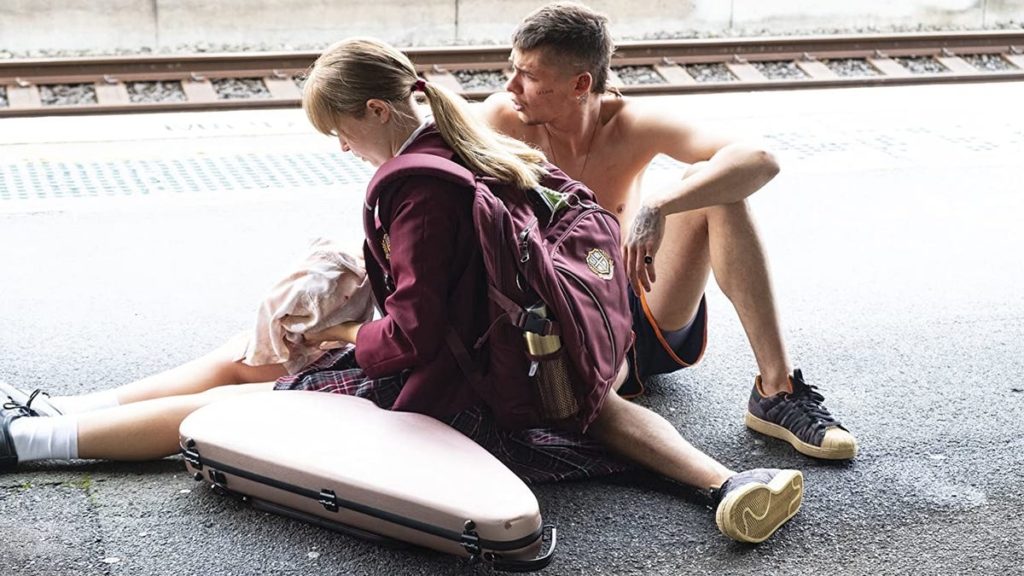 That’s me every time Milla hung out with Moses. Babyteeth features Moses as a character with a drug problem, he’s homeless and takes advantage of people at the drop of a hat. However, he’s not harmful. But I still have a problem with a 16-year-old going out with a 23-year-old. Teenagers hardly have any idea about the world, they’re usually new at knowing people and this arrangement can end pretty badly. I really didn’t like how they romanticised this whole thing, even though it’s quite concerning.

Moses leaves Milla, someone who’s very sick, alone on a rooftop. Even if she wasn’t sick, it would still be a very stupid thing to do. God knows what can happen in such scenarios. It’s definitely not a good idea to give to people since it can literally be very dangerous.

Babyteeth tries to portray the art of letting go and living life as it comes. But that becomes quite difficult when the person you’re hanging out with leaves you alone to fend for yourself and steals your medication. Don’t get me wrong, letting go is fine, but doing this isn’t.

Okay, so this issue aside, Babyteeth is a gorgeously shot movie. There were various scenes that looked so beautiful. And the music! The background scores (listen to this one), especially, felt like it was made for the movie and blended really well with them. 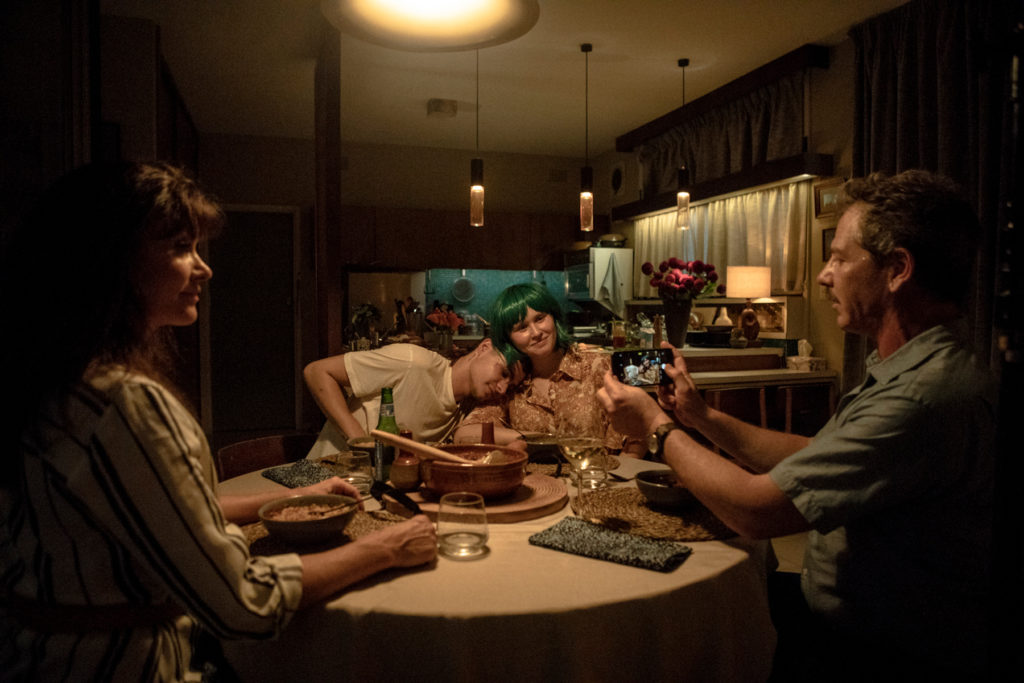 Babyteeth has some really good performances, especially from the parents – Essie Davis and Ben Mendelsohn. They look like they are made for each other in their roles. The leads, Eliza Scanlen and Toby Wallace are delightful as well. Especially Toby Wallace – there’s something very sincere about his performance.

Maybe if there was a little more depth, it would’ve been a more moving experience.

Babyteeth Review: First Love’s Great, But Not Quite