Best Stoner Movies and Shows On Netflix To Binge In Your Highs!

Cannabis has been legalized in various states worldwide, but no matter what the law says about psychedelics and highs, cannabis culture has really come out to play. While the whole world is quarantined right now, there is plenty of room for everyone to have a good Trip up ‘high!’ But do you often wonder, “what are the best shows to watch high?” So, we bring you a list of the best stoner movies and shows on Netflix:

Frasier’s Honey Snow: Does truth hurt…
Slot Canyon Utah Guide: 15 Best Slot …
how to control your thoughts - lovelc…
Take A Trip To ‘Sunshine City’ with E…
Discover the Magic of Venice in Novem…

Dale Denton (Seth Rogen) is a lazy court-process clerk and stoner who must go on the run with his drug dealer Saul Silver (James Franco) after witnessing the city’s most notorious drug lord and a crooked cop murder a man. In his shock, Dale dropped his rare strain of marijuana, Pineapple Express, at the scene of the crime. In weed-fueled paranoia, he asks Saul if it could be traced back to him – and discovers that if definitely can be. So Saul and Dale run for their lives. 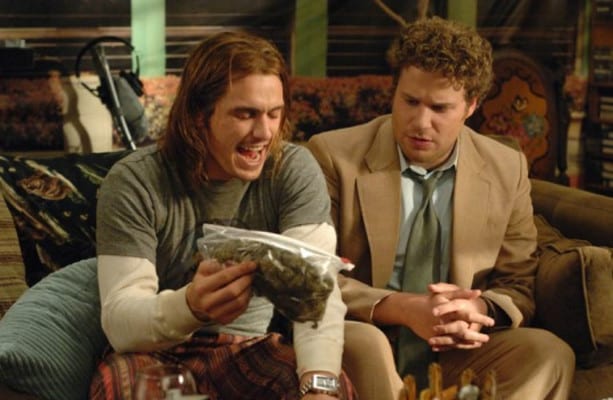 While the previous documentary is all about the history of the pot, Grass is Greener takes a different angle on the history of the war on marijuana: racial bias. Directed by hip hop pioneer Fab 5 Freddy (Yo! MTV Raps) and featuring Damien Marley, Snoop Dog, and more, this documentary discusses weed’s impact on pop culture, and the devastating impact the criminalization of the drug has had on black and Latino communities. 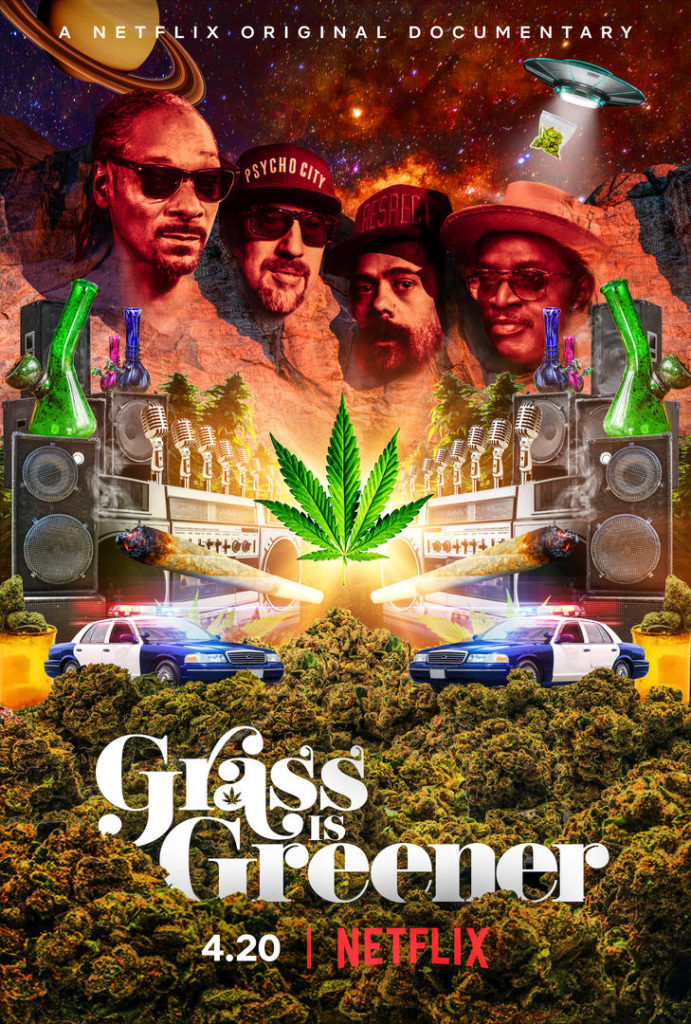 All of us, whether stoners or non-stoners, are aware of this epic show, Rick and Morty. Timid and slightly f**ked up Morty and his majorly f**ked up alcoholic grandfather Rick travel through space and multiple dimensions causing havoc and testing limits. And who doesn’t enjoy trippy time travel? 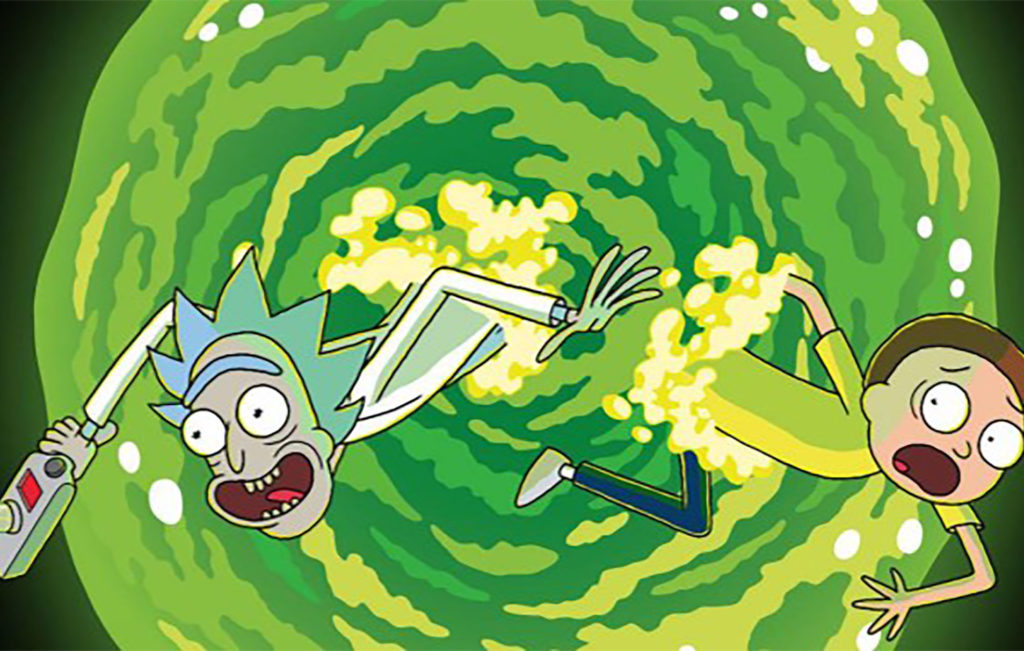 With no memory of the night before, Phil, Stu, and Alan wake up from their buddy Doug’s Vegas bachelor party in complete disarray – and Doug is MIA. Phil, a married high school teacher with the maturity level of his high school students, Stu, the respectable dentist who is seemingly terrified of his controlling girlfriend, and Alan, the socially awkward brother of the wife-to-be, must retrace their steps to find their friend before the imminent wedding. Trip and almost miss your marriage, already! 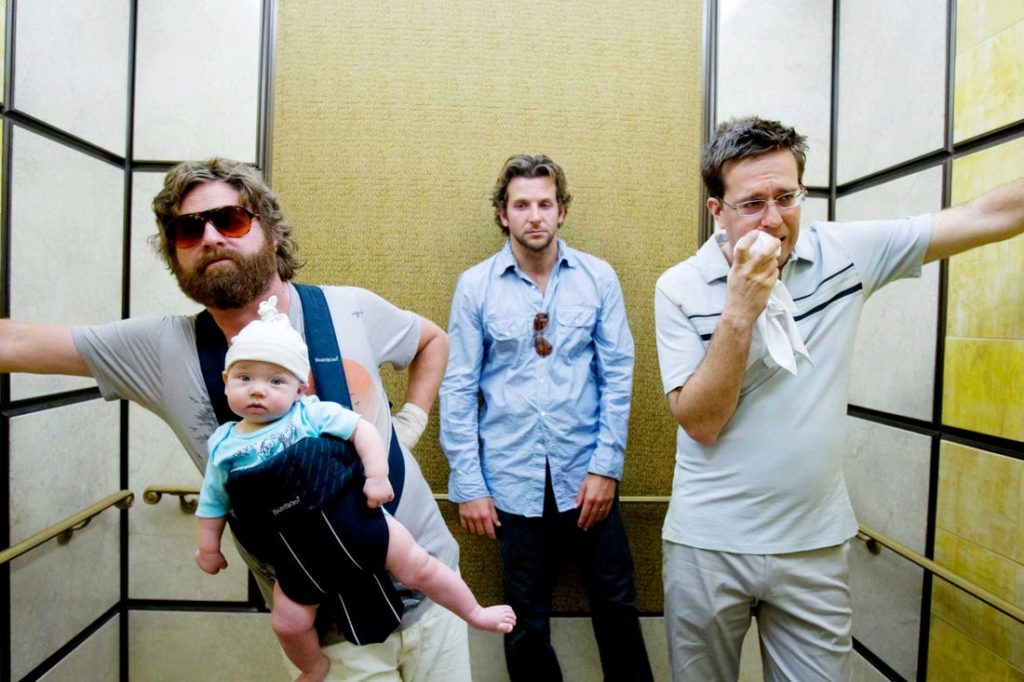 Watch this horse from Horsin’ Around to feel why is this horse talking? This adult animated comedy follows the titular BoJack, a humanoid horse who was once the star of a ’90s sitcom but is now a boozed-up, washed-up D-lister hoping to make a Hollywood comeback. Believe it or not, a substance-abusing, talking horse makes a lot more sense when you add weed. Especially when you relate to his pain. 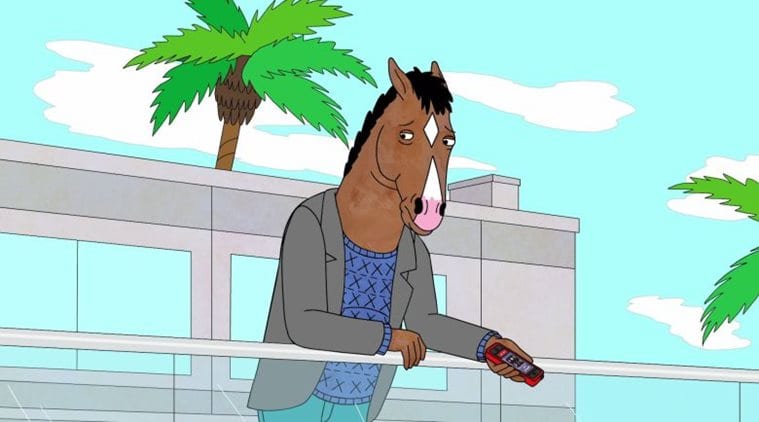 Black Mirror is great for those pensive evenings when you’re looking to enter another world for a while. In fact, the dystopian futures presented in the dark drama will help you forget about how messed up everything is in reality. It’s been compared most frequently to a modern-day The Twilight Zone; basically, they take the worst characteristics of modern technology and show us how we can (will?) screw ourselves over as society progresses. Sounds fun, right? It’s awesome, I promise. And there’s no better time to think about life and future other than your highs! 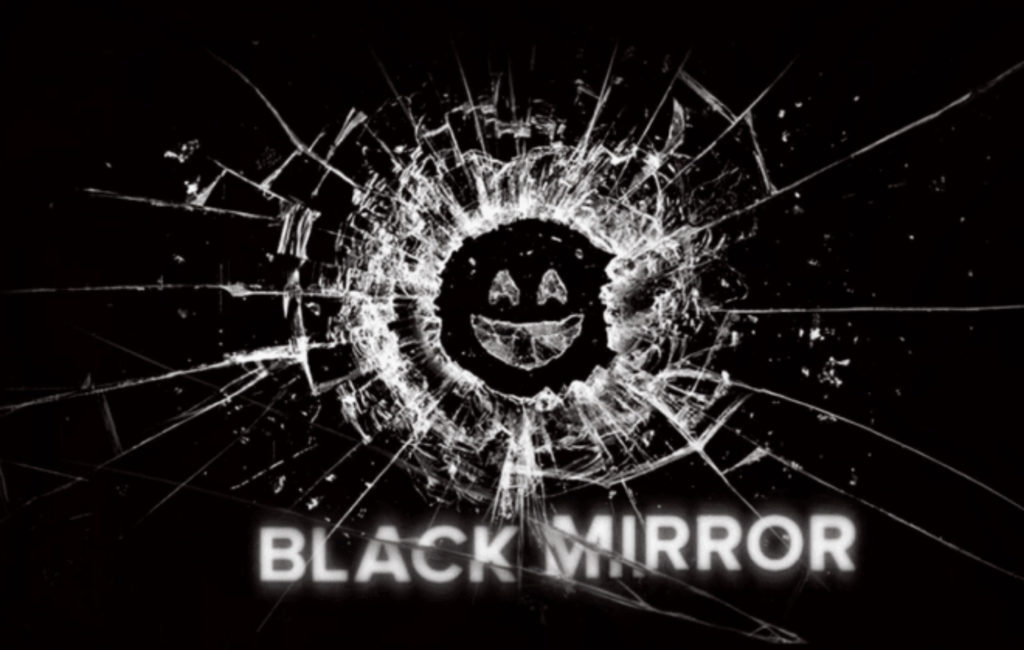 Hormones, humour and cartoons. What more do you need? This raunchy animated series follows a group of friends as they embark on the first stages of puberty. We kind of suspect that Nick Kroll intended this series to be watched while high. Because the hormone monsters are all set to make you feel the various things you felt when you had hit puberty. 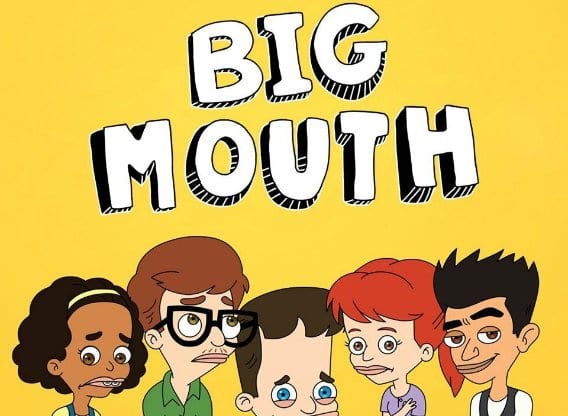 Netflix’s ode to pot comes in the form of Disjointed, the original series by about stoners, for stoners and about stoners! Starring none other than Kathy Bates, the comedy series centres on a Californian weed dispensary and the hodge-podge of people that work for and visit it. Chock full of trippy graphics, giggly transition scenes and enough pot jokes to last a lifetime, Disjointed is just made to be watched high! 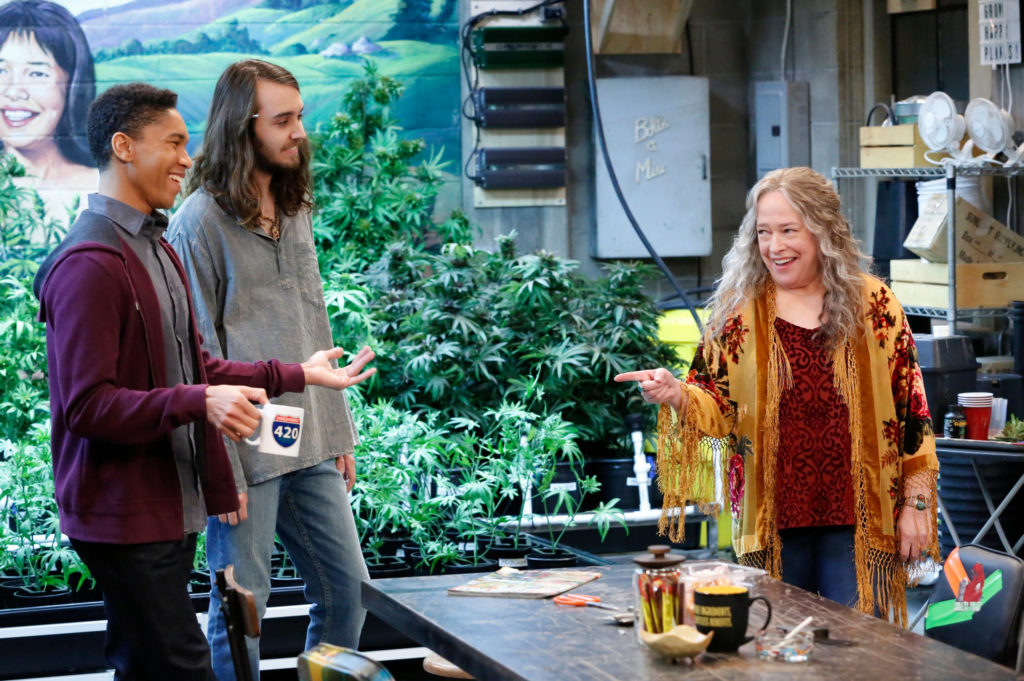 The world of legalized, commercialized pot has officially broken the surface and introduced itself to society, so it is no surprise that other industries have started to build off of it, including Pot Journalism. Yes, you heard us correctly, and that is exactly what the documentary Rolling Papers is all about. This explorative film takes a look into The Denver Post: the first newspaper to bring in a marijuana editor, and the subsequent emergence of pot journalism into the industry. From policy news, strain reviews, edible recipes, and more, pot journalism is a growing fad, and we are fascinated by what Rolling Papers shares about it all. 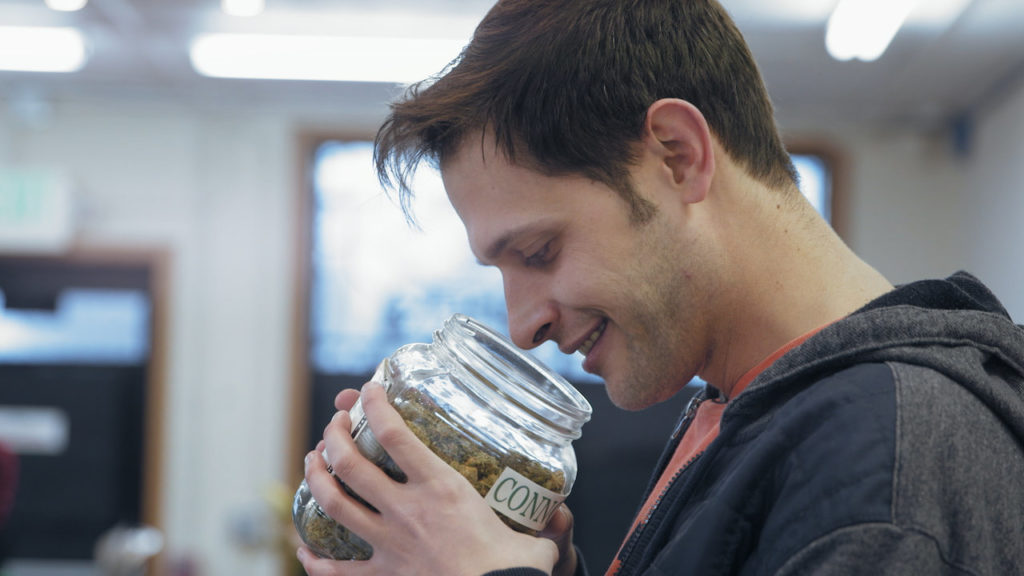 10. Have A Good Trip: Adventures In Psychedelics

This Netflix Documentary contains animated reenactments of the celebs and honestly, they are pretty fun to watch. It seems as if LSD and acid are easy drugs and you get over with it without any after-effects – which is clearly not the case. It features small clippings telling people about the drugs. So, trip with celebs and trippy shots! 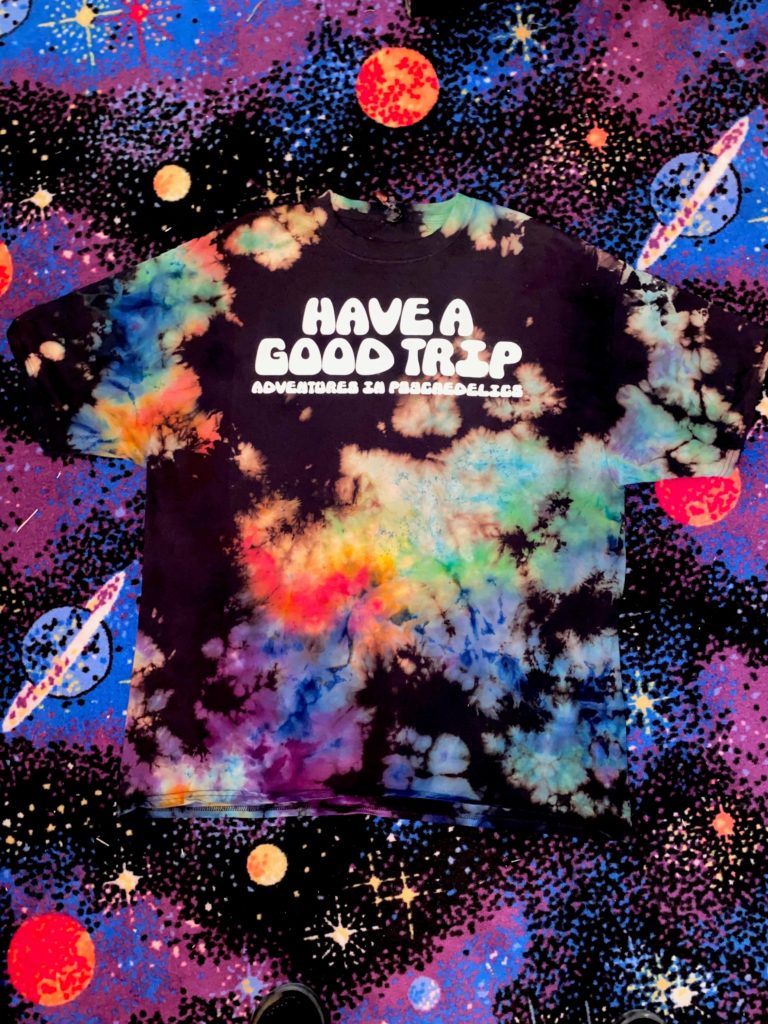 If you’re in the mood to know more about 420, this is for you! The Legend of 420 is an explorative documentary that explores the controversial use of marijuana and its historical transition into acceptance from mainstream society. What changed that turned this Schedule 1 Drug into a medicine that is being legalized today? Find out in The Legend of 420. 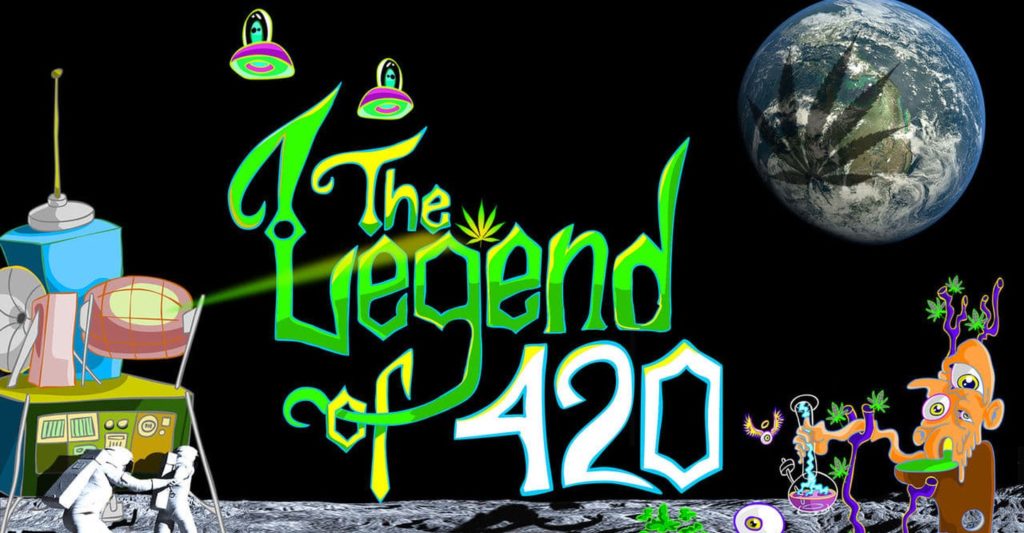 The Midnight Gospel is about a space caster who traverses trippy worlds inside his universe simulator, exploring existential questions about life, death, and everything in between. We suggest you watch this and have a discourse about life with yourself. 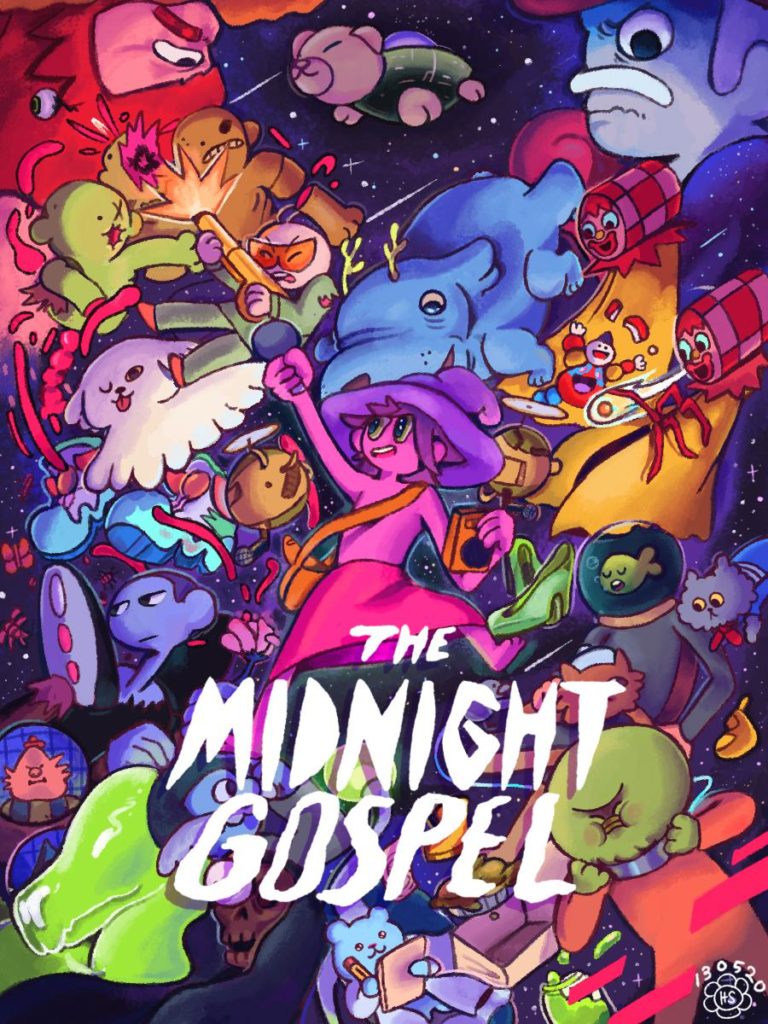 Did we miss any of your favourite binge-worthy trippy shows or movies? Drop your suggestion in the comments! Have a good trip, fellas!

Best Stoner Movies and Shows On Netflix To Binge In Your Highs!