Netflix’s Athlete A Review: A Scandal that Blew the Sports World

This documentary is a powerful reminder of how organizations can perpetuate abuse.

Athlete A, a Netflix original documentary, tells the shocking story of the USA Gymnastics doctor Larry Nassar who abused the girl athletes and young women in his care. There are 500 survivors of Dr Nassar out of which 9 are Olympians.

Maggie Nichols is one of the brave subjects who first reported Nassar’s ugly deeds. The documentary has again made me believe that we live in a society where even the nicest and sweetest person is a predator. It’s painful.

Athlete A focuses on one main perpetrator and it adeptly juggles various moving parts, such as the ruthless nature of training and the aftermath of speaking out and its physical and mental effects on the athletes. 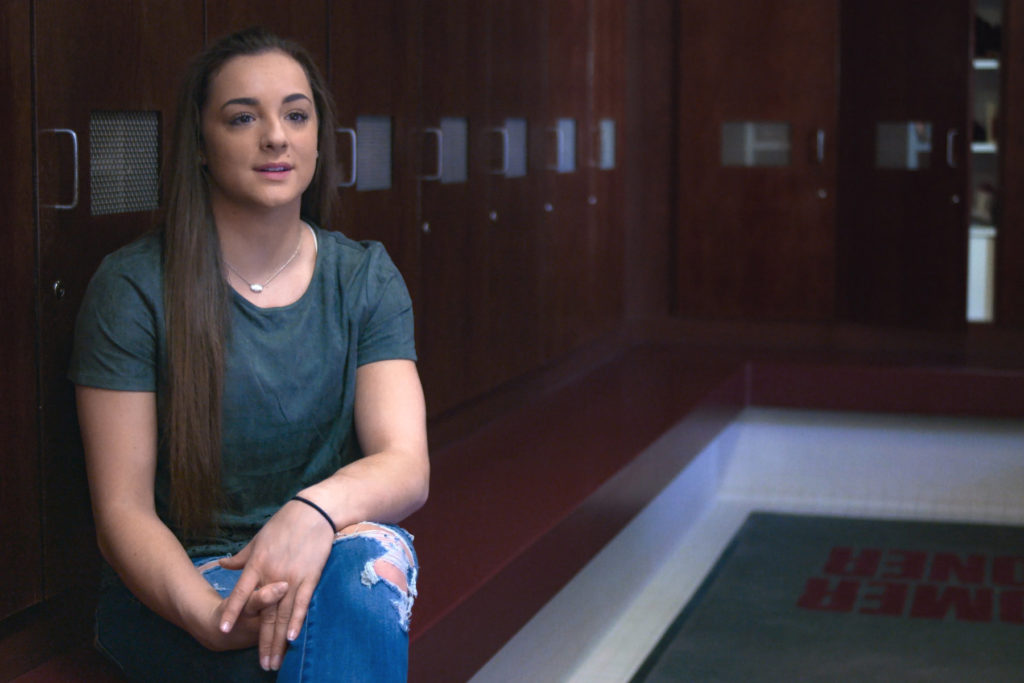 The Indianapolis Star first ran an article in 2016 about the institutional abuse within the U.S.A. Gymnastics. After that piece ran, the reporters started receiving responses from former gymnasts about Nassar, who, under the guise of medical practice, sexually abused hundreds of girls and young women.

The doctor seemed “nice” or “quirky,” according to interviewees, especially compared to their militant coaches, notably Bela and Martha Karolyi, who many athletes have said perpetuated an oppressive environment ripe for all kinds of other abuse, including weight-shaming. It’s heart-wrenching to know how innocents were sacrificed, while everyone who knew – just watched.

37,000 images which alludes to child-porn were found with Dr Nassar which made the case against him stronger. 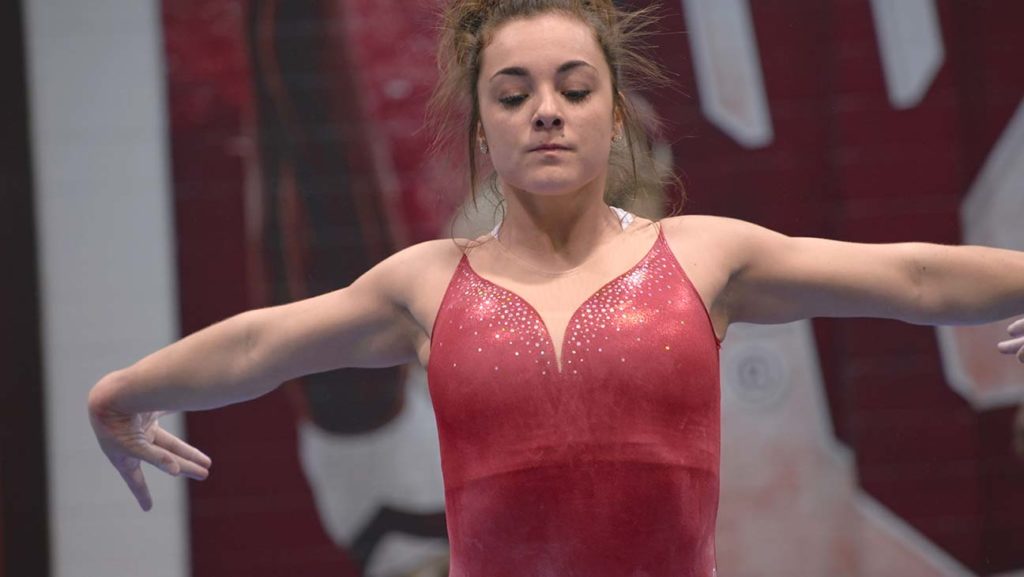 Maggie Nichols was the “Athlete A,” the young person was sheltered by a pseudonym in some legal documents that first aired Nassar’s abuse, which in Nichols’ case started when she was 15 years old. Like so many predators, he was skilled at deploying jargon and flimflam, in his case medical, to give himself cover for what even young girls like Nichols could sense was groping.

She was overheard talking about it with another gymnast by a coach – “Dr. Nassar touches me funny, does he do that to you too?” and formal reports were fed back to USAG — but the organization, led by slimy and greedy CEO Steve Penny, hushed them up. Because all USAG cared about was money.

Directors Bonni Cohen and Jon Shenk use the stories of the survivors (testimonies from victims eventually numbered in the hundreds) as the spine of the film. The victims’ suffering and courage lead to a wider exploration of the culture that enabled Nassar to operate with impunity, by showing that the problem does not lie with one monstrous man but spreads far wider. It is in every nook and corner of the organization. 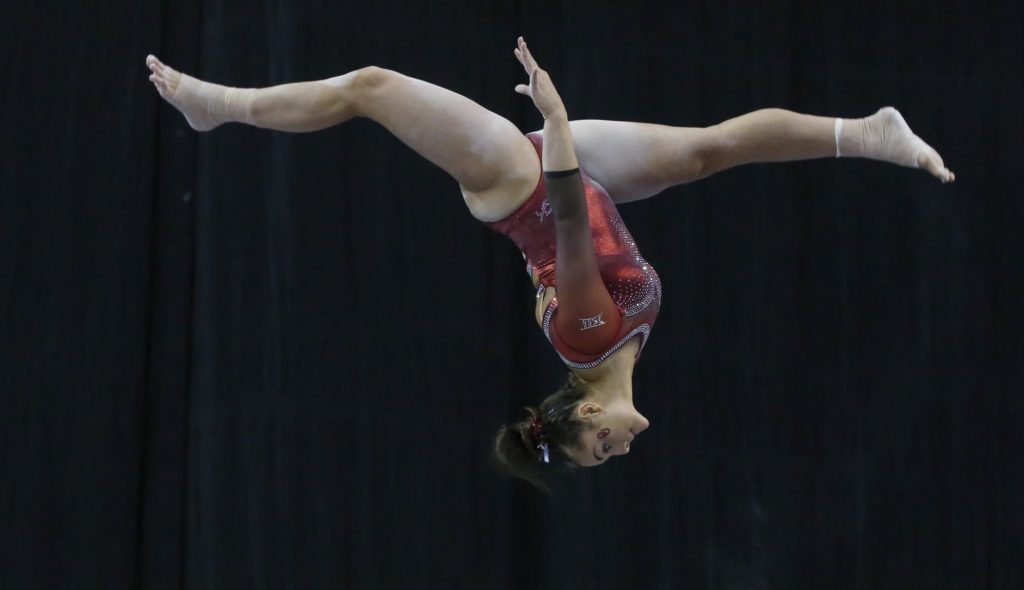 The culture of victim shaming has been a part of every fight a survivor has to go through to seek justice. The survivors and former gymnasts were widely targetted by people around and a huge amount of mouth-lynching continued. Meanwhile, Nassar kept on his disguise as a good saintly man.

The documentary very informatively tells the viewers about the inside of Elite Gymnastics’ merciless coaching, overzealous parents, eating disorders, and elusive Olympic dreams. Jennifer Sey appears on camera herself to contribute a more aerial view of the endemic problems within the gymnastics world, having left it behind back in the 1980s. But for gymnasts Rachael Denhollander, Jessica Howard, Jamie Dantzcher, and Maggie Nichols, the wounds are still raw and equally painful to such an extent that they are not proud to be Olympians.

The incident took away from the athletes their worth, privacy, safety, intimacy, confidence, and their own voice, until now. It profoundly affected heir psyche and at the end of the day that is what Nassar really did – he stole a part of them in their innocence and left them struggling and ashamed with no fault of their own.

Justice Delayed But Not Denied 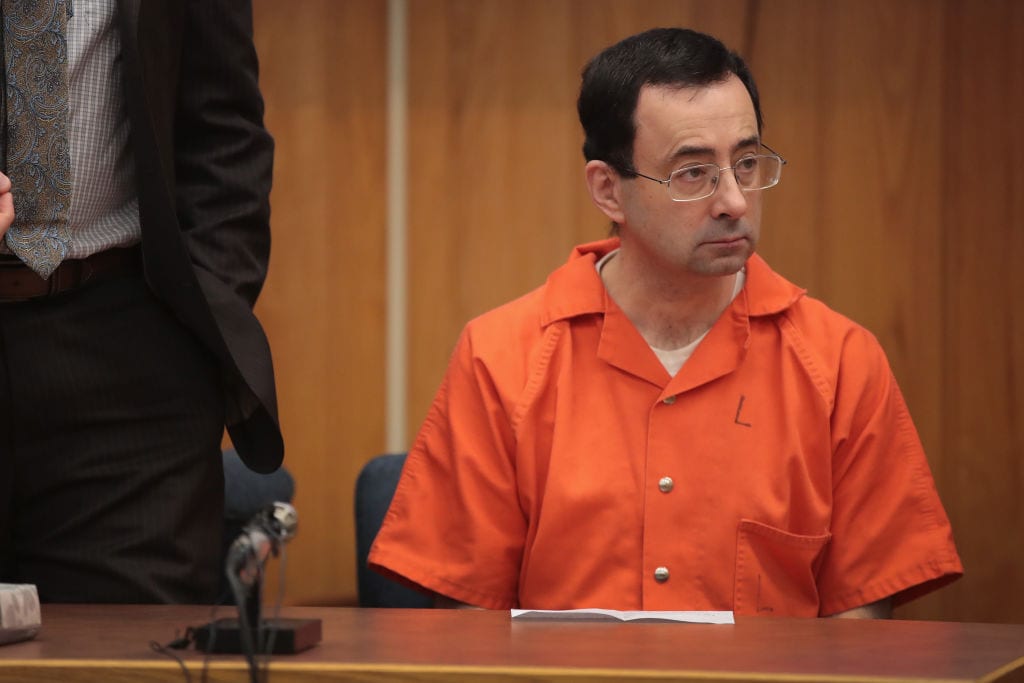 During Nassar’s trial, 265 women came forward to accuse him of Sexual Assault.

On February 5, 2018, he was sentenced to an additional 40 to 125 years in prison after pleading guilty to an additional three counts of sexual assault. His state prison sentences are to run consecutively with his federal sentence, all but assuring that he will die in prison. Well, it seems as if the world is a safer place without him. 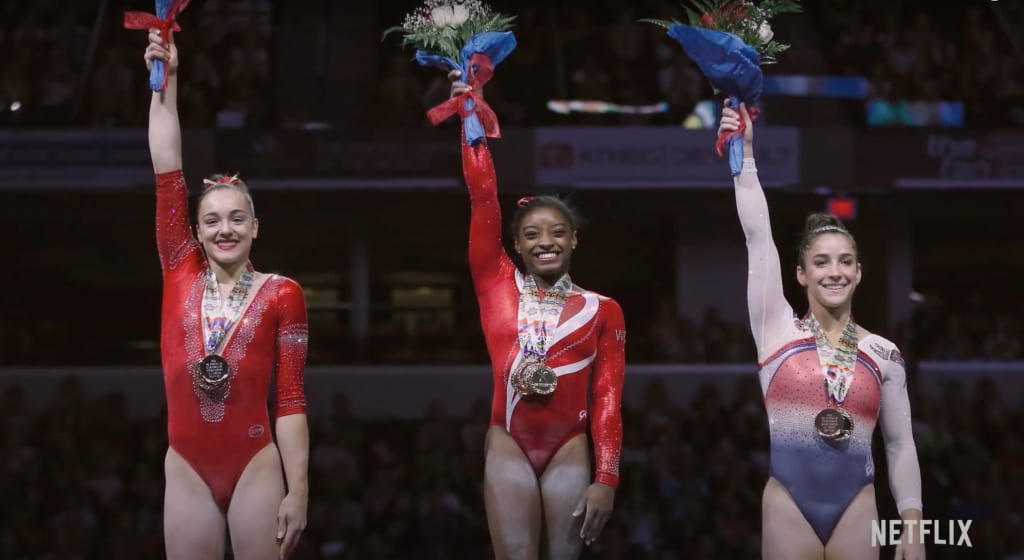 This documentary should be high up on your watch list. Reading news articles about Larry Nassar and the abuse he inflicted on so many women is brutal enough. But hearing all of these stories together in one narrative makes it almost impossible to reckon with, and therefore so worth your time. The brutal truth behind the glamourous gymnast life is aching.

It also touches on the abusive methods of feted gymnastic coaches Bela and Marta Karolyi, Romanian emigres, who once coached gold-medal-winning superstar Nadia Comaneci but defected to the West. The culture of bullying they fostered at their ranch, where they worked with the crème de la crème of American gymnastics, remained unchallenged because it got results.

Athlete A is now streaming on Netflix.

Netflix’s Athlete A Review: A Scandal that Blew the Sports World