On Thursday, June 18, the first Trailer for Katherine Langford’s new Netflix series, Cursed, was released, and the short clip promises a bold new take on the classic Arthurian legend of The Lady in the Lake. Cursed looks all sorts of badass.

Between this series and Warrior Nun, July is shaping up to be an action-packed summer for fans of badass heroines.

The new Netflix series stars the immensely popular Katherine Langford, Hannah Baker from 13 Reasons Why, as a battle-ready hero around which the pieces of Arthurian legend slowly assemble. This time around, though, the tale centres not on the would-be king, but on Nimue, a woman who will go on to become the influential Lady of the Lake. 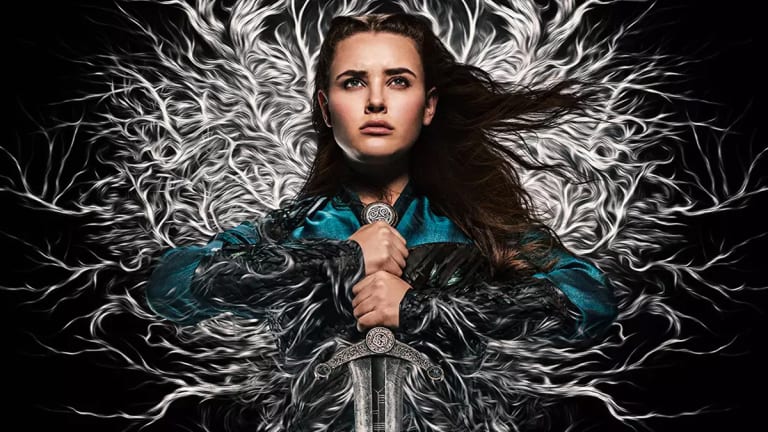 Based on the illustrated novel of the same name by Thomas Wheeler and Frank Miller, Cursed is a re-imagining of the Arthurian legend, told through the eyes of Nimue, a teenage heroine with a mysterious gift, who is destined to become the powerful (and tragic) Lady of the Lake.

After her mother’s death, she finds an unexpected partner in Arthur (Devon Terrell), a young mercenary, in a quest to find Merlin (Gustaf Skarsgard) and deliver an ancient sword. Over the course of her journey, Nimue will become a symbol of courage and rebellion against the terrifying Red Paladins, and their complicit King Uther. 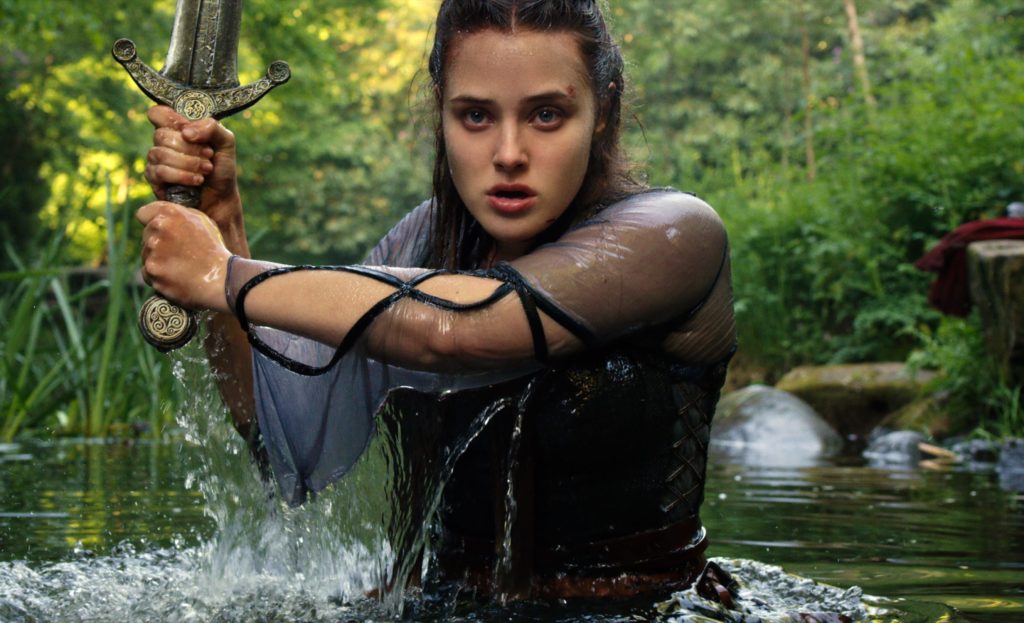 “They came while we slept, to cleanse the world of our kind,” Langford’s Nimue says in voiceover in the trailer, while the people from her village are attacked by the Red Paladins. “Because we’re different. Because magic runs through us. Because we have what they want. Legend says this sword belongs to the one, true king, but what if the sword chooses a queen?”

In addition to providing an action-packed new spin on the classic story, Netflix describes Cursed as a “coming-of-age story” that centres on “the obliteration of the natural world, religious terror, senseless war, and finding the courage to lead in the face of the impossible.” In a May interview with Entertainment Weekly, showrunner Tom Wheeler, who wrote the graphic novel Cursed, revealed that it’s because of Langford’s ability to balance all of those elements that the series works.

“I think first and foremost when casting for Cursed, Frank and I was looking for a mythological truth, actors who could bring the emotion and the humanity to legendary characters without losing the sense of elemental magic and epic stakes, Wheeler told EW at the time. “Led by Katherine Langford, who is equal parts classic hero and sword-swinging badass, this extraordinary cast has brought such depth, commitment, and heart to this story.” 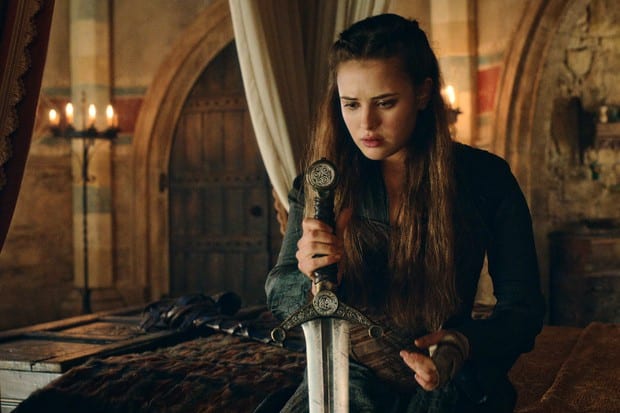 Cursed is Langford’s first major TV role since leaving 13 Reasons Why back in May 2018, and the actor has shared her excitement over her new project on social media over the past few years. “[It’s] a total dream being asked to lead this series with such legendary creatives,” she wrote in 2018, and Langford echoed those sentiments when she shared the trailer on June 18.

“It feels like a strange time to talk about anything other than what’s going on in the world at the moment, but hopefully this can bring some entertainment, and levity during these important and surreal times,” Langford wrote on Instagram while sharing the teaser trailer for Cursed. “Hundreds of people worked so hard on this last year, and it’s a story we’re really proud of. I hope you enjoy it too.” 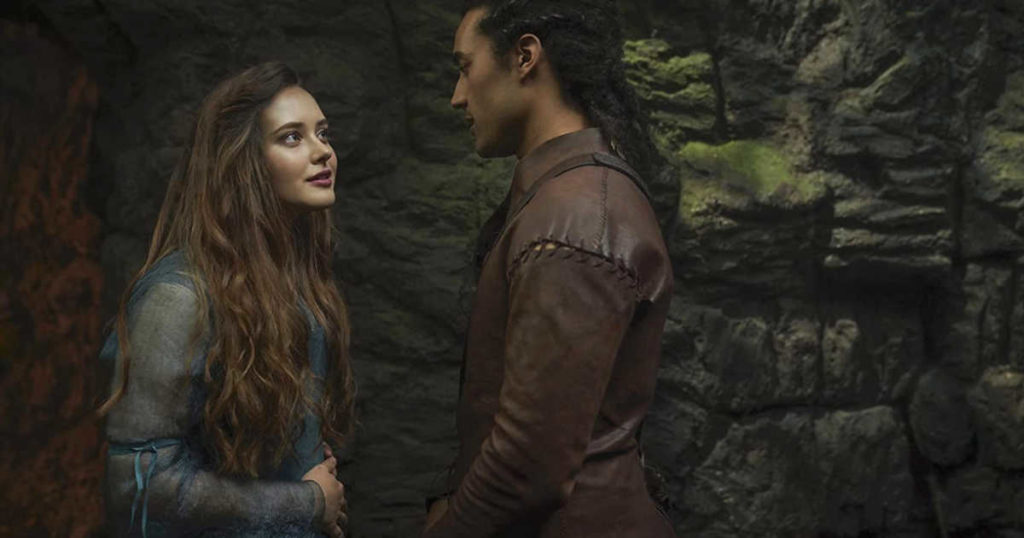 Season 1 of Cursed arrives on Netflix on July 17.