Scare Package is an anthology Horror-comedy Movie on the streaming service Shudder. The movie pays tribute to classic horror tropes, icons and genres and is absolutely gory to its core.

Anthology at its finest

The stories in the anthology in Scare Package take place within a main narrative which features a video store rental called Rad Chad’s Horror Emporium. The shop is run by Chad Buckley, who is a bit weird, not gonna lie! We get to see the stories play out in different ways (via a VHS, from other customers etc) as Chad trains his new employee Hawn.

So, let’s get to know the stories first: Cold Open directed by Emily Hagins, One Time in the Woods directed by Chris McInroy, M.I.S.T.E.R directed by Noah Segan, Girls’ Night Out Of Body directed by Courtney and Hillary Andujar, The Night He Came Back Again! Part IV: The Final Kill directed by Anthony Cousins, So Much To Do directed by Baron Vaughn, Horror Hypothesis and Rad Chad’s Horror Emporium directed by Aaron B. Koontz.

Each of the stories talks about a unique trope in horror, featuring absolutely truck-loads of blood, gore and guts (and other body parts). The stories range from breaking in murderers, killer masks, slasher elements to a segment which showcases a disgusting blob transformation. It’s probably my most favourite part (for obvious reasons) and has the best practical effects I have seen on cinema in a while. Scare Package also has werewolves, toxic masculinity (the scariest of them all) and a sequence featuring a final girl seeking revenge (again, absolutely stunning practical effects).

However, probably the longest and the most in-your-face part of the movie is Horror Hypothesis. This is an out-and-out homage to The Cabin in the Woods, one of my personal favourites. It also features Rad Chad! 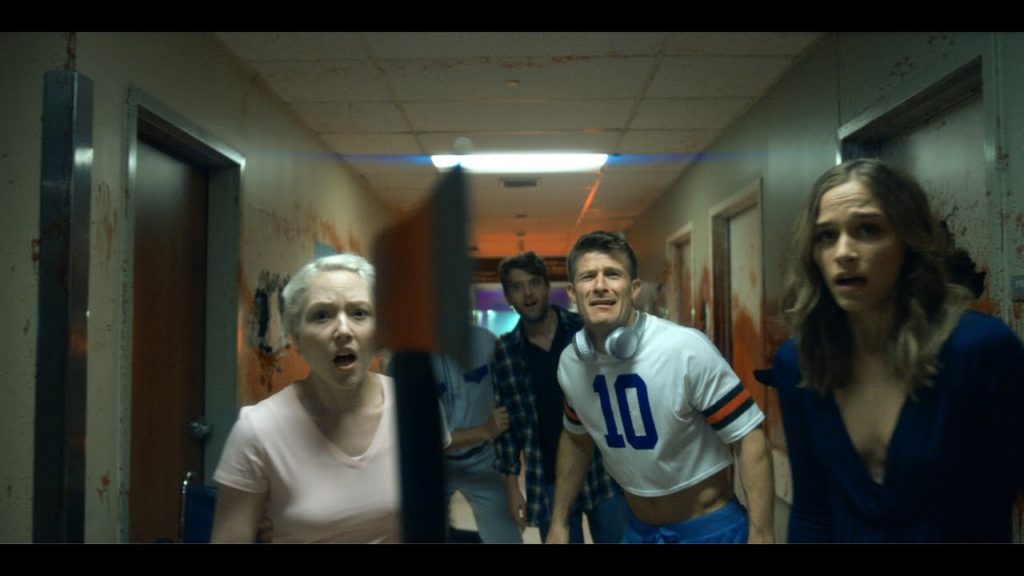 If I haven’t gushed enough about how good the practical effects are in Scare Package, fear not.

The movie doesn’t shy away from showing insides, outsides and everything beyond and in-between splaying all over the floor. From a man transforming in a blob of mush, people getting horizontally and vertically sliced in half, fingers, limbs breaking/being torn off, to hands punching through skulls and pulling brain matter out – this one has it all. And it is absolutely entertaining to watch! Add to that the absolutely amazing performance of the entire cast, you have a horror-comedy worth watching. Although, I agree, Cabin in the Woods will be my all-time favourite, yet, Scare Package comes close to it.

Oh, and the movie features a slow-walking killer wearing a mask made out of human flesh. Is that cool or what? I mean, move over Jason and Freddy, we got a new murderer in town!

However, no movie is without its faults, and Scare Package is no exception. I felt a few scenes dragged on a bit, especially Horror Hypothesis. Some it could’ve been condensed and made tighter. There were also a few jokes that fell absolutely flat for me. In addition to this, So Much To Do was the weakest link in the movie for me. It wasn’t anything great, and I didn’t get the motivation behind the fight sequence either. 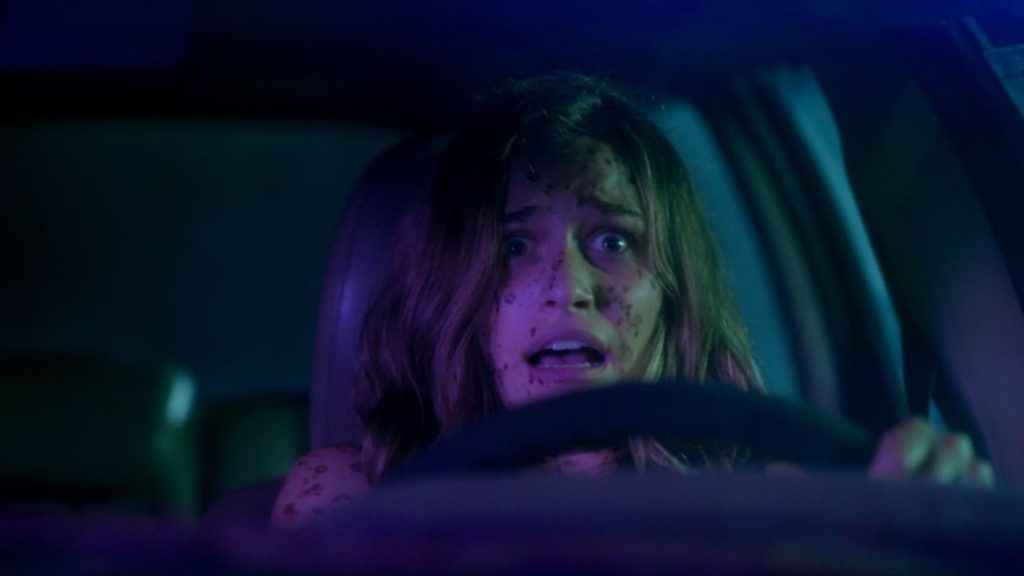 Scare Package is a fitting addition to the horror genre. There aren’t a lot of similar movies here, not good ones atleast. This is a smart and funny movie that knows what it’s talking about. And oh, there’s a Randy reference (from Scream) as well. I mean, that’s basically perfect. If you’re a horror fan or a fan of gore, this is a must-watch!