Gulabo Sitabo created quite the buzz when the makers decided to release it on OTT platforms instead of going for a theatrical release. Directed by Shoojit Sircar, the movie stars Amitabh Bachchan and Ayushmann Khurrana in title roles. Gulabo Sitabo’s non-traditional release gave birth to huge expectations. However, the end result might not be what you thought it would be.

Amitabh Bachchan says the prosthetics…
Movies Delayed Due to COVID: When Are…

Gulabo Sitabo takes place in Lucknow and the starting 15 minutes get you engrossed in the old-world charm of the city. We then meet our title characters, Mirza and Baankey. Mirza’s wife Begum owns the mansion where they all stay, while Baankey is one of the tenants. Mirza is a character who is kind of insufferable and his antics range from petty mischief to downright cruelty. Baankey has his own quirks. He’s the eldest of four siblings, and his father is no more. He does what he can to make ends meet, but life hasn’t really dealt him a fair hand.

Mirza and Baankey constantly bicker at each other. While the former wants the mansion to himself, the latter doesn’t want to leave the place because there’s nowhere else to go (also, their rent is Rs 30, which they haven’t paid for a few months. I wouldn’t want to leave either). However, the problem starts brewing when a bathroom wall collapses, and years of resentment come to a head. In comes two more characters, Gyanesh Shukla, a government officer, and Christopher Clark, a lawyer. But just how the world works, these two are also in for their own benefit. 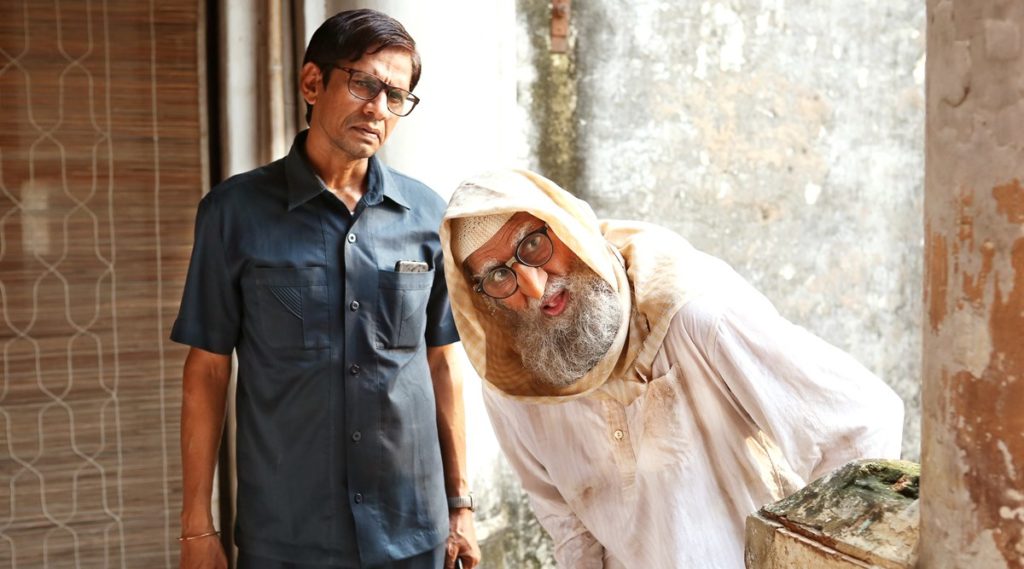 If you thought Gulabo Sitabo will install many laughs, and you’ll roll on the floor laughing – you’re in for a disappointment. The movie takes its pace to set up, and is more of a social commentary than a laugh riot. Even though its characters are fleshed out pretty well, you’ll detest the title characters. That’s probably not a good look for a movie.

Don’t get me wrong. It has its charms. But Gulabo Sitabo is 2-hours long. And Mirza and Baankey constantly bicker. If they’re not fighting, Mirza is complaining about something or the other or wishing for his 90-year-old wife’s death. It’s fun once or twice. But for 2 hours, it’s a bit much and becomes exhausting and cumbersome. It, however, does give its audience a chuckle or two here and there.

What Gulabo Sitabo does pretty well, though, is showcasing what greed can do to people. Mirza is a greedy a-hole. I’m sorry, but there are no two ways about it. He married Begum for her mansion and lived his life wishing for her early death so that can get it. He does everything in his power to throw his tenants out and gets excited at the prospect of his wife’s death. If this was supposed to instil laughter in me, it failed majorly.

Baankey, on the other hand, is an idiot who doesn’t know much. However, he doesn’t shy away from talking about things which he has no idea about. And thus, he gets conned by Gyanesh (well, almost).

There are, however, two great characters in Gulabo Sitabo – Begum and Guddo, Baankey’s sister. Begum is a woman with an iron grip. Even though she’s pushing 90, she has her eyes on everything and controls every facet of the house. In a total boss move, she elopes with her lover (at 90+!), sells the mansion to him, and comes back to celebrate her birthday when she turns 95. Guddo, on the other hand, is an equally strong woman. And unlike her brother, knows what she is talking about. She’s the brains of the family.

A mansion stuck in time 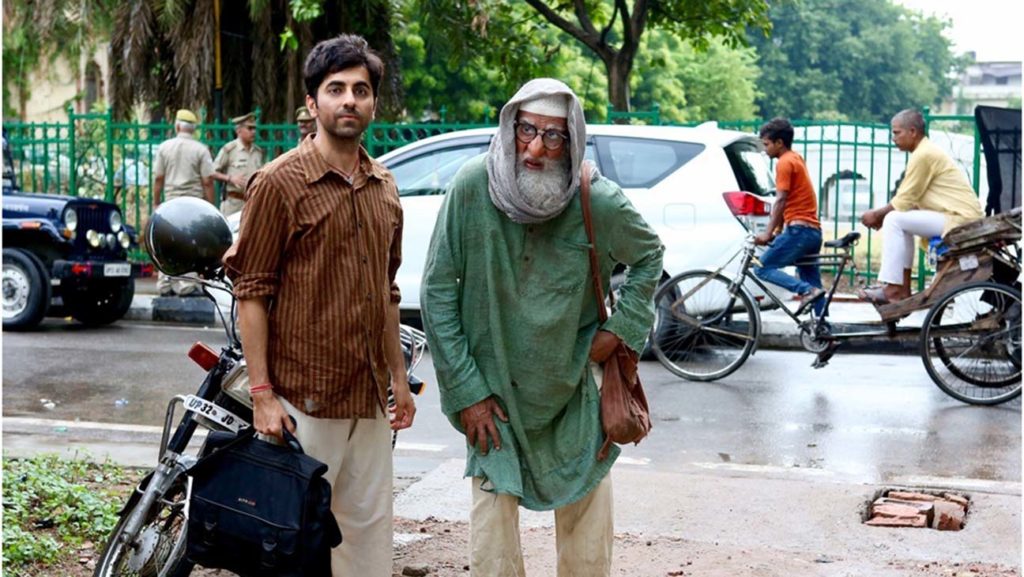 Gulabo Sitabo will suck you into its old-world charm, without you knowing it. By the time the movie was ending and everyone was leaving, I was sad for the empty ‘haveli’ that was bustling with life a few days ago. It was followed by some excellent shots of the mansion and might probably make you shed a tear or two.

As I said earlier, the movie won’t make you roll on the floor laughing. The humour is quieter, and, as such, it isn’t a Piku, but rather, an October. It also loses its way a few times and tends to drag quite a bit.

However, the excellent performances probably make up for it, even if a little bit. Amitabh Bachchan and Ayushmann Khurrana, as Mirza and Baankey respectively, are amazing. Bachchan does an excellent job at portraying the old and insufferable Mirza – with the way he walks and talks. Khurrana also nails his role as a frustrated Baankey – his lisp and irritable persona are done to a T. Vijay Raaz and Brijendra Kala are also great. But Farrukh Jafar probably takes the cake as a 95-year-old Begum. She is what I aspire to be when I grow old.

Watch Gulabo Sitabo to lose yourself in Lucknow’s lanes and old heritage structures. But, don’t expect a laugh riot.

This post first appeared on TechQuila, please read the originial post: here
People also like
Amitabh Bachchan says the prosthetics for Gulabo Sitabo took four-five hours each day : Bollywood News
Movies Delayed Due to COVID: When Are They Releasing Now?