Mi Notebook 14 Horizon Edition: Is This the Work-from-Home Laptop You Were Looking For?

Xiaomi has finally set foot in the Indian laptop market with the Mi Notebook 14 Horizon Edition. Known for their smartphones, Xiaomi’s first laptop in India seems like a good product at a good price.

The Mi Notebook 14 Horizon Edition is a super light Ultrabook, with a 14 inch, 1080p display which also boasts of a 91% screen-to-body ratio. You also get an Aluminium alloy chassis that contains a 512GB M.2 SSD and an NVIDIA GeForce MX350 for all your productivity needs. 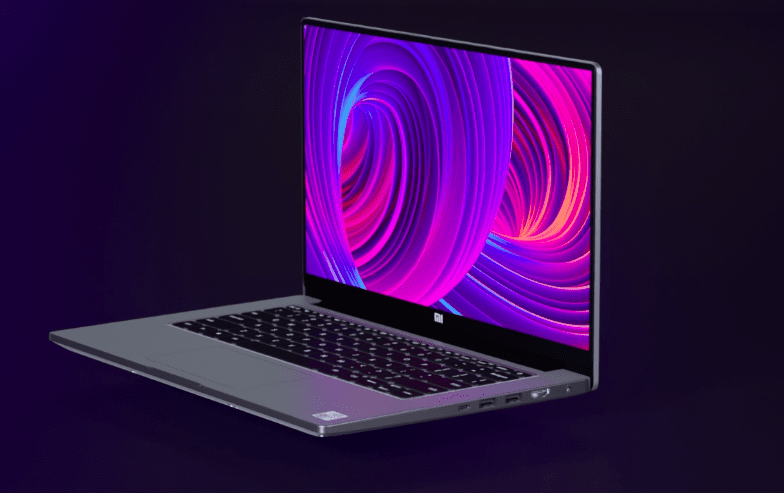 Design-wise, Xiaomi has made the Mi Notebook 14 with a minimal aesthetic in mind. There’s no branding except for the “Mi” logo on the really small chin and it’s clean throughout. The Al-Mg alloy chassis makes for fairly decent build quality but there is some flex and it doesn’t seem as durable as the Mi Notebook Pro from 2019.

The chiclet keys have a scissor mechanism with really shallow travel. The keyboard also lacks a backlight and that adds to the feeling of the keyboard not feeling great. The trackpad, however, is fairly sizable with multi-touch gestures but the palm rejection is something they could improve upon.

Xiaomi has slimmed down the bezels down to 3mm, which helps to accommodate a 14-inch display in a smaller chassis. This 14-inch panel is a 1920x1080p panel with a matte, anti-glare coating. The Mi Notebook 14 Horizon Edition comes in at 1.35 kgs which makes for an ultraportable laptop.

The Mi Notebook 14 comes with a 10th generation Comet Lake Core i7-10510U CPU and NVIDIA’s MX350. This makes for a pretty competent combination for some light gaming.

The 10th-gen i7 would be great for your daily tasks but you still wouldn’t be able to play PUBG on it. It is oriented towards the productivity focussed users over gamers and the specs paint a rather good picture for that.

Xiaomi provides a pretty good array of I/O options with a 3.5mm jack, an HDMI 1.4b port, two USB 3.1s, one USB 2.0, and a USB-C port. Unfortunately, the USB-C does not support charging and you still have to use Xiaomi’s charger. The 65W charger does charge up the 46Wh battery pretty fast and the Mi Notebook is supposed to deliver up to 10 hours of usage.

There are two variants of the Mi Notebook launching in India and here’s a price list of the various SKUs.

So is this your new Work-from-Home workstation?

The Mi Notebook 14 Horizon Edition is somewhere in the middle of the Notebook Air and Notebook Pro and as an entry-level laptop, it is a good laptop for the price. Personally, the shallow keyboard travel and lack of backlighting and webcam are big tradeoffs for me and I would wait for the next release, but if you want something immediately for work, you wouldn’t go wrong with this laptop.

The post Mi Notebook 14 Horizon Edition: Is This the Work-from-Home Laptop You Were Looking For? appeared first on TechQuila.

This post first appeared on TechQuila, please read the originial post: here
People also like
With a baffling Q4 looming, here’s how publishers are navigating these murky waters
Erik ten Hag backs himself to turn things around at Man United
Xiaomi Opens its First Authorized Store in Nigeria
NEWS: Makhadzi says Cassper Nyovest was her inspiration
Dutchie Pay: Dutchie Launches A Cashless Future For Cannabis
How to Help Your Husband Get On Board With Prepping – Part 1

Mi Notebook 14 Horizon Edition: Is This the Work-from-Home Laptop You Were Looking For?