The death of George Floyd brought a wave of change and intolerance against police brutality and Racism in Hollywood. Hundreds of stars have yet again come together to sign an open letter calling out leaders in the theatre industry for neglecting to acknowledge their own white privilege and to lift up people of colour.

Karen S. Wiesner, Tension and Twists,…
Unpacking the Historical Relationship…
7 Best Debit Cards For Kids
“The Friend Who May Not Seem a Friend…
5 Ways To Get Paid To Play Games

Actors, including Sterling K. Brown, Viola Davis, Katori Hall, Lin-Manuel Miranda, Lynn Nottage, Leslie Odom Jr., Sandra Oh, Jeremy Pope, Billy Porter, Issa Rae, Cynthia Erivo, Uzo Aduba, Andre Holland and Danielle Brooks, have signed the letter — titled “We See You, White American Theater” — as “The Ground We Stand On,” a reference to August Wilson’s play based on his 1996 book The Ground on Which I Stand. The book serves as a literary call to African Americans to challenge the racist establishment by taking back their culture and advocating for Black storytelling to be considered as important as its White counterpart.

Last year, an annual study from the Asian American Performers Action Coalition (AAPAC) found that in the 2016-17 theatrical season, 86.8% of shows were written by white playwrights. White performers also held 66.8% of roles and were the only group over-represented in relation to their demographic footprint in New York City.

The letter also says that people of colour are made to “jump through hoops” so that institutions appear diverse, including appearing at galas, panels, and dinners; and that when people of colour are given leadership positions or development opportunities, they are “undermined” or “quieted into obedience at the expense of our art and integrity.” 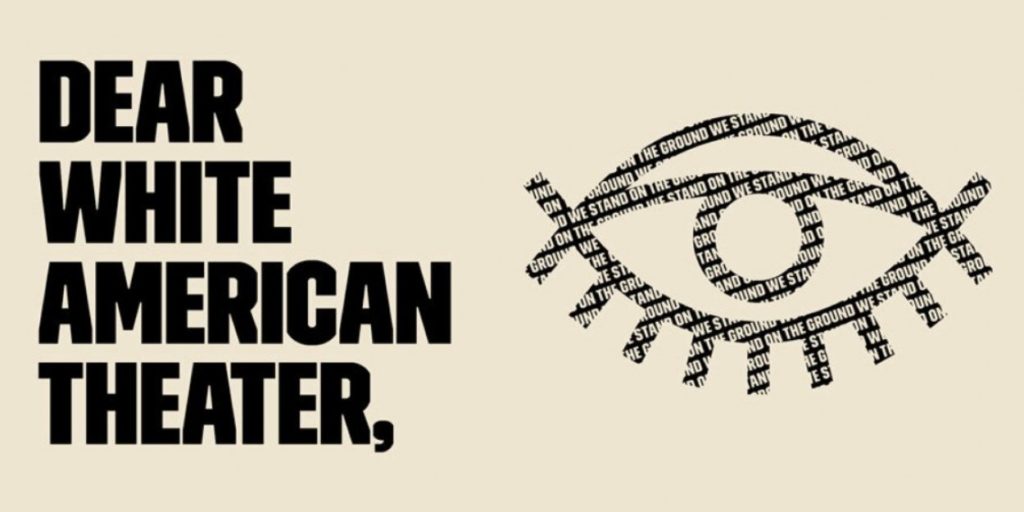 The full open letter to The White American Theatre reads:

We come together as a community of Black, Indigenous, and People of Color (BIPOC) theatremakers, in the legacy of August Wilson’s “The Ground on Which I Stand,” to let you know exactly what ground we stand on in the wake of our nation’s civic unrest.

We have watched you un-challenge your white privilege, inviting us to traffic in the very racism and patriarchy that festers in our bodies, while we protest against it on your stages. We see you.

We have watched you program play after play, written, directed, cast, choreographed, designed, acted, dramaturged and produced by your rosters of white theatermakers for white audiences, while relegating a token, if any, slot for a BIPOC play. We see you.

We have watched you amplify our voices when we are heralded by the press, but refuse to defend our aesthetic when we are not, allowing our livelihoods to be destroyed by a monolithic and racist critical culture. We see you.

We have watched you inadequately compare us to each other, allowing the failure of entire productions to be attributed to decisions you forced upon us for the comfort of your theater’s white patrons. Meanwhile, you continue to deprioritize the broadening of your audiences by building NO relationship with our communities. We see you.

We have watched you harm your BIPOC staff members, asking us to do your emotional labor by writing your Equity, Diversity and Inclusion statements. When we demanded you live up to your own creeds, you cowered behind old racist laments of feeling threatened, and then discarded us along with the values you claim to uphold. We see you.

We have watched you discredit the contributions of BIPOC theatres, only to co-opt and annex our work, our scholars, our talent, and our funding. We see you.

We have watched you turn a blind eye as unions refuse to confront their racism and integrate their ranks, muting the authenticity of our culture and only reserving space for us to shine out front on your stages but never behind them. We see you.

We have watched you dangle opportunities like carrots before emerging BIPOC artists, using the power of development, production, and awards to quiet us into obedience at the expense of our art and integrity. We see you.

We have watched you use our BIPOC faces on your brochures, asking us to politely shuffle at your galas, talkbacks, panels, board meetings, and donor dinners, in rooms full of white faces, without being willing to defend the sanctity of our bodies beyond the stages you make us jump through hoops to be considered for. We see you. 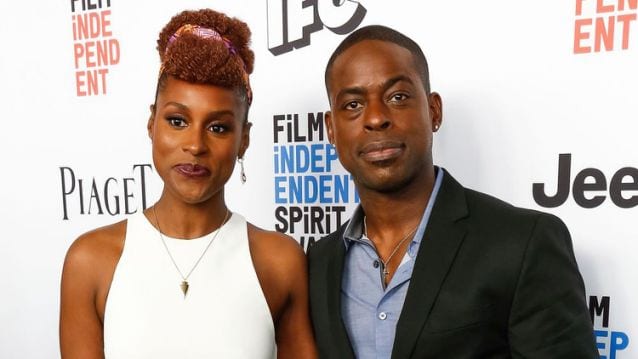 We have watched you hustle for local, federal, foundation and private funding on our backs, only to redirect the funds into general operating accounts to cover your deficits from years of fiscal mismanagement. We see you.

We have watched you hire the first BIPOC artists in executive leadership, only to undermine our innovations and vision of creating equitable institutions, by suffocating our efforts with your fear, inadequacy, and mediocrity. We see you.

We have watched you attend one “undoing racism workshop,” espousing to funders you are doing the work, without any changes to your programming or leadership. You’ve been unwilling to even say the words “anti-racism” to your boards out of fear of them divesting from your institutions, prioritizing their privilege over our safety. We see you.

Another petition made the rounds on Change.org this week calling for the Apollo Theater to be recognized as an official Broadway theatre. Such a move would allow Apollo productions to become Tony-eligible. Till now, around 15,000 people have signed, but the idea has also gained criticism on Twitter.

This post first appeared on TechQuila, please read the originial post: here
People also like
Karen S. Wiesner, Tension and Twists, Part 2 (Writer's Craft Article)
Unpacking the Historical Relationship of Racism and Ableism
7 Best Debit Cards For Kids
“The Friend Who May Not Seem a Friend” – The Cat and the Fire, Post 2 of 3
5 Ways To Get Paid To Play Games
Top Ten Feats of Small Business Owner Superheroes!
It’s Me – Chapter 26
Exclusive Interview With Ankit ‘V3nom’ Panth, Founder of Team Brutality On Being a Red Bull Athlete, The State of Esports In India and More