There’s a racial and cultural movement that is currently ongoing in the form of protests and riots across cities in the United States. The Black Lives Matter movement has been sparked to life due to the death of George Floyd, an unarmed man, due to police brutality in Minneapolis.

Canadian Online Casinos at its Best
Building a Talent Pool in a Tight Mar…
Top Back-To-School Preparation Tips &…
Florence in One Day: How to Plan the …
A Balanced Response to Allen Gwinn

Apple’s Siri, Google Assistant and Alexa have been updated to respond to these questions primarily to show how these companies have extended support and are in solidarity with the movement happening across the world. Tech company executives haven’t gone all out there and explicitly uttered the phrase but they have programmed their voice assistants to answer these questions pertaining to the movement.

Here are the responses by the respective voice assistants when asked this question “Do Black Lives Matter?”

Apple’s Siri answers  “Yes, Black lives matter.” Siri gives a more detailed answer compared to the other voice assistants when asked: “Do all lives matter?” It is heard saying, “’All Lives Matter’ which has been heard in response to the phrase ‘Black Lives Matter,’ but it does not represent the same concerns. To learn more about the Black Lives Matter human rights movement, visit BlackLivesMatter.com.” 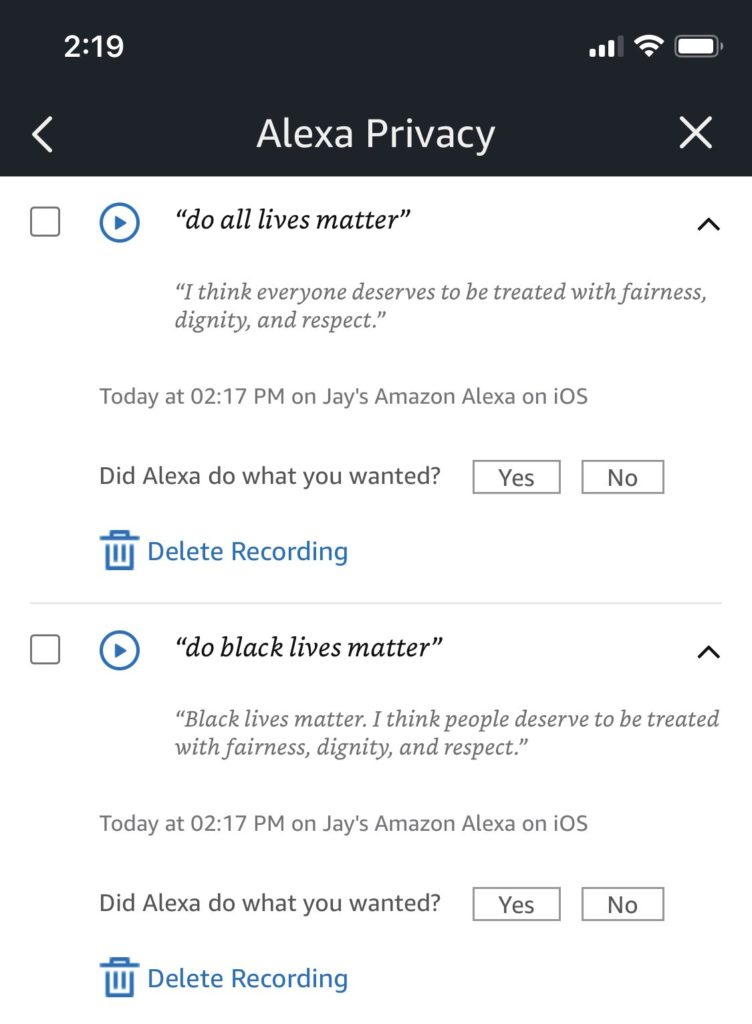 Amazon’s Alexa doesn’t get the answer quite right as it says, “Black lives matter. I think everyone deserves to be treated with fairness, dignity and respect.” Amazon CEO Jeff Bezos last week publicly stated to a customer who had used the phrase in an email.

Samsung’s Bixby shows that it is not updated with the recent happenings because when asked the same question which is found on its Galaxy devices and in the Galaxy Home smart speaker, says “I don’t have an answer for that” when asked both “Do all lives matter?” and “Do black lives matter?”

Each of the CEOs has addressed racism and acknowledged through their statements that black people are mistreated and that they fear for their safety much more compared to somebody who belongs to the race which is supreme in terms of how they are treated.

This post first appeared on TechQuila, please read the originial post: here
People also like
Canadian Online Casinos at its Best
Building a Talent Pool in a Tight Market
Top Back-To-School Preparation Tips & Activities
Florence in One Day: How to Plan the Perfect Itinerary
A Balanced Response to Allen Gwinn
18+ Adult Movies Of All Time To Fulfill All Your Sexual Fantasies| Lolita, Exotica and More
7 Reasons Why You Should Hire A Female Divorce Attorney
Carpenter Ants in House