The reality TV host-turned US president, Donald Trump’s Star on Hollywood’s Walk Of Fame is yet again vandalized since his presidential campaign began, although it is destroyed the most this time. Trump’s star has been destroyed before — with spray paint, a swastika, a “mute” symbol, spit, a sledgehammer and a pick-axe, and more — at various stages of his presidency. After all, he is a controversial president.

Discover the Magic of Venice in Novem…
How Anyone Can Become Good at Blackja…
Homemade No Churn Raspberry Ice Cream
Mr Vegas Casino Review – Get up to a …
Quakers, radicals and witches: a walk…

Despite constant calls to remove Trump’s section of the walk altogether, the Hollywood Chamber of Commerce has stood firmly by its policy of preserving every star for historical value.

The LAPD reported that the case is an ongoing investigation and there are currently no suspects in custody.

On social media, photos showed the street tile in several stages that appeared to be the result of a team effort. Some crossed out Trump’s name, others drew male genitals or wrote various curse words. At one point, faeces seemed to be smeared across the surface. And eventually, the star was completely blacked out with spray paint alongside a giant, final “BLM.” 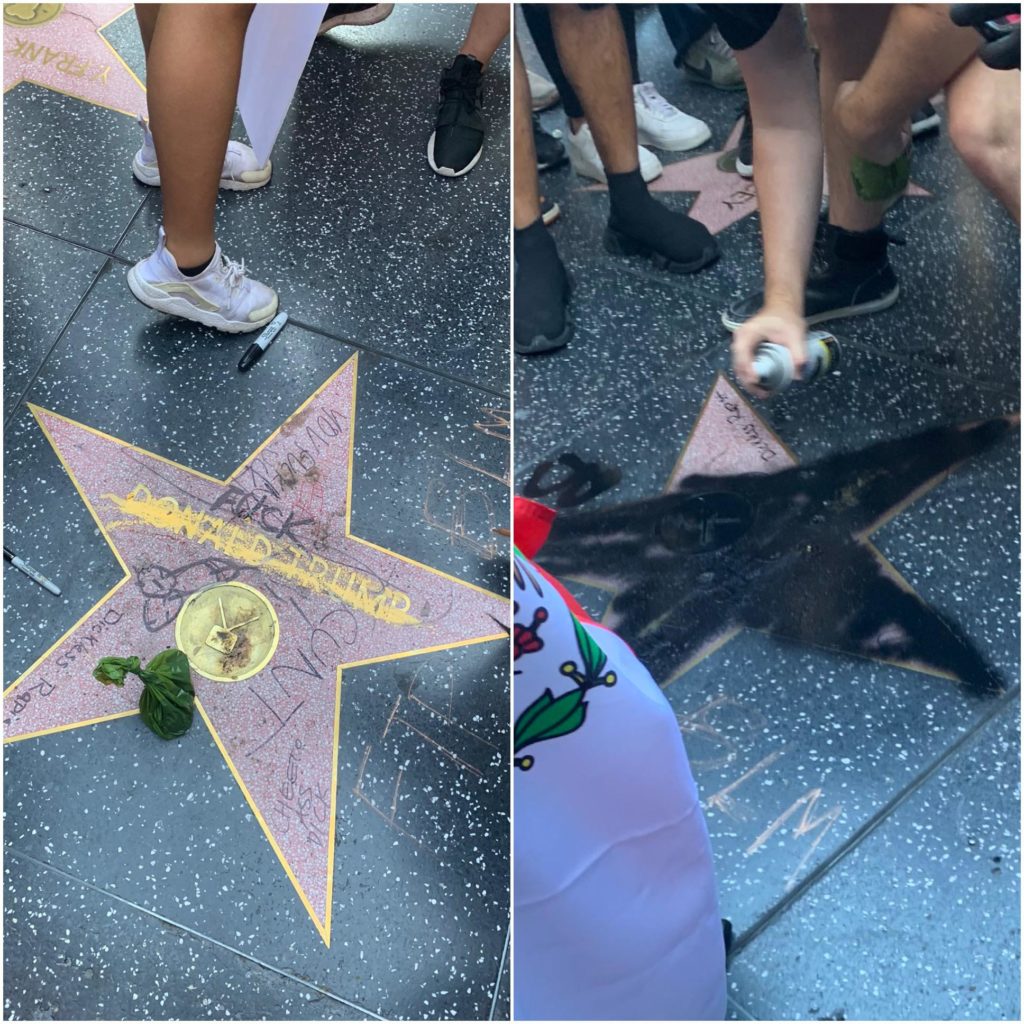 The vandalism is an outcome of his controversial statements on the ongoing protests across the U.S. in the wake of George Floyd’s death. Trump has drawn criticism for threatening to mobilize the military and tweeting aggressive statements such as, “When the looting starts, the shooting starts.” To which the Houston police chief said, “Let me just say this to the President of the United States, on behalf of the police chiefs of this country: please, if you don’t have something constructive to say, keep your mouth shut.”

Sunday’s Hollywood protest appeared to be the largest of several overwhelmingly peaceful gatherings across Southern California. This weekend, the protest featured the Compton Cowboys, a spirited caravan of motorcycles and hundreds of sign-waving demonstrators.

Earlier, Twitter disabled Trump’s video which was a part of his tribute campaign for Floyd. Ever since Trump came into power, he has been in limelight for something or the other and usually, it isn’t something praiseworthy. The reoccurring vandalism of his star on Walk Of Fame is an indication of people’s frustration with the government and the policies. Hollywood stood in solidarity with the protestors demanding the end of racism and brutality in the U.S.

While most of the protests have been peaceful and organized, Trump’s repeated tweets have sparked arguments amongst the citizens. With a constant plea to vote.

This post first appeared on TechQuila, please read the originial post: here
People also like
Discover the Magic of Venice in November
How Anyone Can Become Good at Blackjack
Homemade No Churn Raspberry Ice Cream
Mr Vegas Casino Review – Get up to a £200 Bonus on your First Deposit
Quakers, radicals and witches: a walk back in time on Pendle Hill
Recruiting Gen Z in Healthcare