Oprah Winfrey to Host a Two Night Special ‘Where Do We Go From Here?’

Oprah Winfrey is on the way to host a two-night special show named Where Do We Go From Here?

The special comes in the wake of George Floyd’s killing by Derek Chauvin, a Minneapolis police officer, on May 25. The killing ensued a series of protests against systemic racism and police brutality throughout America. Earlier, various Hollywood celebrities and streaming giants stood in solidarity with the protestors demanding justice and an end to racial discrimination in the U.S.

Oprah Winfrey has now announced plans to host a two-night special looking at the country’s civil unrest with OWN Spotlight: Where Do We Go From Here? on June 9 and 10 at 9 p.m. ET and will also be simulcast across the network’s parent company Discovery’s 18 other networks. 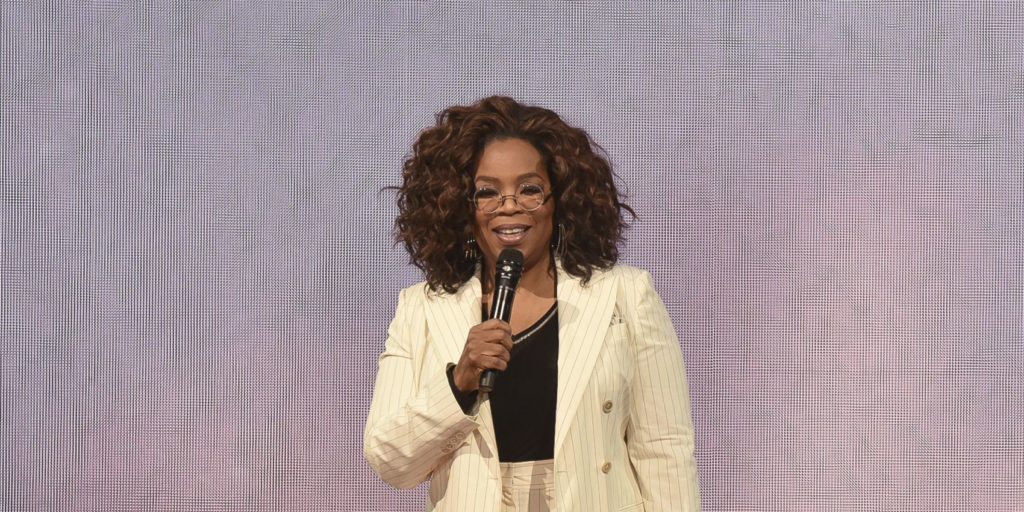 “I’ve been having private conversations with friends and thought leaders about what’s next and where we go from here,” Winfrey said in a statement to Variety. “I thought it would be both of interest and service to bring their ideas, concerns, and comments into a national spotlight.”

“I’ve been trying to process what can be said or heard at this moment. I haven’t been able to get the image of the knee on his neck out of my head. It’s there every morning when I rise and when I go through the ordinary duties of the day,” Winfrey wrote. “While pouring coffee, lacing my shoes, and taking a breath, I think: He doesn’t get to do this. And now the video from the other angle of the two officers pinning him down. My heart sinks even deeper.” “His family and friends say he was a gentle giant. His death has now shown us he had a giant soul. If the largeness of a soul is determined by its sphere of influence, George Floyd is a Mighty soul. #GeorgeFloyd: We speak your name. But this time we will not let your name be just a hashtag. Your spirit is lifted by the cries of all of us who call for justice in your name!” she added.

This weekend, CNN and Sesame Street combined forces to host a second town hall to address racism with the 60-minute special Coming Together: Standing Up to Racism. A CNN/Sesame Street Town Hall for Kids and Families, airing June 6 (10 a.m. ET/7 PT).

The post Oprah Winfrey to Host a Two Night Special ‘Where Do We Go From Here?’ appeared first on TechQuila.

This post first appeared on TechQuila, please read the originial post: here
People also like
Short Happiness Quotes From Famous and Unknown People
Greyhound Will Stream on Apple TV+ on 10th July
Lindsey Myers: A Communications Expert Driving Growth Solutions
Beautiful Celebrity Couple Pics
Resilience of African American Women (Inspiration)
Apple Announces Video Subscription Service – Apple TV+
Rajah Rock Predicts The Future!
Let's Talk About Role Models
Step by Step how to get free tickets to see Beyoncé, Jay-Z, Usher, and Oprah headed to SA for Global Citizen Festival
The Yin and Yang of Tea: A Balanced Look at Tea's Benefits By Yang-Chu Higgins
How Genital Body Image Impacts Our Sex Life
How Your Dreams Can Be Blocked By Chasing The Money
2018 GOLDEN GLOBES - Hollywood's Call
Olso City Break: What to do in Oslo
Competition: The Good, The Bad and The Ugly

Oprah Winfrey to Host a Two Night Special ‘Where Do We Go From Here?’