Directed by Olivier Megaton, The Last Days of American Crimes is an American crime action thriller film written by Karl Gajdusek. The film is based on Rick Remender and Greg Tocchini’s 2009 graphic novel of the same title. After almost a decade of development, the feature film finally came on screen. The movie is, however, slow and boring and has nothing to hold you to it except for an excellent performance by Michael Pitt as Kevin Cash. He is often able to turn in eccentric-yet-nuanced performances, but the other characters are bitter and uninteresting.

The premise of the film is set sometime after 2025 where the American Government is ready to release an API signal which is aimed at making America crime-free. The 149-minutes long film is easily a crime in itself. The storyline is predictable and you would just feel sleepy and sorry for watching this film.

Bricke (Édgar Ramírez), one of the best thieves in the business, is all broken up not just because he and his kind are done for but also because of the death of his brother, who, he’s told, took his own life in prison. Bricke is basically given the bare bones of generic action (anti)hero. He’s the “responsible” one. He sulks because of his love for his brother. And well, that’s pretty much it.

Until one fine day when Kevin, a drug lord’s son (Michael Pitt), and Shelby, a hacker (Anna Brewster), convince him to be a part of a heist less than a week before the API signal goes into effect. The plan is to make it the last historic crime in America. And obviously, as soon as Kevin tells him that his brother (Rory) and he were friends, the expected happens and he agrees. Soon it is exposed that Shelby has been working with the FBI because they have her sister hostage. Bricke knows Shelby’s secrets but, as usual, he chooses to not let her secret out and continues working. He’s a determined thief, after all. With action sequences and murders, the film makes it to its end with a successful heist… which costs them their own lives. 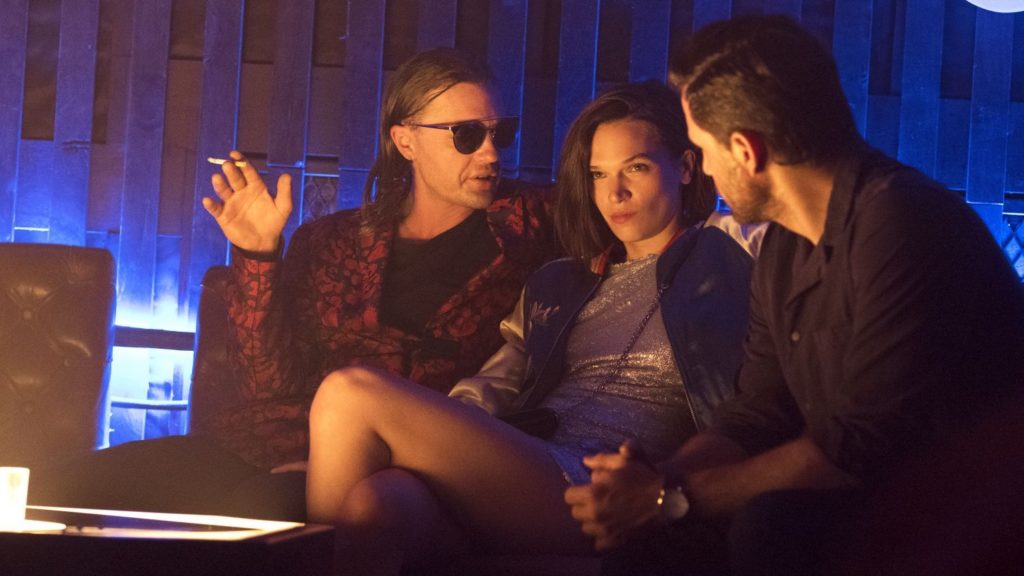 (L-R) Michael Pitt, Anna Brewster and Édgar Ramírez as Kevin , Shelby and Bricke in The Last Days Of American Crime

If you’re looking for a film with a basic storyline and plenty of action you may as well watch Extraction. The film features action sequences in grandeur throughout its runtime.

The Last Days Of American Crime ends with the death of most of its cast members. While Shelby moves to Canada with her sister, Bricke dies as soon as they reach Canada. Because why would anyone want a peaceful end to a crime thriller, right? The movie also manages to fit an absurd love angle between Shelby and Bricke. Their love is bland and nothing more than sexual. The film more or less fantasizes about the future of American fascism which almost feels like disrepair of duty when the country is on the verge of becoming a police state in real life. 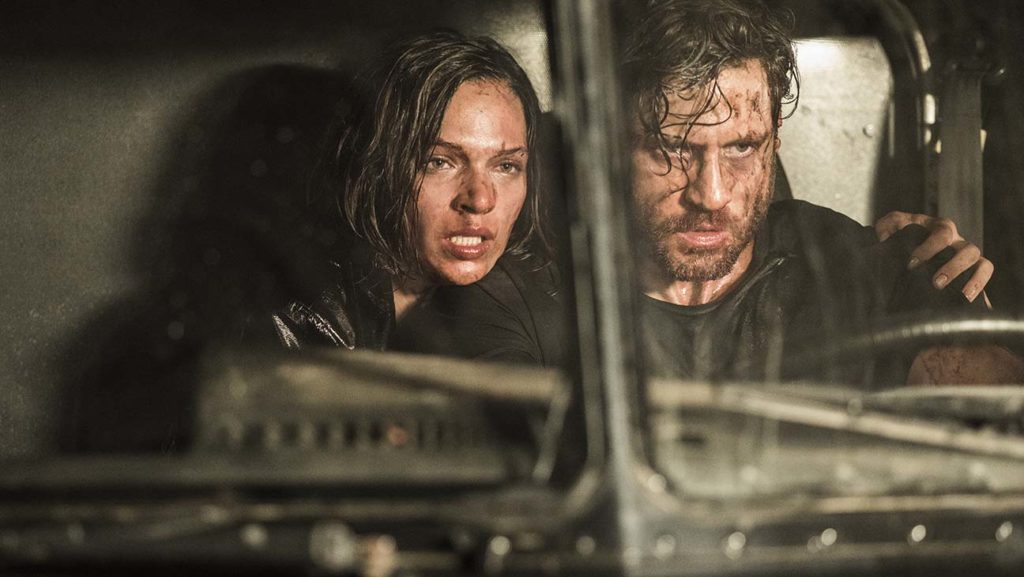 For a film that is supposed to offer a captivating critique of American amorality, not a frame of it appears to have been shot in the U.S. The movie is bland in various aspects and is passable. The trailer of the film came up with a lot of hope for a good crime thriller to watch during the lockdown. But the film just didn’t fit the expectations of the viewers. The Last Days Of American Crime is overall a dull dystopian thriller. If you’re still planning to watch The Last Days Of American Crime, Michael Pitt as Kevin is your best bet – he is the only watchable part of the movie.

The Last Days Of American Crime is now streaming on Netflix.