The Turning Review: A Boring Tale of an Excellent Source Material

I think in 2020, creators realised that the year itself would be bone-chilling enough, and thus making quality horror movies was not necessary. It’s evident from the number of disappointing horrors that I’ve seen in the past few weeks itself. And The Turning isn’t different from that list.

The Turning is an adaptation of the 1898 story The Turn of the Screw by Henry James. The film stars Mackenzie Davis, Finn Wolfhard, Brooklynn Prince and Joely Richardson in titular roles.

Crazy runs in the family

The Turning follows Kate who is a young teacher and takes up the job of a governess to young Flora at the Fairchild Estate. However, she soon realises that things aren’t great at her new place of work. Very quickly she comes to know that Quint, the former riding instructor, died there and the former governess ran away. However, that proves to not be the case. There’s also Miles, Flora’s older brother, who is the perfect definition of a brat. Oh, and we also have Kate’s mother who suffers from delusions (this will be important later.)

The movie is a mess of a lot of things. Let’s focus on the supernatural aspect first. Or is it even a supernatural aspect because I am honestly not sure. The supernatural aspects were few and far between and were hilarious at best. Kate, in one scene, gets attacked by a dismembered hand and it felt like she was playing with Thing from The Addams Family. I laughed out loud at the scene. Also, I weirdly realised at one point that Kate falls into pools a lot. There are also a lot of scenes in the dark where she runs around looking scared but the audience fails to feel her fear. 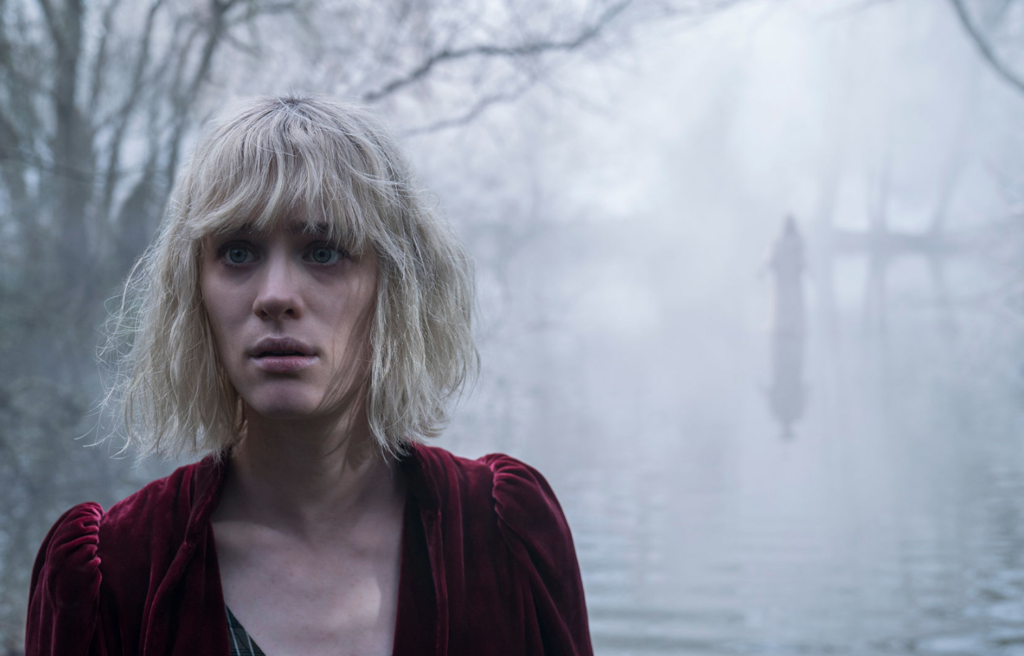 Something interesting actually could’ve been done in The Turning with its ambiguity. There were a lot of themes that the movie could’ve delved deeper into. However, it tried to have everything at the same place and that is probably where it falls into its own fiery trap. There’s abuse at the place of employment which is horrible in itself, there’s a spooky kid angle, there’s rape and murder and the ever-looming mental health angle. And they added supernatural elements to the mix. You can’t have it all, you know? You have to choose one thing and focus on it.

Taking about ambiguity, let’s focus on the ending. The ending of The Turning is… horrible. Kate realises that there are horrible things taking place in the house and goes to confront the kids about it. They, however, dismiss her claims and leave. We then go into Kate’s eyes and see her (probably) in a mental institution where she sees her mother. She turns around to face Kate, she screams and the movie ends. I mean. What am I supposed to think about that ending? Because it doesn’t make sense. Did she get scared seeing her mother? Was it her? What does this have to do with the kids and the estate that we have been watching for the past one and a half hours? I am confused. And the movie doesn’t bother clearing it out.

As I said, I love myself an ambiguous ending. But ambiguity doesn’t mean that I’ll show you an apple and then ask you how far do you think a banana can run. It’s silly.

Last but not least 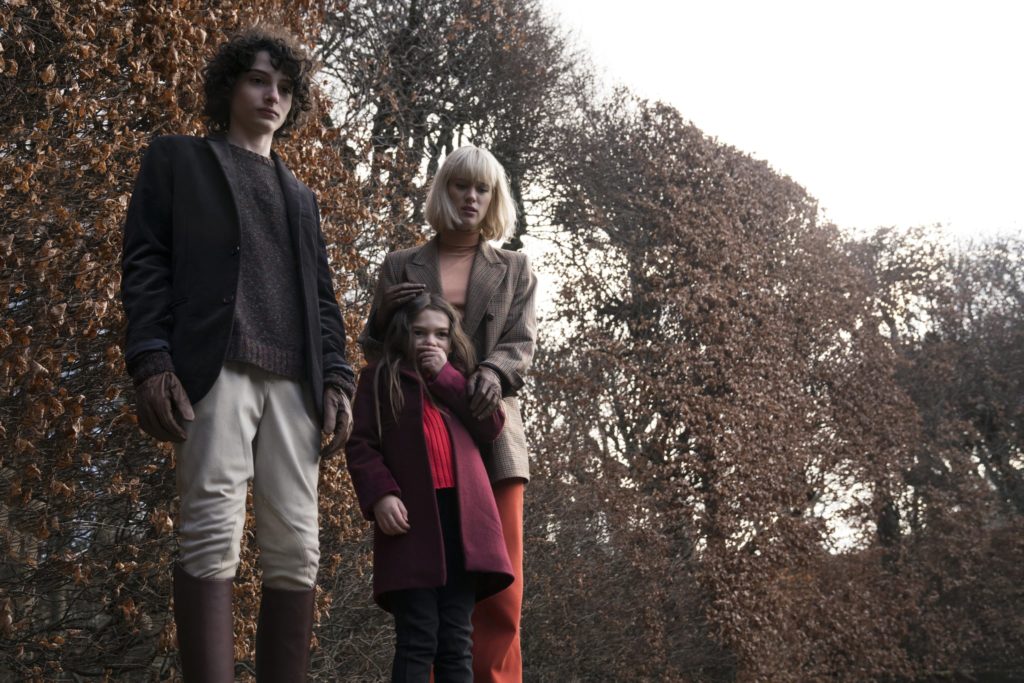 Mackenzie Davis as the terrified Kate does what she can with her role. However, there’s not much to salvage here. Honestly, there’s only so much you can do when your only role is to cry and have weepy eyes, get wet and run. Kate is flat and without any depth. Finn Wolfhard and Brooklynn Prince as Miles and Flora are wasted potential. Both are really good actors and do what little they are given. However, I must say that Flora is the light of this movie and was a delight to watch.

There’s not a lot to do these days, sitting at home. However, there are a lot of other movies to watch that won’t make you feel more bored than you already are. Probably give The Turning a skip.

The post The Turning Review: A Boring Tale of an Excellent Source Material appeared first on TechQuila.

The Turning Review: A Boring Tale of an Excellent Source Material