Back when I purchased the OnePlus Bullets Wireless V1, people christened me crazy. “Why would you spend upwards of 4000 INR on a pair of Bluetooth earphones when you can buy better wired earphones for a fraction of the cost?” This was back when most smartphones still had their headphone jacks. Obviously. Call me an oracle of sorts, but I knew that for all the reasons I loved the original Bullets, they would be sought after features in almost all wireless earphones a few years down the line (USB-C, fast-charging and instantaneous switching). With features such as these trickling down to more budget offerings (lower manufacturing costs) such as the newly launched OnePlus Bullets Z, does it accomplish enough to warrant my recommendation? Well TLDR, A HUGE YES! Kowalski, analysis! 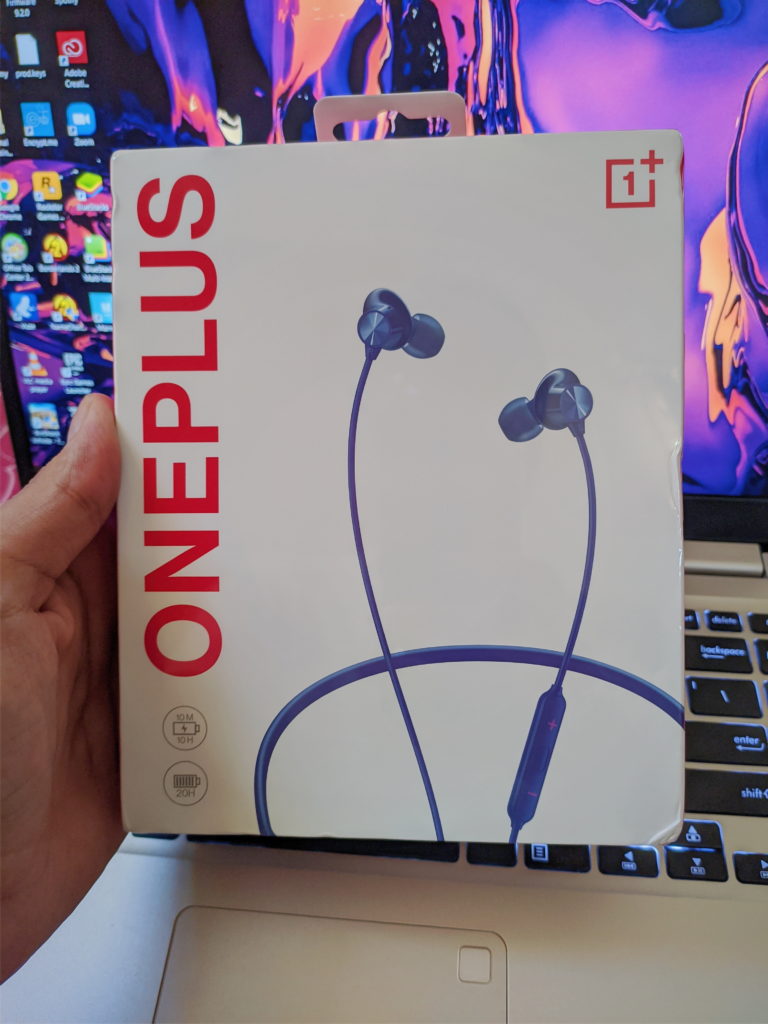 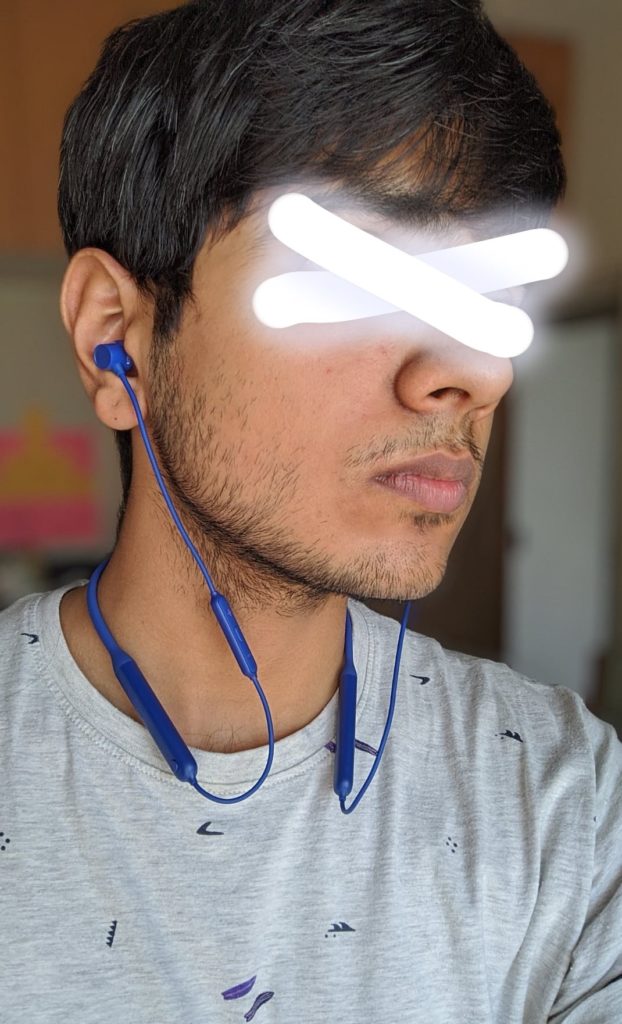 The OnePlus Bullets Z are super light and comfortable!

The Bullets Z takes what I loved about its grandfather (I can feel your stare you know 😒) and polishes it to a point of perfection in terms of comfort. If the Bullets V1 felt a little fiddly with its ear-fins and rather boxy driver enclosure, the Bullets Z seem elegantly moulded and stay in you ear sans the fins. I consider the Bullets Z to have the most comfortable in-ear feel compared to any other pair of earphones I’ve used – price non-withstanding! The earbuds slide into your ear canal like a hot knife through butter and stay there (no matter how harsh your movement). With a soft silicone neckband that seldom reminds you of its existence and the Z’s rather light plastic build, these Bluetooth earphones are a delight to use long term. I’m not exaggerating when I say that these stayed around my neck the entire day! Those of you that lie on your bed all day whilst scrolling, the Bullets Z are flexible enough to be squeezed in the crevice between your neck and favorite pillow (*cue uncomfortable Michael Scott noises*) 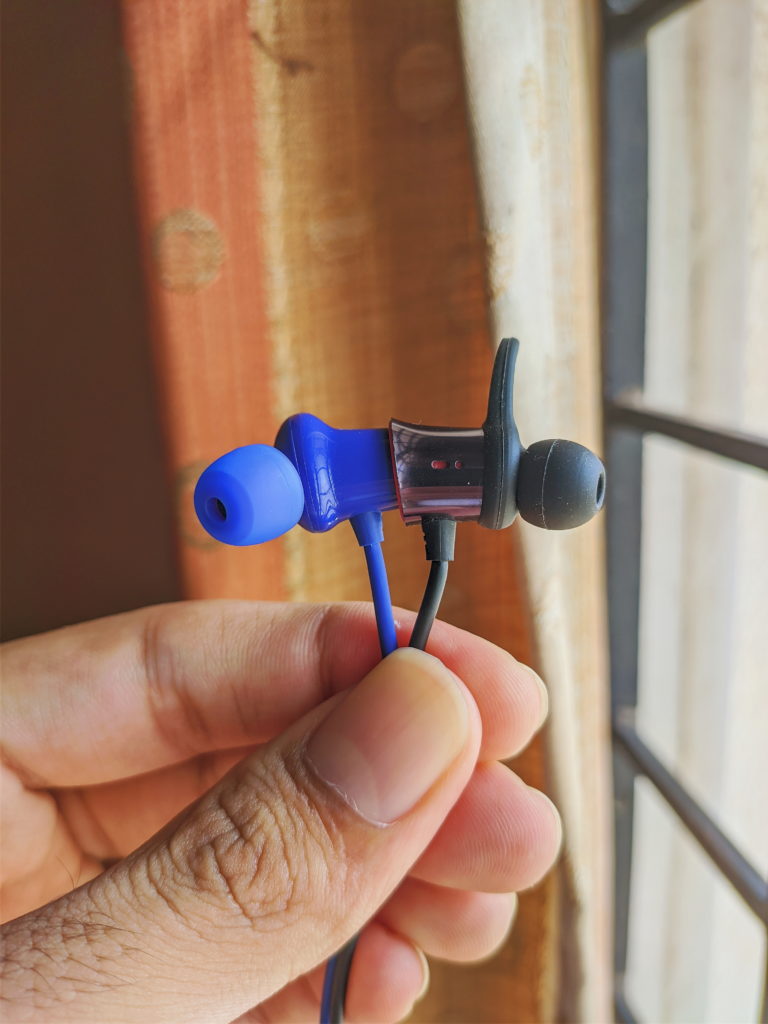 The Bullets Z though sporting a plastic enclosure have more widely reinforced joints compared to the V1.

Surprisingly enough, the Bullets Z seem better built than their predecessor – the V1. Granted the design is practically identical to the V2 which makes this comparison seemingly futile, but there are a few small changes that improve on the already great build quality. The wires seem slightly thicker when placed side by side with the V1 and the joints at the neckband seems to have a thicker plastic cladding that adds to the durability. One of my main complaints with the V1 was the rather minuscule as well as flimsy in-line volume/mic module and OnePlus has finally refined the design! The inline controls are now considerably larger with more tactile buttons and higher placement. More than anything this helps the mic stay in the perfect zone to pick up your voice for calls (more on this later). 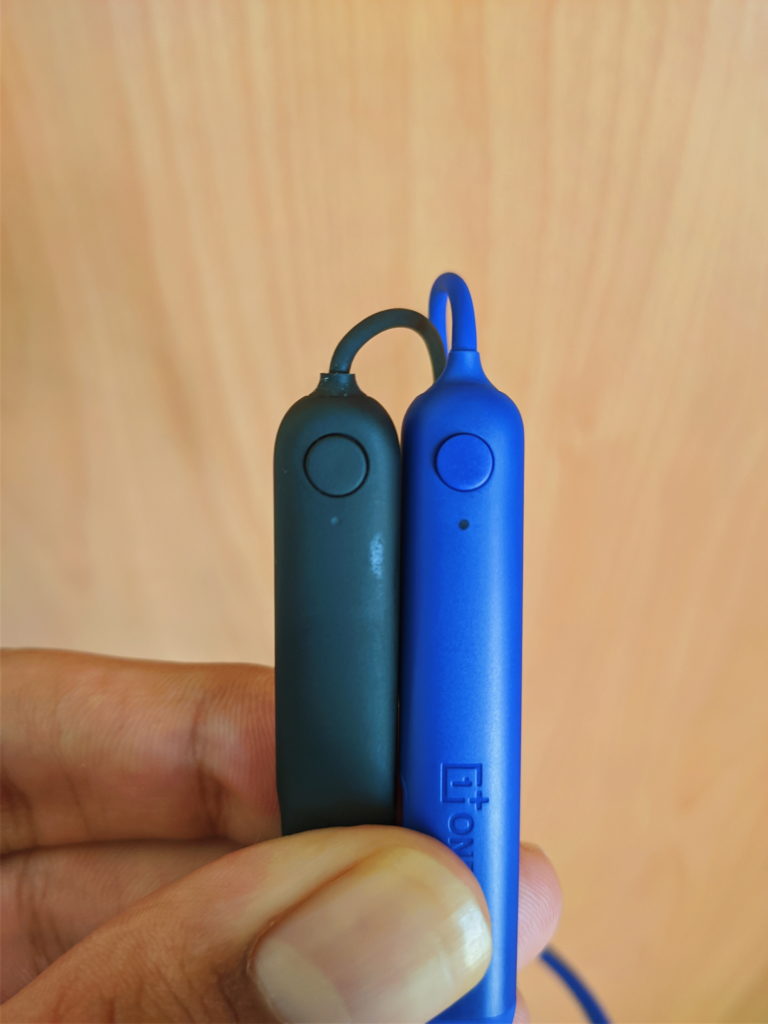 As you can see, the joints are better reinforced on the Bullets Z (the blue one).

Probably the most knock out feature in this price range is the addition of USB-C enabled charging! The cherry you ask? This USB-C port supports 30 W Warp charging via OnePlus’s proprietary charging brick. Well, I didn’t exactly have a Warp charging brick to test this on, so I tried out Xiaomi’s 27 W brick and it offered the stellar charge times that OnePlus advertises on the box. 23 minutes to the second for a full charge with subsequent 18 hours of playback is what I was able to experience with the Z over three consistent charge cycles from 0 percent. Color me mighty impressed! One of the reasons I held on to the first iteration of the Bullets were for its USB-C standard and ridiculous charge speeds – I’m pleased to report that the OnePlus Bullets Z goes above and beyond! 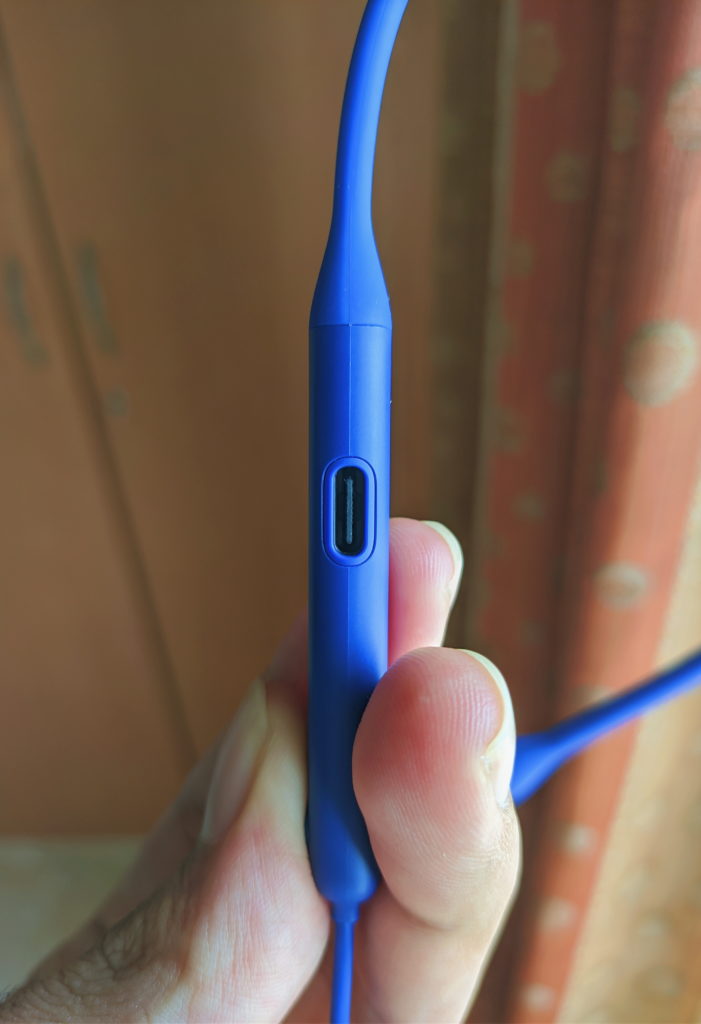 The USB-C makes for a few miracles! 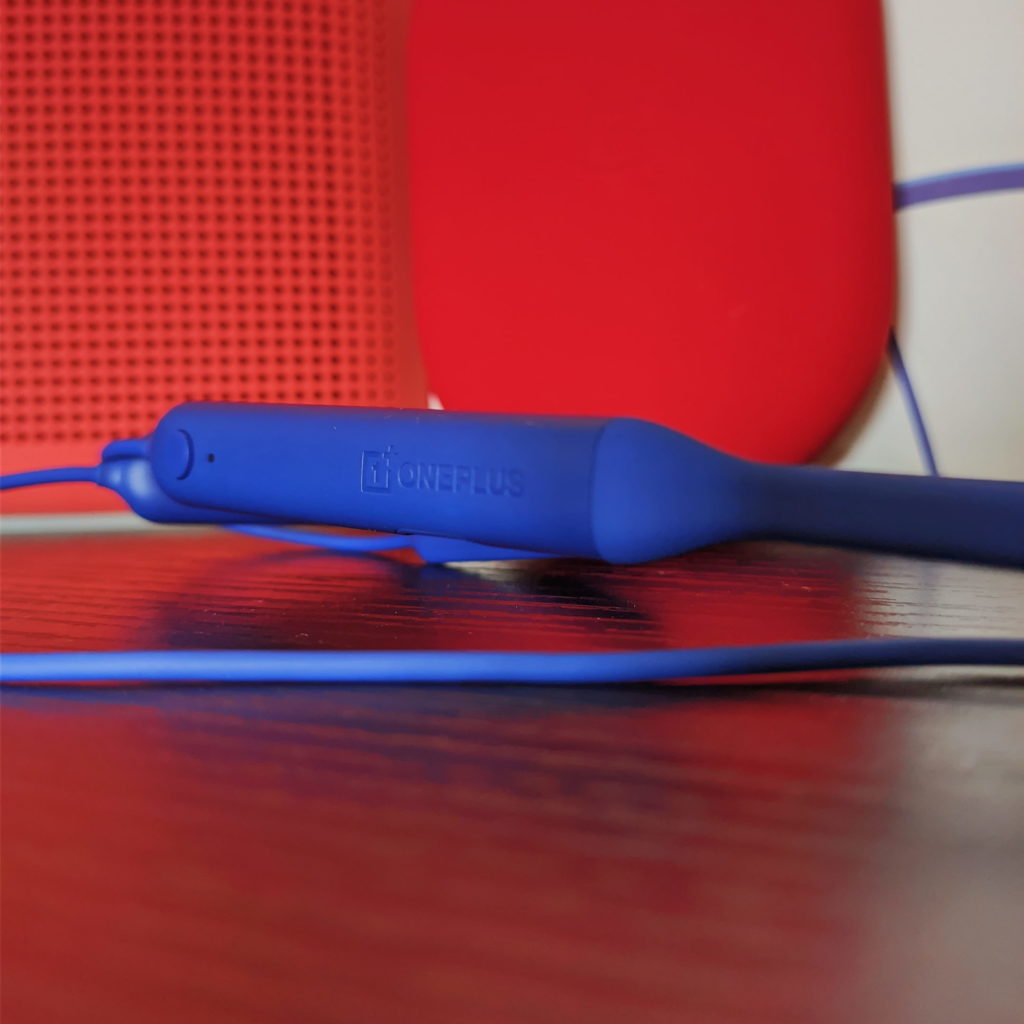 Well let’s get into the nitty gritty now, shall we? For 2000 INR there is no better sounding pair of Bluetooth earphones. Period. The Realme Buds Wireless do come quite close, but I prefer the tighter and less exaggerated bass on the Bullets Wireless Z. These Bullets feel at home with vocal heavy music (very crisp highs and vocals). Instrument separation is bang on with the Z handling “Flow” by Crooked Colors (one of my testing tracks) like a complete boss. Soundstage is great, but if the sound managed to have better spatial placement there wouldn’t be much to differentiate it from the Bullets V2 which costs three times as much! In essence, these sound better than the Bullets V1 that I own thanks to the added “punch” in sound reproduction. Playback definitely feels more warm and enjoyable compared to the V1 thereby dealing with another one of the peeves I had with the original variant.

One of the test tracks I use to test for soundstage!

One small disclaimer though! Make sure you enable the AAC codec for best results. SBC is enabled by default and doesn’t offer the best experience when you’re streaming high fidelity on Spotify Premium. The Z doesn’t offer Apt-X support like its predecessors but it honestly doesn’t make a huge difference unless you’re playing back 90 MB FLAC files to listen to your music (I think not 😉).

Make sure to enable AAC!

Call quality is something the Bullets V1 has excelled in with great noise isolation from your end; and the Oneplus Bullets Wireless Z is no exception! Callers at times preferred the mic on the Z over my phone’s and that’s probably got to do with the placement! The in-line controls/mic are artfully placed thereby allowing for close proximity to the mic during phonecalls!

No complaints here! Bluetooth 5.0 makes from great range with it sometimes extending up to 25 feet which is great stuff! More than anything what I love about the Bullet Wireless Z is the presence of QuickSwitch! Two taps of the dedicated function key and boom, you’re paired to your other device. Switching between my iPad and my phone was a complete breeze and feedback is literally instantaneous. Keep in mind that QuickSwitch only works with two devices at a time – pairing a third device kills functionality with respect to the first one. A third device support is a little too much to ask for at this price point, but would have been an amazing addition for PC users. Another OnePlus Bullets exclusive feature finds its way to the Z in the form of a magnetic clasp that doubles as a closed-circuit shut-off of sorts. Clasping your buds together instantaneously pauses music and shuts off power! If you do own a OnePlus phone, unclasping the buds lets you instantaneously resume playback.

So, should you buy these? 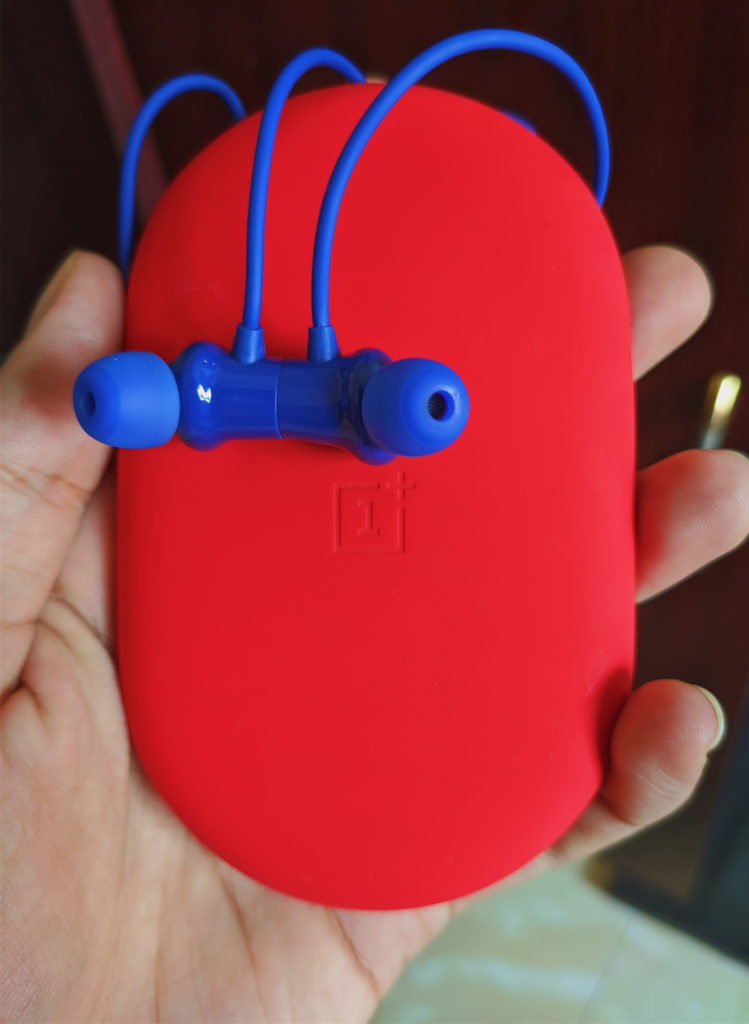 Time to replace my trusty first gen Bullets and plonk these into its nifty carrying case!

A resounding YES! The OnePlus Bullets Wireless Z is every on-a-budget audiophile’s wet dream. With great design, comfortable fit, and a stellar feature set, the Z is an easy recommendation for buyers looking to take the plunge into the wireless earphones space on a tight budget of 2000 INR. If you are a huge bass-head, I’d suggest looking at the Realme Buds Wireless (more on this here). As for me, I’ll personally be plonking these into the trusty silicone case that came with Bullets V1 whilst passing those on to someone else. The OnePlus Bullets Wireless Z is undoubtedly daily-carry material!