LG has revealed the launch of a new budget centric-smartphone in the Q-series – LG Q61 in South Korea. The smartphone comes with a price tag of INR 18757, and it is available in one color option of White.

LG Q61 was revealed for the global markets as K61 back in the month of February this year.

The LG Q61 comes loaded with a display of 6.5-inch Full HD+ IPS with a screen resolution of 2340 x 1080 pixels and an aspect ratio of 19.5:9. The smartphone is supported by a 2.3Ghz Octa-Core MediaTek Helio P35 12nm processor. The smartphone comes with a RAM of 4GB and 64GB of internal storage, which can be further extended to 2TB using a MicroSD card slot.

On the camera part, the phone is equipped with a Quad Rear camera setup with a combination of 48MP primary lens along with an 8MP Ultra wide-angle lens, 2MP macro lens, and a 5MP depth sensor. For the front, there is a 16MP selfie shooter. 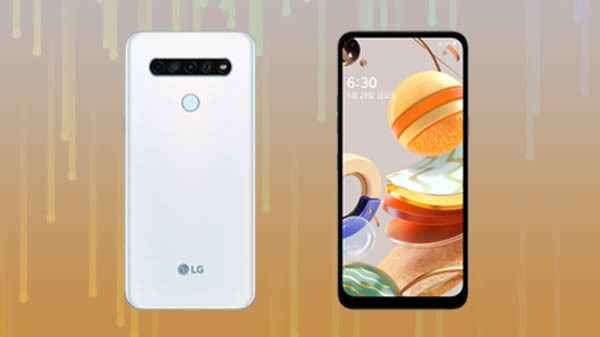 LG Q61 smartphone runs on the Android 10 OS with the company’s own Custom UI running on the top of it.

The phone is loaded with a battery capacity of 4000mAh. There is a fingerprint sensor at the back panel right beneath the camera module.

It also features a dedicated Google Assistant button. For the audio, it comes equipped with a DTS: X 3D Surround Sound for the 7.1 channel experience. The phone also comes with a MIL-STD 810G certification.