Reviews for Intel’s Comet Lake desktop CPUs are finally out and…it’s actually pretty good! While the new processors are still built on a refined 14nm process, it seems like Intel has taken some good design decisions that help the 10th gen CPUs to still beat Ryzen in gaming.

Before we go into more detail, let me preface this by saying that we didn’t get a chance to test out the CPUs ourselves. I’ve taken notes from reviews by many other notable outlets to compile the most important points here.

Alright then let’s get on with it!

Starting with the department where Intel has seen some backlash from the community recently – Thermals this time actually look manageable. Looking at the thermal and power draw charts from Linus Tech Tips’ review, we can see that the chip remains under normal temperatures out of the box. When unlocked, they can get a little toasty, but they do manage to retain their insanely high boost speeds under thermal constraint. Suffice to say that the leaks were proved wrong.

Intel 10th Gen CPUs have some nifty new features like Thermal Velocity Boost. The new algorithmic boosting will make sure your CPU clocks up as high as it can, breaking the 5 GHz barrier constantly as long as you have adequate cooling. Overclocking the chips, while still viable, can get a little tricky. But it seems like they’re following AMD’s Ryzen path in providing the most value to the consumer out of the box.

With Intel 10th Gen CPUs, some new decisions were made to keep thermals under control. These include reducing the thickness of the die, with the IHS made thicker. 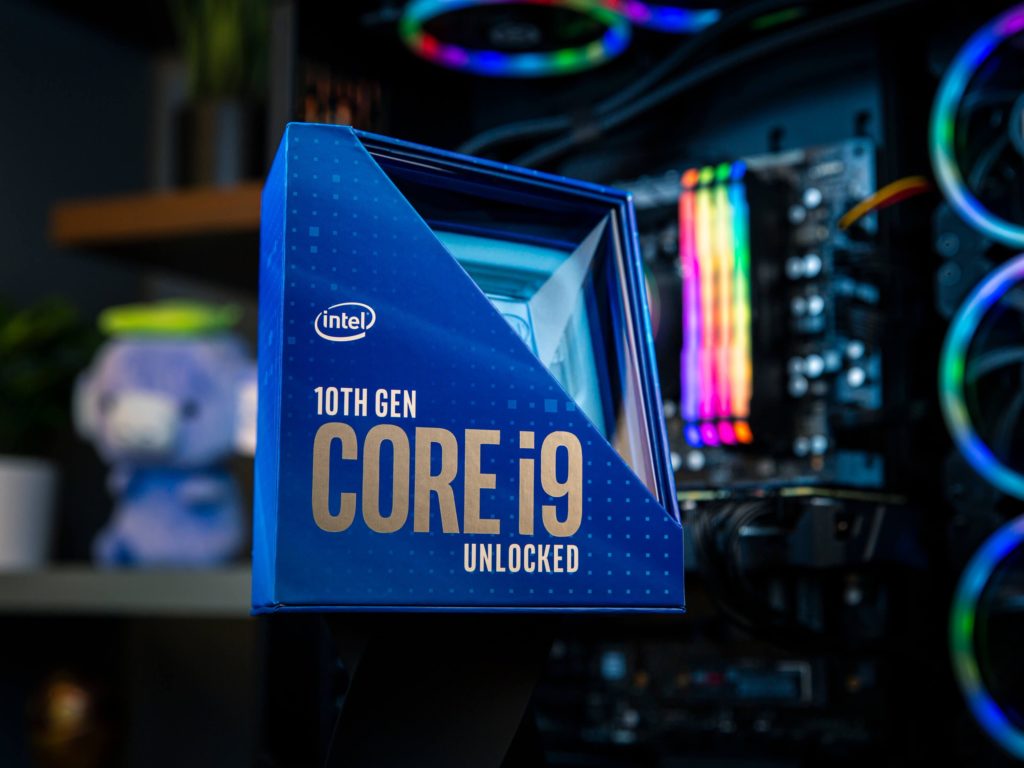 Enter the Core i9-10900K, which aims to replace yesteryear’s gaming champion Core i9-9900K. No surprises here, the new Intel 10th gen CPU is takes the top spot without breaking a sweat. In multiple gaming benchmarks, the Core i9-10900K beats all other high-end processors when it comes to gaming specifically. This is particularly due to two reasons:

The Core i9-10900K houses 10 cores along with hyperthreading, thereby 20 simultaneous threads for multitasking performance. The chip also has a default boost clock of 5.3 GHz, and we know how games love good single-core performance. It’s also possible that the chips are sticking true by Intel’s claims of boosting discrete GPU gaming performance on DirectX 12.

Take a look at the variety of gaming benchmarks Tech Deals did with the conclusion being – Core i9-10900K is the fastest gaming consumer CPU out there.

Value For Money – A Little Better With Hyperthreading Across the Board

Here’s a look at Intel 10th Gen CPUs in terms of specs and pricing:

As you can see, with hyperthreading now available across the lineup, the value proposition for the chips has now increased by a good margin. By bumping up the Core i5s with 6 cores/12 threads under $300, most mainstream gamers should be happy with the performance boosts with them. While the enthusiast-class i7-10700 and i9-10900 chips still demand a premium over AMD’s Ryzen offerings, the new changes made for higher sustained boost clocks could be worth it.

In the end, competition is good for all parties. The Comet Lake processors are still running on an older manufacturing process But it’s good to see that they haven’t completely fallen behind the curve. With Ryzen 4000 just around the corner, competition is going to get real dirty…