Evolution Of Drums And Its Impact On Modern Music

Drums were with us from the dawn of mankind. First as natural objects that we could hit, but later made as real Drums, with membranes made of skins of animals. Drums are the most important part of the rhythm section of any band. It is the only percussion instrument in the world, which requires the use of all four limbs simultaneously.

The Drum Set, as we know it, is an American invention but its roots can be traced back across the world. The brass cymbals used, originated from the Middle East. The side drums, also referred to as “Tom-toms” simulated the sounds that came from the tribal drums of Africa, the bass drum was derived from the Red Indians, and the snare drum dates back to the Tabor, found in 14th Century Europe.

Drums is one of the most difficult instruments to master, which requires excellent hand-eye coordination, limb independence and a good sense of rhythm. Drumming is known to be one of the best forms of exercise, and studies have shown that half an hour of drumming can burn more calories than cycling, weightlifting and hiking. Recreational playing of drums also lowers stress hormones in our body. Drums have played a significant role in the development of modern Music which led to the rise of many distinctive genres- Rock, Metal and Jazz being the most prominent. 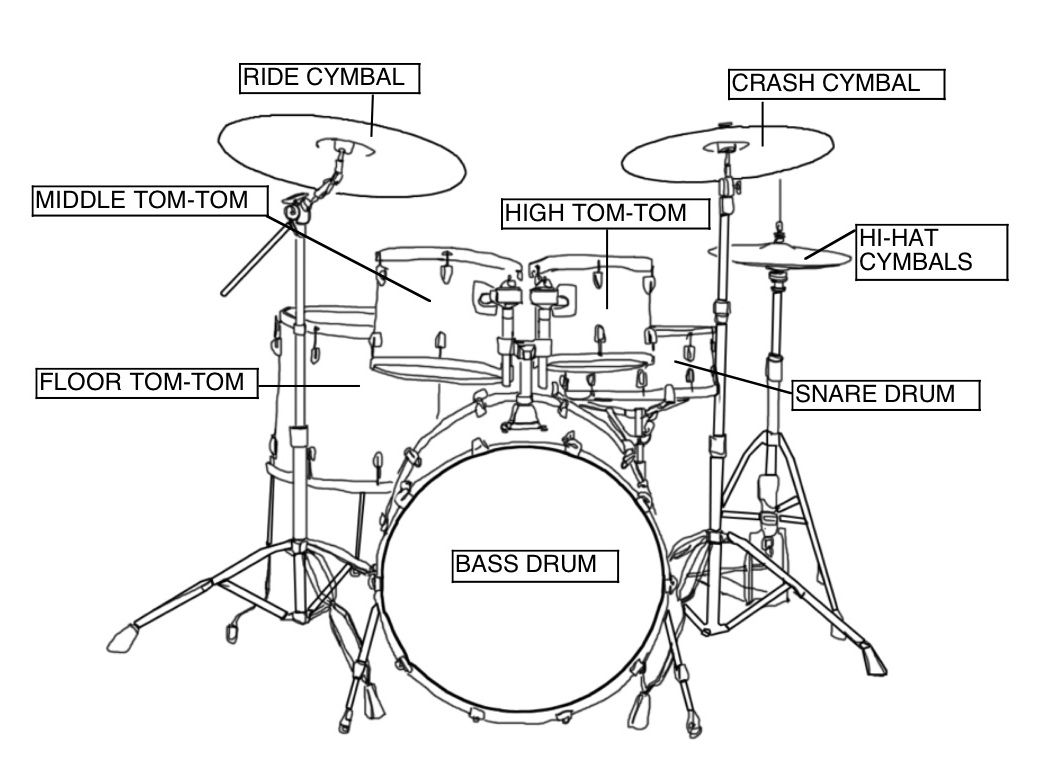 Structure of a common Drum Kit

By the end of World War I, drums had moved from the traditional military-style marching bands, to clubs and bars, with the Original Dixieland Jass Band, one of the earliest pioneers in jazz, based in New Orleans. Jazz drumming styles evolved from the Great American Migration, with all ethnic groups adding some of their own tastes. In the times of racial segregation and bias, Jazz music proved to be a symbol of unity -A common link for people from all walks of life.

In the early 1940s, many jazz musicians, especially African American jazz musicians, started to stray from the popular “swing jazz” music of the 1930s. Their experimentation and quest for deeper expression and freedom on the instrument led to the birth of a new style of music based from Harlem, New York, called ‘Bebop’ music. Whereas swing was a popular music designed for dancing, bebop was a “musician’s music” designed for listening. Some of the greatest drummers of that era were Max Roach and Kenny Clarke. 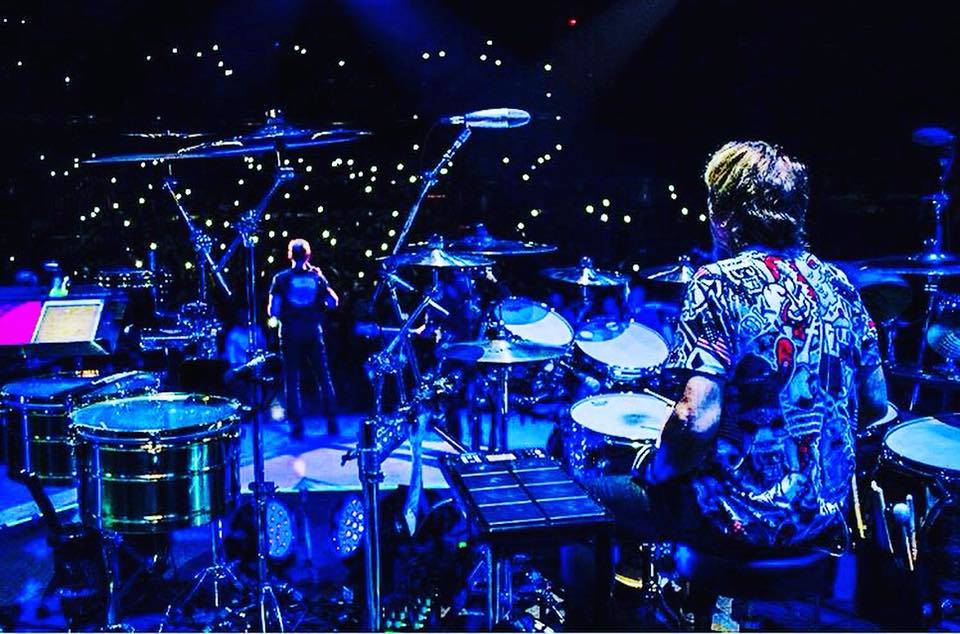 A Drummer at a Concert

The ‘60s saw a major change with rock and roll coming into place. The Beatles became popular, with its drummer, Ringo Starr, playing his famous Ludwig Drum kit. As rock moved from the nightclubs and bars and into stadiums in the 1960s, there was a trend towards bigger drum kits. Louie Bellson assisted in the innovative sizes and sounds of the 1960s drum set by pioneering the use of two bass drums, or the double bass drum kit. By the 1980s, widely popular drummers like Billy Cobham, Carl Palmer, Nicko McBrain, Phill Collins, Stewart Copeland, Simon Phillips and Neil Peart were using large numbers of drums and cymbals.

Heavy Metal came up in the early 1970s, largely in the United Kingdom and the United States. With its roots in blues rock and psychedelic rock, the bands that created heavy metal developed a thick, massive sound, characterized by highly amplified distortion, extended guitar solos, emphatic beats, and overall loudness.

The essence of metal drumming is creating a loud, constant beat for the band using the “trifecta of speed, power, and precision “. A characteristic metal drumming technique is the cymbal choke, which consists of striking a cymbal and then immediately silencing it by grabbing it with the other hand, producing a burst of sound. Main metal bands of that era were AC/DC, Black Sabbath and Iron Maiden.

Despite being one of the oldest instruments in the world, there is a decline in the number of drummers across the world. Sadly today, there are not as many drummers as there are guitarists or other musicians. Traditional Acoustic Drums are slowly being replaced by electronic ones, paving way for Electronic Music to flourish. Despite its losing popularity, Drums continue to play an important role, and are admired by music lovers worldwide.

The post Evolution Of Drums And Its Impact On Modern Music appeared first on TechQuila.

Evolution Of Drums And Its Impact On Modern Music