Dark matter is one of the most elusive substances known to mankind. It has been calculated to be five times more common than regular matter present all around us. It makes up about 85% of the cosmos and yet, we haven’t found a straightforward method to detect it.

From the Classroom to Washington: 202…
What is PT-141 Peptide?
Porphyrin: Definition, Types and Func…
The Scientists – Room Service mix

Until now, Scientists have been able to study this substance by acknowledging its gravitational effects on other astronomical bodies. However, in a recent study, scientists have discovered a more direct approach to detecting dark matter. They talk about how signals generated due to the absorption of energy from dark matter into atomic nuclei, can be used to observe this substance.

Ever since the Large Hadron Collider detected the Higgs Boson in 2012, they have been using the boson to probe other Particles. It quickly decays into other particles, making it easy to study and compare relative energies before and after the collisions. But in some cases, a non-detection is more fascinating than a detection. Some particles don’t interact with regular matter much, as in, they don’t hit the walls of the collider but instead, simply float away and disappear.

Scientists would notice this missing energy from reactions and infer things about these invisible particles. The only ‘invisible’ particle scenario which scientists know for sure takes place is when the boson splits into 4 neutrinos, a phenomenon that occurs about 0.1 per cent of the time. The rest of the irregularities mean we have stumbled upon new materials, dark matter being one of them. 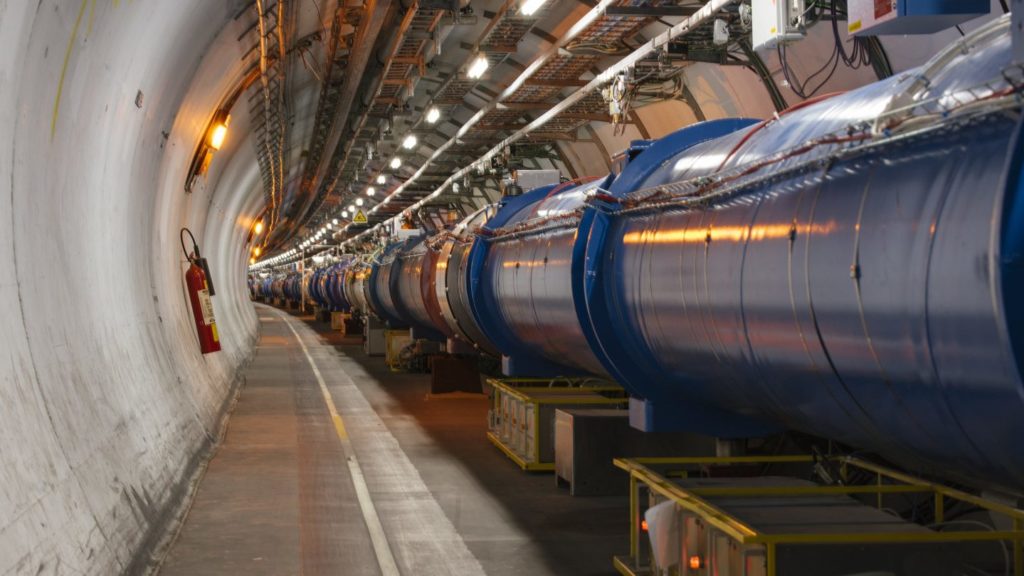 Out of the 100 quadrillion collisions conducted between 2015 and 2018, the Higgs boson decayed into invisible particles about 13% of the time. Even though this percentage seems large, it is comparatively lower than the previous model which suggested that it could happen 30% of the time.

Now out of all of these invisible decays, distinguishing which are caused by the standard decays and which are caused by the dark matter is still to be discussed upon and researched. This does help in putting constraints upon this elusive substance and narrows down the search a bit. We’re either getting closer in our attempts to hunt it down, or perhaps closer to realizing it doesn’t exist at all. Whichever the case, the hunt continues.