Ah, what a time to have dystopian shows, am I right? Snowpiercer is a new show coming on Netflix on May 25 which gives us a glimpse of the world after an apocalypse.

Snowpiercer takes place seven years after the collapse of society due to a global climate catastrophe. This has rendered the Earth inhabitable and the only hope for humanity is the Snowpiercer. All of human life lives aboard the train which is in a perpetual-motion around the icy surface of the Earth. As with Earth before the tragedy, people aboard the train are divided into a class system. The elites live an extravagant life in the front cars while the poverty-stricken lower classes inhabit the tail in squalid conditions.

Snowpiercer is a tale of what happens when the people on Earth face extreme inequalities. When people, who have been oppressed their whole lives, take destiny in their own hands, chaos ensues.

The first two episodes of Snowpiercer will be released on May 25 on Netflix while new episodes will release weekly on Monday after that. The series is airing in the US on TNT, a WarnerMedia-owned channel, on May 17 and May 24. The first season consists of 10 episodes.

Snowpiercer is releasing after several years of delay due to a troubled development. TNT executives and the then Snowpiercer team clashed on creative differences. The helm of the show was then transferred to Orphan Black creator Graeme Manson. However, in spite of all the problems, the show was renewed for a second season. 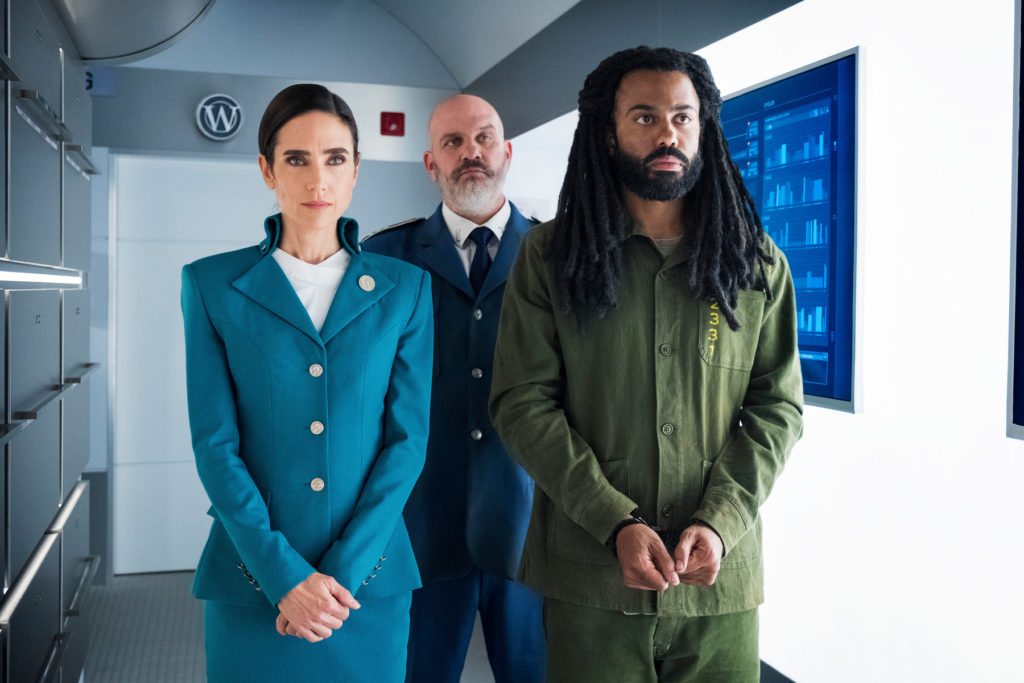 The series explores the subject of social justice and class oppression with Jennifer Connelly as a first-class passenger while Daveed Diggs plays one of its lowest class passengers.

Snowpiercer is produced by Parasite fame Bong Joon-ho and is based on the 2013 film of the same name starring Chris Evans and Tilda Swinton. Apart from the film, it is also based on the 1982 French graphic novel Le Transperceneige and is set in a post-apocalyptic frigid wasteland of 2021.

In February, Joon-ho created history when he became the first South Korean director to win the Best Director at the Academy Awards for Parasite. It thus remains to be seen how Joon-ho and Manson will deliver with this series – considering how well Joon-ho is with depicting class differences and oppression.

The post Netflix to Come Out with Dystopian Sci-Fi Series Snowpiercer on May 25 appeared first on TechQuila.