Houseparty, the social networking app that has gained popularity in recent times rolls out a new feature of co-watching live events online with friends. Along with video chatting, users can now be a part of the three-day star-studded ‘In The House’ festival. This event is said to feature over 40 celebrities performing live, exclusively for the Houseparty app.

Stars and celebrities like Alicia Keys, DaBaby, Bad Bunny, José Andrés and Christina Tosi, Cam Newton, Terry Crews, Derek Hough and Addison Rae are said to be a part of this festival. Celebrities will not only entertain viewers with dance and music but also show viewers cooking and work out videos. Famous award-winning restaurateur Jeremy Fall, for example, will be teaching how to make Buffalo Bacon Sandwich for breakfast on 17th March at 9:30 in the morning. 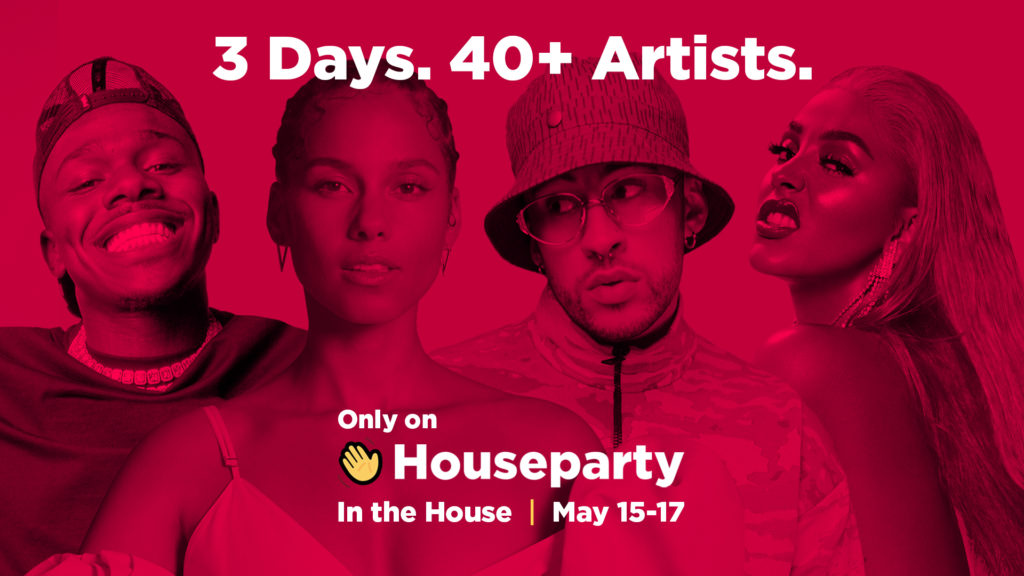 Other confirmed celebrities in the line up on the Houseparty app are; Katy Perry, John Legend, David Blaine, Snoop Dogg, CHVRCHES and Dua Lipa, along with Zooey Deschanel, Tinashe, Miguel, Robin Arzon, Jeremey Fall, Jalaiah, Roy Choi, Chef Mike, The Shoe Surgeon, Jen Atkin, Aquaria, Westside Gunn, Ralph Garman, Sarah Michelle Gellar and Craig Robinson to name a few. The whole confirmed line up is available for users to check out on the Houseparty website. Houseparty’s innovative yet entertaining techniques of making homebound life a little better will bring a surge of users during this time.

The new feature comes into effect on this Friday 15th March and will go on till the 17th of March, these new options of keeping viewers engaged during the quarantine can help the app with new opportunities in the video streaming market. These live videos are better when watched with friends and family, through group video chat. Co-watching in a group video chat makes it a better and fun experience.

To tune in for the ‘In the House’ festival after opening the app you simply join when the celebrity is live. A billboard will show what’s currently on-air 30 mins prior to each content going live, accordingly one can subscribe to the content that they want to watch. There is a push notification that works as a reminder as the show begins. 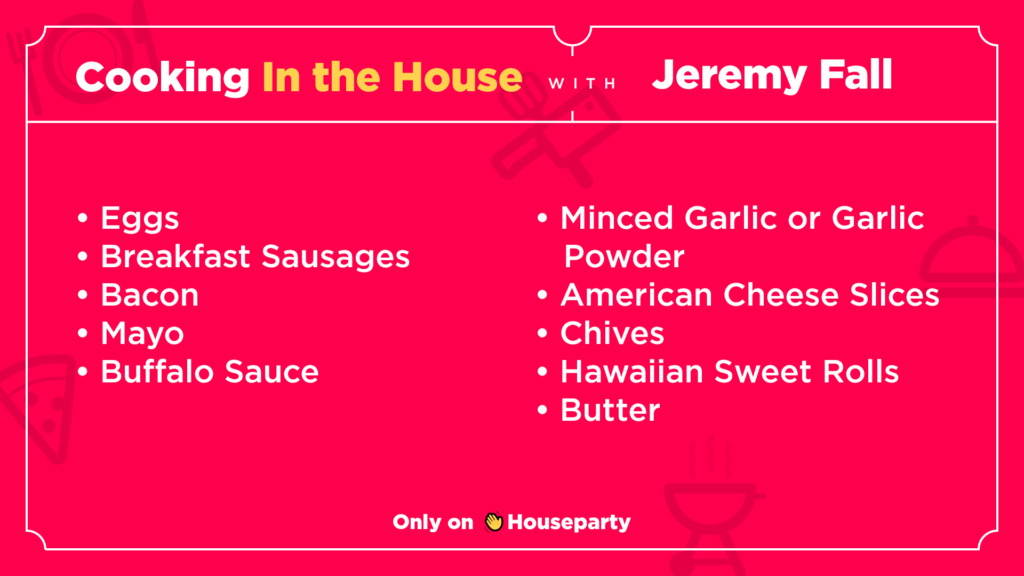 The live event or the particular show will air once again after 12 hours of the original show time, after which the shows cannot be rewatched anymore. Houseparty’s newly launched video player has made the co-watching experience seamless and convenient allowing users to even video chat during the event. Houseparty tried to test run this new feature with the #HousepartyProm event which featured DJ Zack Bia and D-Nice earlier this month.

Instagram and Facebook also has similar options of simultaneously scrolling through content in the app while being on the video chat, Facebook launched its Watch Party option in 2018. Houseparty’s new feature which has a curation of comedy, cooking, dance, music and fitness content has made it a favoured social networking service, especially for the younger population.

The Financial Times reported that Houseparty was downloaded 2 million times at the end of March. Houseparty also indicated that this event isn’t the only event they will be launching, there will be more such co-watching experiences that the app will be offering to its users.