After a rather long sort-of-sabbatical, Poco made a comeback in the Indian market with its premium mid-range offering, the X2. Though a decent device, the Poco X2 wasn’t meant to be a successor to the original fan favourite F1. After much anticipation and almost two years later, Poco has finally unveiled today the sequel to its “Flagship Killer” F-series, dubbed the F2 Pro. Let’s discuss the device in detail.

At first glance, it is crystal clear that the Poco F2 Pro is essentially a rebranded version of the Redmi K30 Pro, which was being rumoured for a long time. Putting aside the rebranding stuff, the F2 Pro brings with it a host of improvements over the F1, starting with the metal-and-glass sandwich design. Both the front and rear of the device comes with Corning’s Gorilla Glass 5 protection on top. There’s a circular camera arrangement on the rear and a pop-up mechanism for the selfie camera. 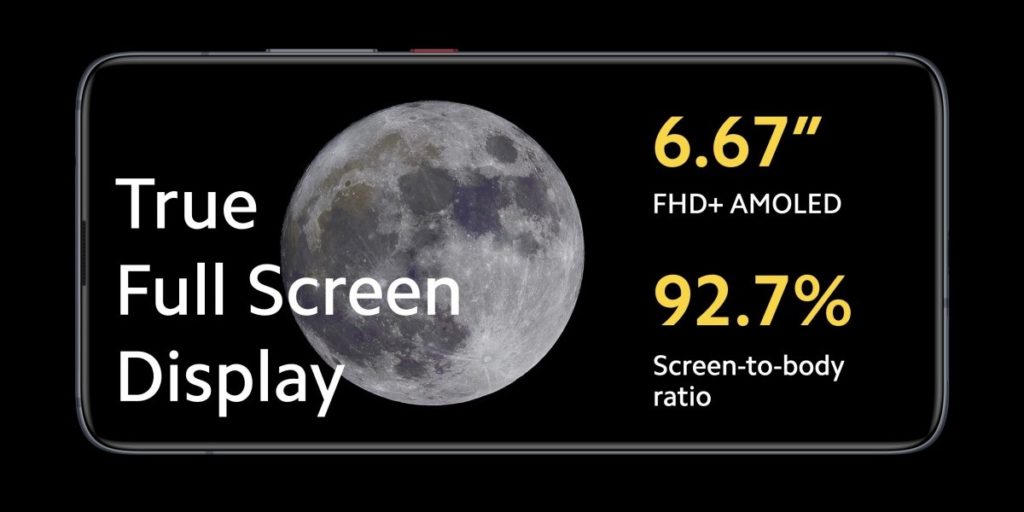 In the front, the Poco F2 Pro has a 6.67-inch FHD+ notch-less display which is an E3 AMOLED panel. The device doesn’t jump into the bandwagon of high refresh rate screens but offers the typical 60Hz with 180Hz touch sampling rate. The display is HDR10+ certified and comes with Widevine L1 certification, which is required to play digitally protected content. The F2 Pro comes in four attractive colours: Phantom White, Electric Purple, Neon Blue, and Cyber Gray. 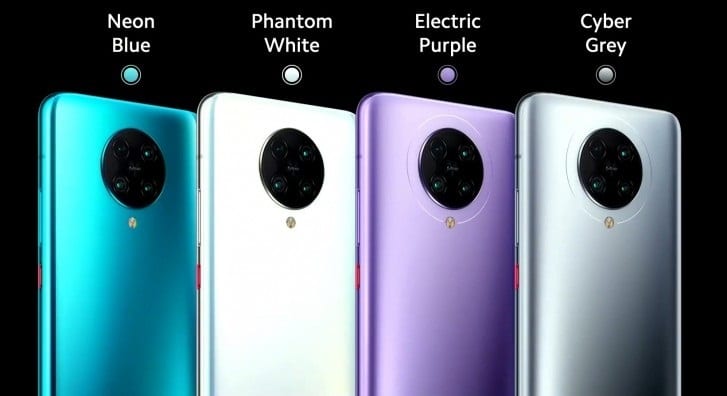 In terms of optics, the Poco F2 Pro sports a quad-camera array on the rear, with an LED flash. The primary Sensor is the flagship 64MP sensor from Sony with f/1.89 aperture. The other three sensors include a 13MP ultra-wide-angle sensor with f/2.4 aperture and 123-degree FoV, a 5MP macro lens with f/2.2 aperture, and a 2MP depth sensor with f/2.4 aperture. The device integrates a 20MP selfie camera within a pop-up mechanism.

The 5G-enabled Poco F2 Pro is powered by the top-of-the-line Snapdragon 865 SoC, built on the 7nm architecture. The flagship specs of the device don’t end here. It packs 6GB or 8GB of the latest LPDDR5 RAM available in the market, coupled with 128GB or 256GB of faster UFS 3.1 storage (which even the OnePlus 8 lacks). Powering the internals is a beefy 4700mAh battery, which can be juiced up with 30W fast charging. There is also LiquidCool 2.0 to check performance throttling.

Connectivity and Other Specs

As for connectivity, the Poco F2 Pro supports 5G dual SA/NSA standards, dual 4G VoLTE, even the latest Wi-Fi 6 and Bluetooth 5.1 with aptX HD, and NFC.

In terms of other specifications, the device retains the good old 3.5mm headphone jack. It comes with a USB Type-C port and an optical in-display fingerprint sensor for authentication. The device runs on Android 10 out-of-the-box with MIUI skin on top.

The Poco F2 Pro will be available in two configurations: 6GB + 128GB and 8GB + 256GB, priced at €499 and €599 respectively. The phone will be available for sale at Gearbest and AliExpress starting today itself. It will soon come to other online and offline stores like Amazon, Shopee, Lazada, JD, and more. There’s still no word about the India launch of Poco F2 Pro. Let’s hope Poco pulls off stellar pricing and follows the footprints of its successful predecessor (fingers crossed!).