Yes, you read that right. Bloodborne running at 60 fps on PS4. What once seemed impossible is now a reality, all thanks to a heavily modified build by Lance McDonald. Before we dive deeper into it, check out some of the gameplay here:

Ah, I did it! Bloodborne running with a 60fps Frame cap (no v-sync so lots of screen tearing) with proper frame timing and game logic timing. This is running on a base PS4 pro, will try to get an actual FPS counter to display tomorrow and test on PS4 Pro with boost mode. pic.twitter.com/V6uxQ4bT9k

Now, as fans of From Software’s PS4 exclusive will know, the original release’s biggest flaw was not just a 30 fps lock, but the bad frame pacing that came with it. Being a PC gamer, I do love my 60+ fps gaming, but considering the current-gen console hardware, I’m fine with a 30 fps lock on games if done well.

Marvel’s Spider-Man (PS4) is a perfect example. While the game is locked to 30 fps on both PS4 and PS4 Pro, it’s done extremely well, with even frame pacing and good use of motion blur to hide any frame drops. Bloodborne was not that lucky when it came out. The game had really choppy framerate. While most of it was patched in consequent updates, the final game still doesn’t play smoothly even today. This has been an issue with many of From Software’s titles on consoles, with their recent entry Sekiro: Shadows Die Twice also having the same problem. While that game runs with an unlocked frame rate, it hovers around mid-40s with uneven frame times, so the result is really stuttery. 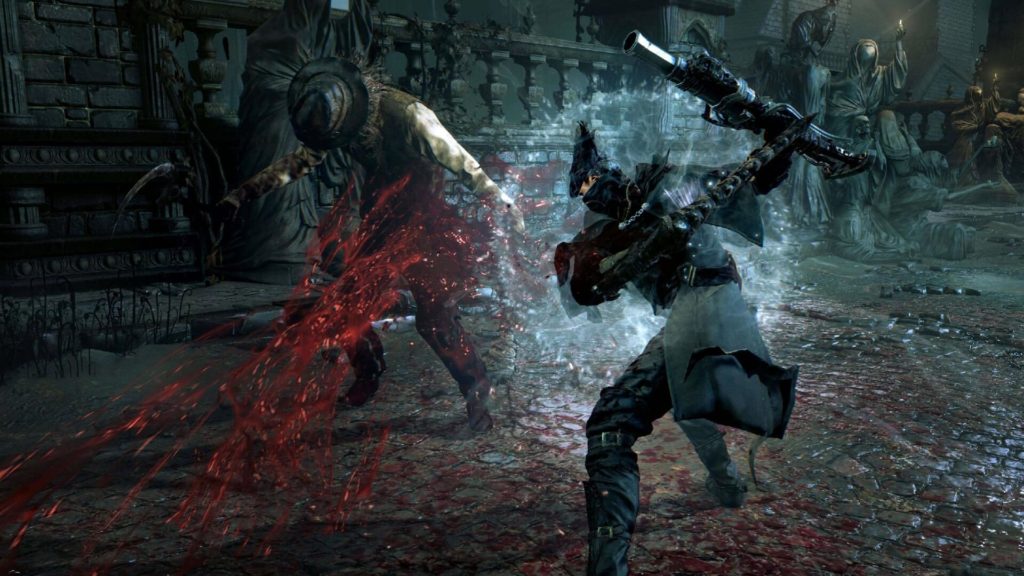 People who are into PC hardware will know just how significant the ramifications of this can be for next-gen. One of the main limitations of this generations’ consoles was the AMD Jaguar CPU, which really limited a lot of games to hit high framerate targets. That’s why a lot of AAA studios had to choose between enhanced visuals or performance, with most going for the former as it helps to sell more consoles. Of course, on the PC side, that’s never been much of a problem. Now, the next-gen PS5 and Xbox Series X both will be powered by a Zen 2 CPU (essentially a slightly modified Ryzen 7 3700X). The PS5 will offer a good bit of performance improvement over the aging PS4, more of which you can learn here.

You can check out even more Bloodborne 60 fps gameplay thanks to Digital Foundry below. They also had an interview with the McDonald, the modder himself. McDonald has managed to tweak the game’s timings to run at proper 60 fps with even frame pacing. He also managed to run the game at different resolutions with the new ‘patch’. With that in mind, he recounts how playing the game at 720p with his unlocked frame rate tweak is the best way to play the game right now.

Man does it look gorgeous. I really hope the game takes advantage of the PS5 in delivering the frame rates we’re seeing here. Going by Mark Cerny’s promises, it doesn’t seem impossible. However, it will surely depend on developer From Software and whether they would enable it. Even God of War managed to run at an unlocked 60 fps on the PS4 Pro, albeit at a lower 1080p resolution. When it comes to frame rate and higher resolutions like 4K, I’ll definitely go with the smoother framerate option as that makes a much bigger impact.

Well, time will tell if we really do get a remaster/upgrade to Bloodborne that makes good use of PS5’s hardware. Until then, it looks like I’ll have to make do with videos like these unless we get official support from From Software. Regardless, it’s going to be interesting to see how current-gen games perform on the PS5 and Xbox Series X.

The post Bloodborne 60 FPS Mod on PS4 Proves Why We Need a Remaster for PS5 appeared first on TechQuila.