AMD has officially revealed its Ryzen Pro 4000 lineup of business-focused processors. And it has all the bells and whistles that a business laptop can ask for. In addition to AMD’s already stellar line-up of mobile CPUs, the Pro series is bolstered with the most modern security. 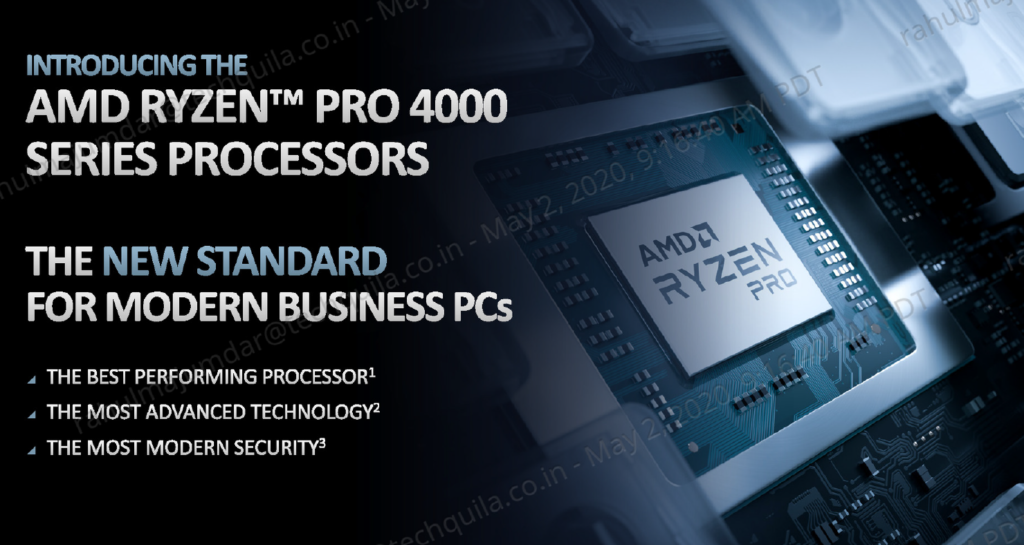 We have witnessed the sheer performance that AMD has bought to the mobile space with the Ryzen 4000 series. From the number of cores to the 7nm node and overall great value in one package. Now it’s time for the Business laptops to taste some of that goodness.

These chips provide a 2X performance per watt compared to the 1st Gen equivalent. Around 70% can be attributed to the shift to 7nm, while the remaining 30% is due IPC and design improvements. 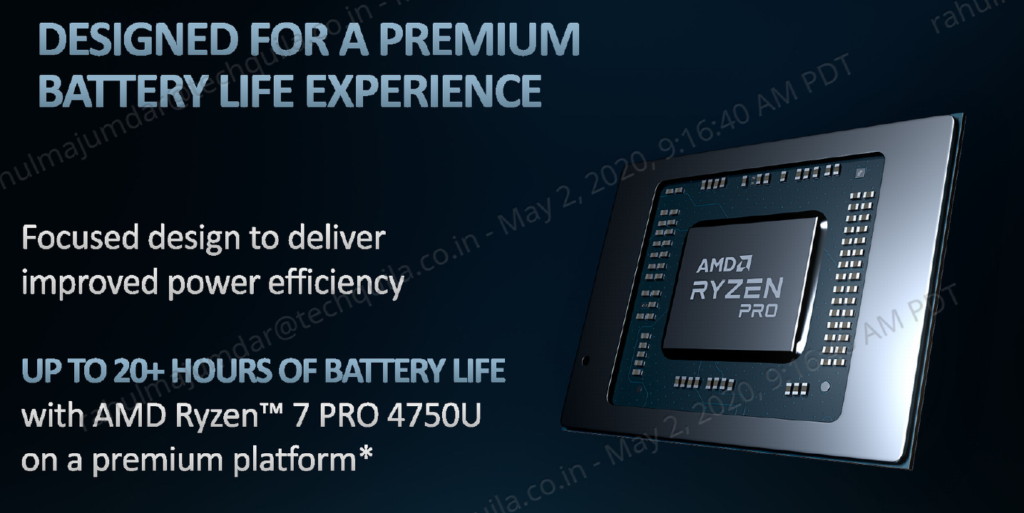 All these efficiency improvements lead to some pretty impressive battery life of 20+ hours on the Ryzen 7 PRO 4750U. And to think that this is possible on an 8-core, 16-thread APU is nothing short of incredible. 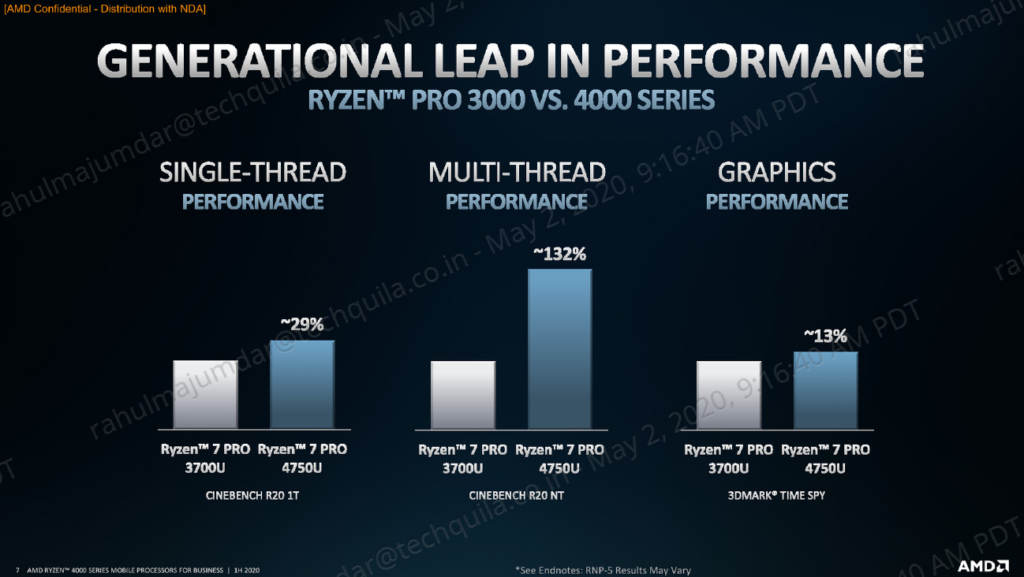 Single thread and multi-thread performance have seen an uptick of up to 29% and 132% respectively. The GPU performance has also seen a pretty decent gain of 13% from the Ryzen Pro 3000 series. 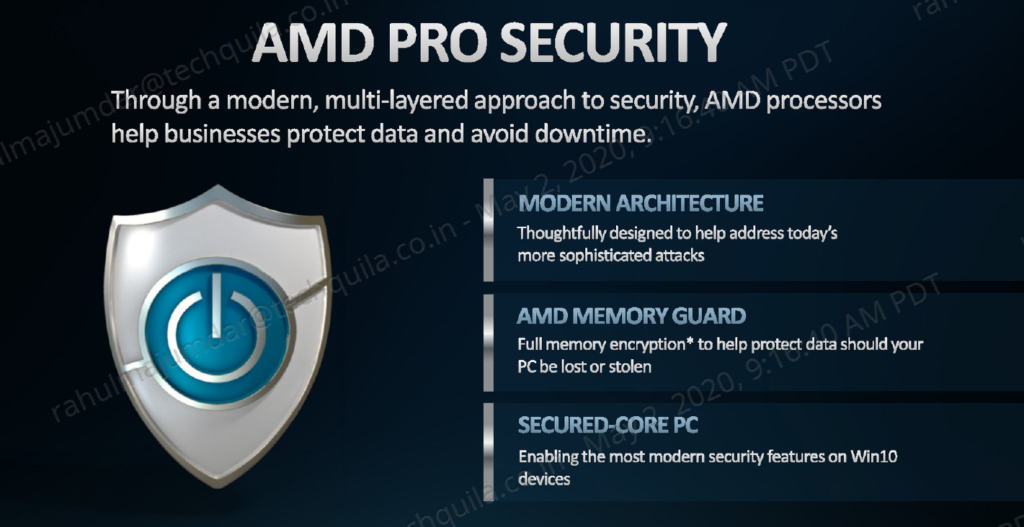 AMD’s PRO Technologies includes the Secured-Core for and AMD Memory Guard. Secured-Core consists of a dedicated co-processor for ultimate security, while the Memory guard is system-wide memory encryption. 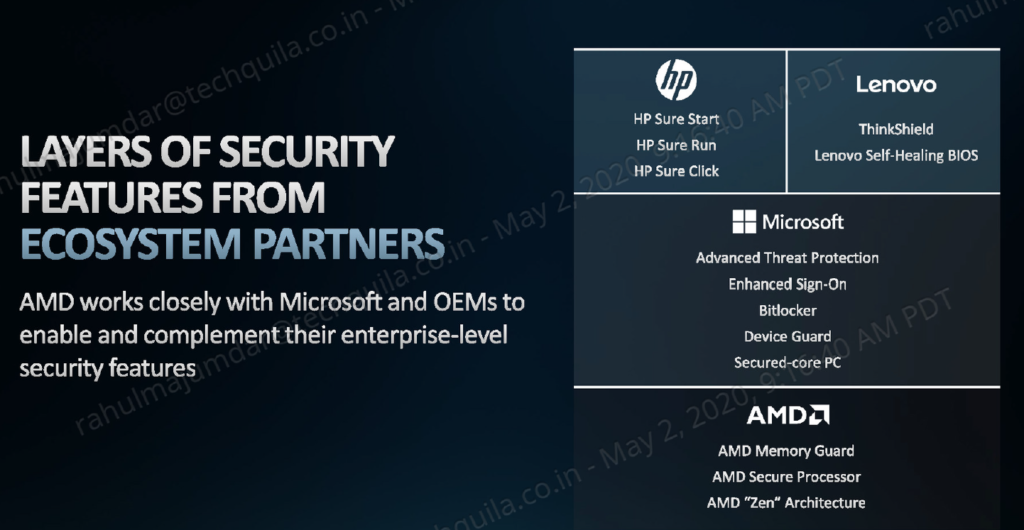 AMD also closely works with the OEM’s to integrate both of their security measures seamlessly. This is essentially a layered approach to securing valuable enterprise data. 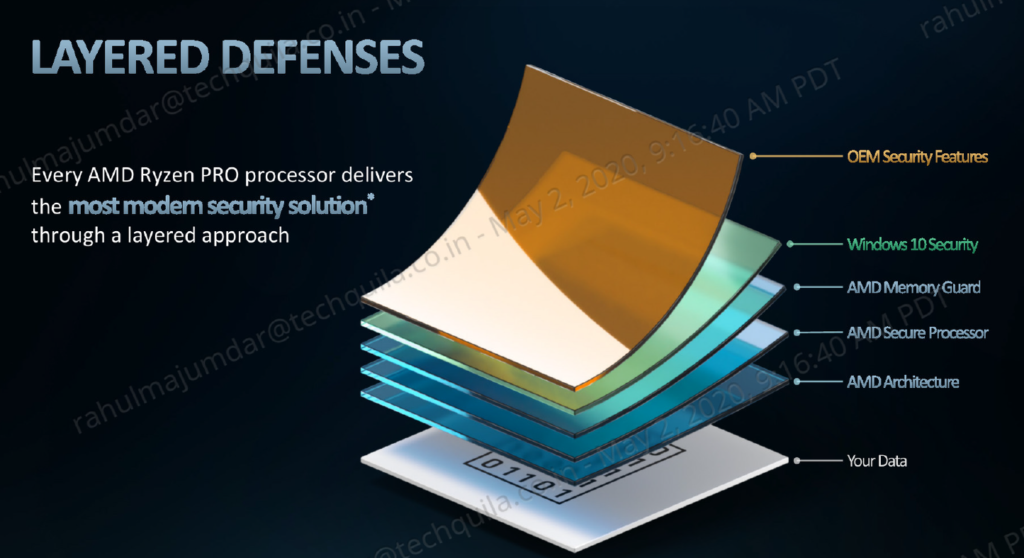 All this is in addition to what the AMD Pro series of processors offer like, Industry grade CPUs which offer unparalleled reliability and performance. Amd Ryzen Pro 4000 series also provides 18 months of planned software support and 24 months of processor availability.

The full line-up of the AMD Ryzen PRO 4000 processors can be found in the image below: