Hospitals in New York have been quietly testing famotidine, the active ingredient in usual heartburn medication like Pepcid as a potential treatment for coronavirus. They predict it to be the most rapid list of possible treatments to date. The researchers at Northwell Health, a network of hospitals in the NYC area, have been delivering famotidine. They do it through an IV in doses nine times greater than the typical products in stores. In charge of the hospital system’s research is Dr Kevin Tracey, a former neurosurgeon. He is also the president of Feinstein Institutes for Medical Research at Northwell Health.

About the New York study being conducted, Tracey said: “If it does work, we’ll know in a few weeks”. He believes in keeping it under the carpet for the time being. It promotes unnecessary hype surrounding the drug, more so after President Trump’s cheeky enthusiasm of unproven hydroxychloroquine and chloroquine—the antimalarial drugs, it seemed rather appropriate. 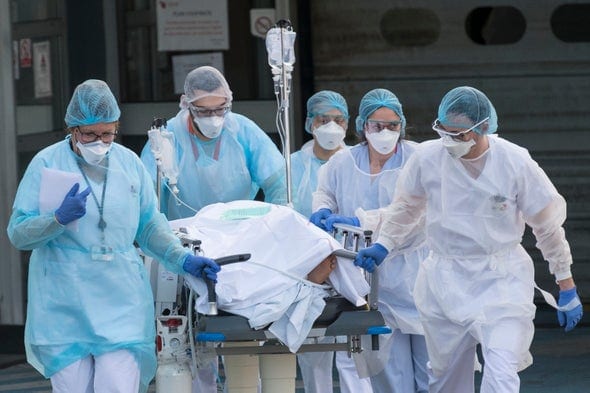 According to the reports, hospitalized COVID-19 patients on famotidine exhibited a lower death rate of about 14% compared to the usual 27% for those not on the drug. Tracey warned against any potential benefits of heartburn drug since its too soon. And despite it likely being safe even, he urged the public not to try it at home. “You should not go to the drugstore and take a bunch of heartburn medicine,” he said.

Famotidine’s potential use for COVID-19 was first demonstrated in China. In the words of Science Magazine, Michael Callahan brought the news to Tracey in the United States. He is a globe-trotting infectious disease doctor and is based at Massachusetts General Hospital. He has prior experience of it from the 2003 outbreak of SARS, in Hong Kong. Callahan also checked in with Robert Malone, the CMO of Florida-based Alchem Laboratories.

It is a contract manufacturing organization. Malone is part of a classified project called DOMANE. It uses computer simulations, artificial intelligence, and other methods to rapidly identify U.S. FDA approved drugs that can be used against viruses.

During experimenting, he had his eyes on an enzyme that helped the pathogen replicate. They found the viral enzyme to be a papain-like protease. To see whether famotidine binds to the protein, Malon would ordinarily need the 3D structure of the enzyme. He appointed computational chemist Joshua Pottel, president of Montreal-based Molecular Forecaster. He helped to predict it from the 2003 SARS coronavirus, combined with the new coronavirus’ RNA sequence.

They compared the genes of the new and old to find crucial differences. They finally narrowed down to a few options including famotidine. Well, both the tantalizing Chinese data and the modelling pointed towards famotidine, Callahan finally contacted Tracey to run a double-blind arbitrary study.

Northwell channelized their funds to launch the effort after getting the FDA approval. With no extensive use of the injectable version, it took weeks just to get half of the needed famotidine in sterile vials. On 14 April, the U.S. Biomedical Advanced Research and Development Authority did a whopping $20.7 million contract for the trial. Fortunately, it was sufficient to fund Northwell’s costs.

Subsequently, David Tuveson, the director of the Cold Spring Harbor Laboratory Cancer Center spoke to Tracey. He then recommended famotidine to his sister. She had tested positive for COVID-19 and had developed a fever. Her lips had become dark blue from hypoxia and she was administered her first megadose of oral famotidine.

The day after, the fever broke and they observed a normal range of oxygen saturation. He says, “No amount of smart people at the National Institutes of Health, or Stanford or Harvard can outclass an average doctor in Wuhan” when asked about the experience tackling with COVID-19.