Netflix movies are becoming lazier by the day (remember Drive? That was something) and I, honestly, am so done with it. I was really intrigued by the trailer of Mrs. Serial Killer – rich colours, Manoj Bajpayee and an interesting premise.

Oh boy, was my analysis wrong.

Twists and turns… Not really 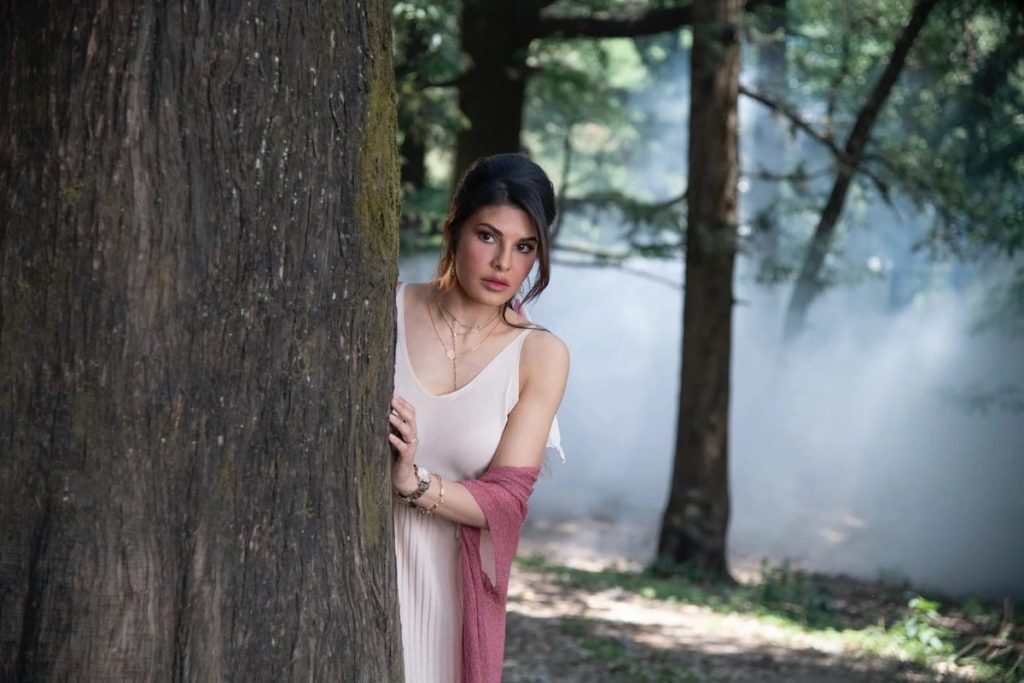 I have so many questions about Mrs. Serial Killer. However, we’ll get into that in a bit. Let’s talk about the story first.

Mrs. Serial Killer follows Sona who is married to Mrityunjoy, a Bengali doctor. They share a loveable relationship which is multiplied when Sona gets pregnant. However, there is also a Serial Killer loose who is murdering unmarried pregnant women in brutal ways.

Here comes Imran, a police officer who is also Sona’s ex, who is trying to catch the Serial killer. He takes Mrityunjoy’s things from his house and apparently frames him for the murders. After this, Sona takes it upon herself to free her husband and abducts her neighbour who is a kunwari pregnant girl, Anushka.

The idea here is to make the court believe that the killer is still out there and thus they have to let Mrityunjoy go. Miraculously, that works, although the body isn’t of Anushka. I don’t know how the coroner didn’t get to know that after conducting an autopsy but I think I am expecting too much here.

However, in the film’s big revelation, we get to know that Mrityunjoy is, indeed, the killer. But alas, the big reveal was so predictable that you could see it from a mile away. 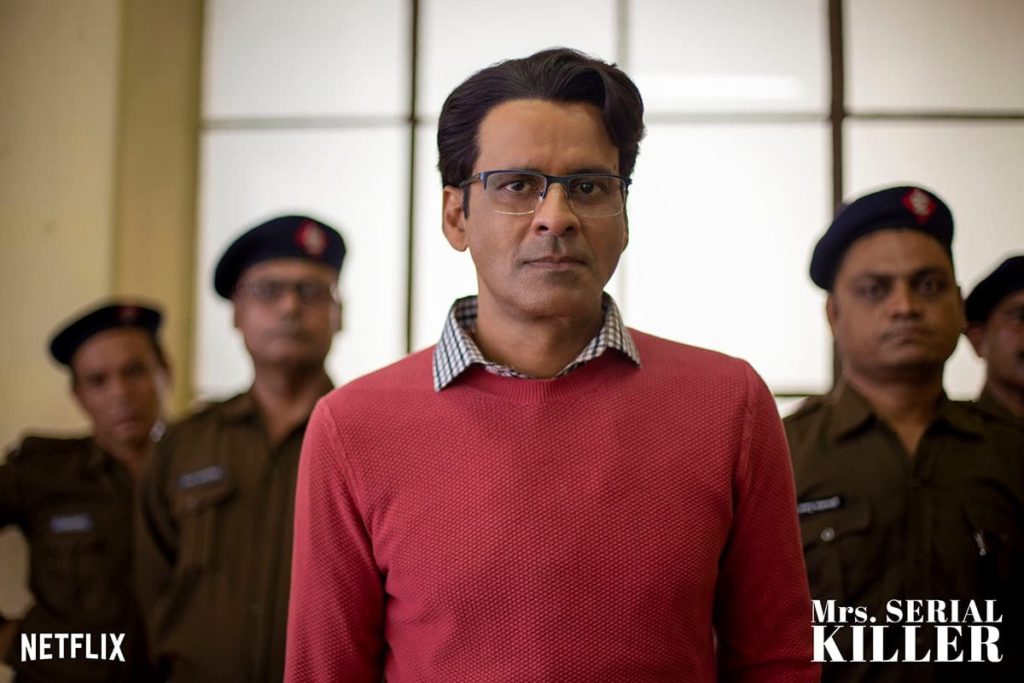 That brings me to the fact that this movie is really damn slow. For a thriller, it is boring and plain annoying at parts. The dead bodies reminded me of Hannibal, the NBC series starring Hugh Dancy and Mads Mikkelsen. No, don’t get me wrong. It obviously wasn’t showcased THAT well, but the references were there.

Moreover, no one really knows what is going on and some characters seem to forget that they are in a movie, and thus, have to act. There are plenty of unnecessary scenes which dragged the movie on and you tend to skip ahead frequently.

Now when the “interesting” parts come along, they aren’t really as action-packed to make up for the annoying bits. Moreover, there are some very odd directional and stylistic choices which, honestly, did nothing for the scene or the movie.

I’ll also add here that the revelation behind Mrityunjoy’s mental instability is so lacklustre. It is something that we have heard time and again and we are bored of it. And that is also why it lacks the punch which should have made this scene the defining part of the entire movie.

In addition to this, there is some unnecessary swearing throughout the movie which is just. No. It’s cringey and very uncomfortable to hear – especially because it is not at all necessary.

To cast or not to cast? 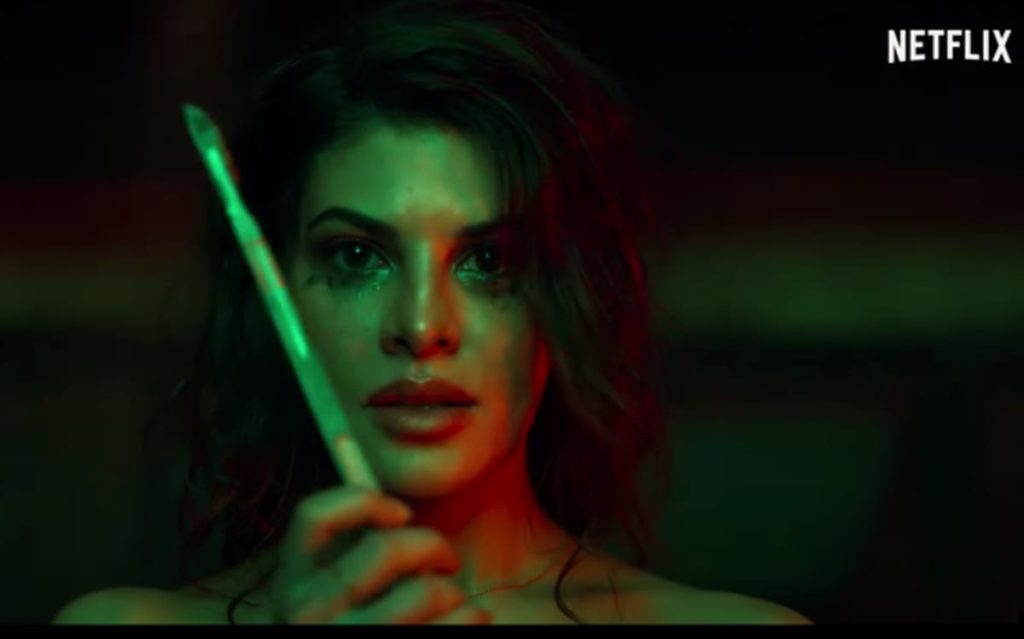 I am still quite unclear about why Jacqueline Fernandez was cast for this role. The whole movie rests on her shoulders, yet she is not a capable actor to emote the emotions that are expected from a to-be serial killer. She’s bland and stiff and her sadness and despair are unconvincing. The supporting cast is as bad as the lead actress. You can make out that everyone is trying very hard to salvage some shred of acting, but my god do they fail. The most annoying character for me was probably Anushka’s boyfriend – not only is he a jerk but his acting is terrible.

The only saving graces were Manoj Bajpayee and Mohit Raina. They tried to make something out of a movie that had everything going against it. Bajpayee’s Mrityunjoy is a maniacal serial-killer and the actor does well to showcase the various facets of the character. Raina as the lovelorn, revenge-seeking Imran is commendable as well. 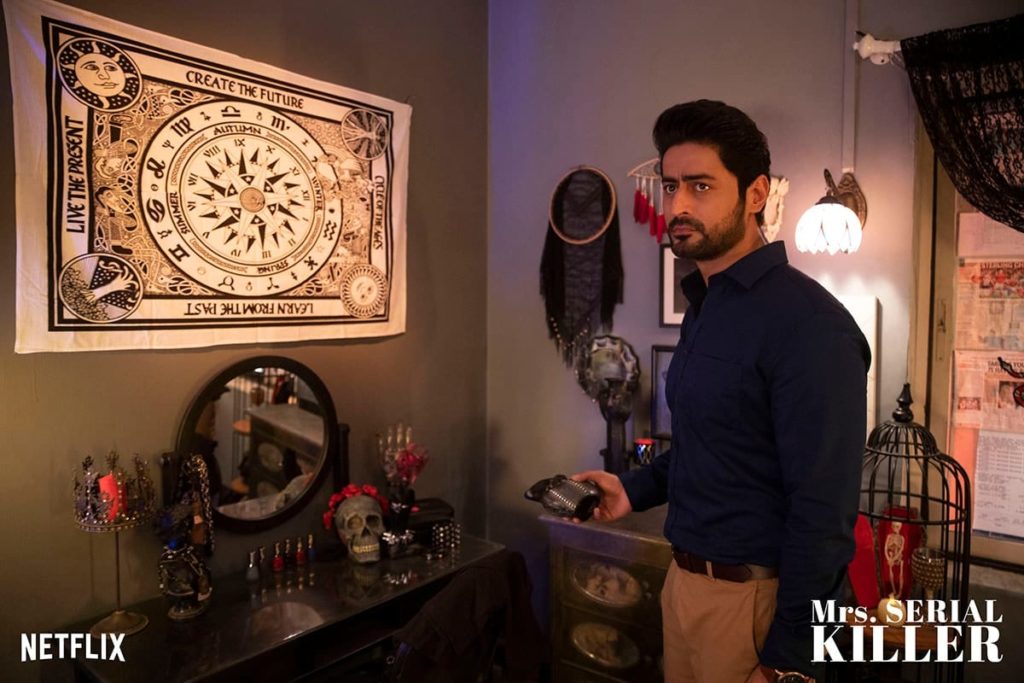 You know, I always wonder if characters in movies watch movies? Like, are they deliberately written to be dumb or is there something that I am missing? The last scene of the movie is a showdown between Mrityunjoy, Imran and Sona. Imran stabs Mrityunjoy who in turn stabs Sona. Imran thinks that Mrityunjoy is dead, however, if you have ever watched a movie in your life, you’d know that a stab on the back with a scalpel does not kill anyone. And even if you didn’t know that, why does the inspector not know that the serial killer he thought to be dead, is, infact not dead? How is it possible that there were no police posted there? Why did the doctor not give him this news? I don’t know, and honestly, neither will you.

Which brings me to the question: did anyone notice that the background music throughout the movie is uncannily similar to Roshni Se from Asoka? Or is that just me?