Intel’s Xe graphics design is supposed to debut next year for the mainstream mobile and desktop market with an Exascale launch planned for 2021. We’ve already seen initial reports regarding the Xe discrete graphics processors and the first wave should launch alongside the 11th Gen Tiger Lake mobile processors in mid-2020. Today, we have some ComputeBenchmarks of the Xe Gen12 LP graphics parts. We’ll be comparing them to AMD’s Radeon RX Vega 11 processor:

Can CBD Be Used to Fight Coronavirus …
اعراض امراض القلب وطرق علاجها
What is Conversion Tracking? How to S…
A Comparison of the Environmental Imp…
When will I get to write? 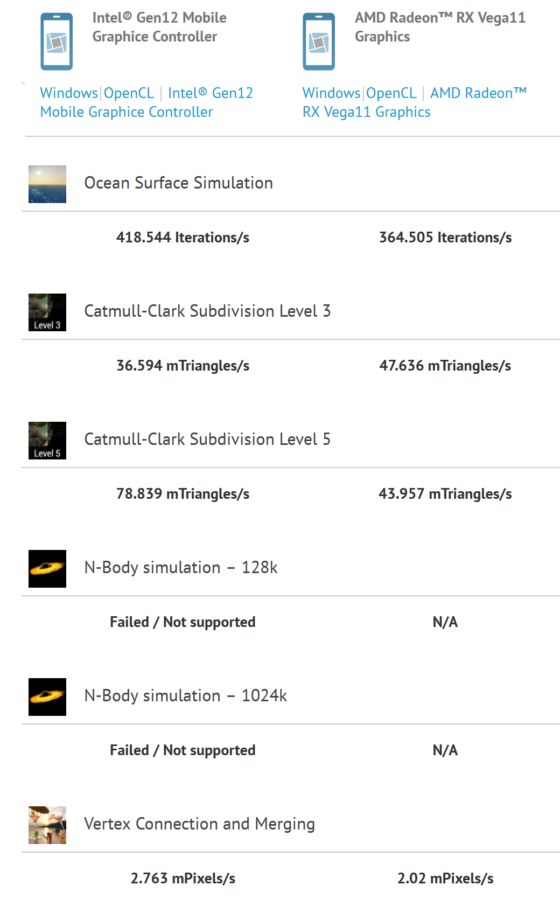 As you can see, the Gen12 Xe GPU seems more capable in physX and simulation related tests while the Radeon Vega 11 comes out on top in the rest.

Something to keep in mind here is that this appears to be an integrated Gen12 GPU rather than a discrete part, so the power consumption and efficiency will be the prime concern here. We’ve been hearing reports of the Xe cards not meeting efficiency standards, drawing more power than contemporary NVIDIA and AMD graphics cards while delivering worse performance. As of now, it’s too early to say if these rumors are true but we’ll see soon enough.

Intel doesn’t have to outright beat team red and green in the very first round. What they need are products that are comparable to their present designs while costing less. The second or third iteration can work on matching them in terms of efficiency and performance.