At AMD’s CECS conference this year we saw the long-rumored Radeon RX 5600XT getting announced. Mainly targeted at budget gamers, the RX 5600 Series has been priced very competitively against NVIDIA’s GTX 1660 series. While the card isn’t on the market yet, the benchmark charts that AMD showed do show a lot of potential. We’ve recently reviewed many GPUs in the budget segment like the 1660 Super, and with more AMD cards on the horizon (like the 5500 and 5600 series), it’s going to be an interesting year ahead for budget gaming.

So let’s start from the beginning – 1080p gaming. While 4K has started to become the new standard for gaming and content creation, it’s still not there yet. One of the primary reasons for that is affordability. High-refresh-rate monitors have become more affordable at lower resolutions like 1080p FHD. Building a mid-range PC aimed at that resolution is a better option for most gamers now, so a card like the RX 5600 Xt makes perfect sense. 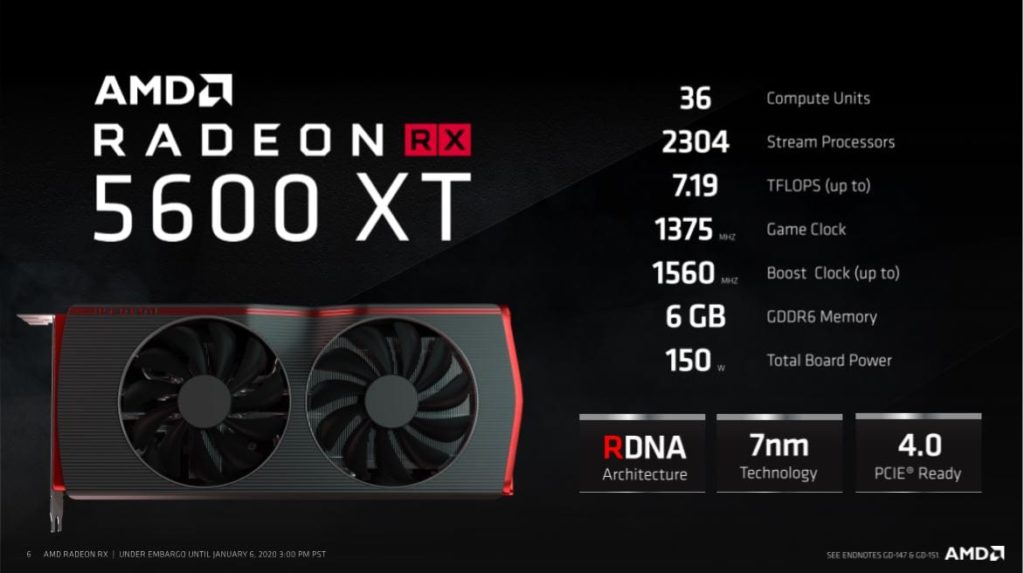 So let’s break down what the RX 5600 XT has to offer: 36 Compute Units, 6 GB GDDR6 VRAM on a 192-bit bus width. When compared against its older RX 500 series, the closest GPU comes out to be the Radeon RX 580, the previous 1080p contender by team red. Frankly speaking, while it has a lower VRAM count, it should make up for it with faster memory. The previously announced RX 5500 XT is meant to replace the aging 500 series, with the new card being relegated to replace the RX Vega 56, if slightly less powerful.

It can be compared to the latest mid-range offerings from NVIDIA’s GTX 16-series. With so many cards in that range, it can get quite confusing to pinpoint what purpose does each card serves. We’ve reviewed the RX 5700 series before and if our findings are any proof, then the 5600 could prove to be another big win for AMD. With the newer cards, AMD will have caught up to NVIDIA with a clear GPU stack for every price range, except of course a high-end Navi card. 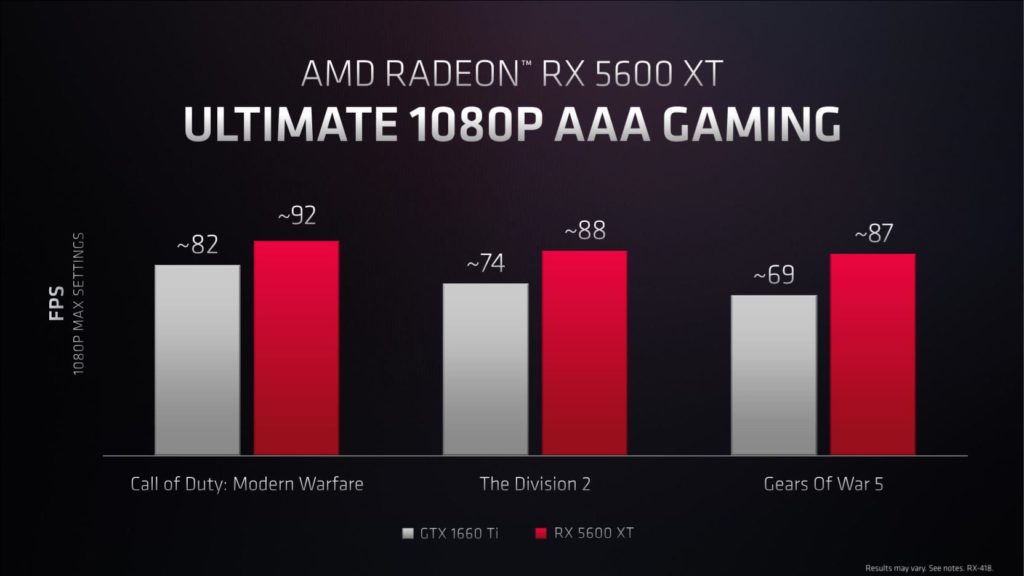 Couple these claims with the impending arrival of ‘Big Navi’ later in 2020 and you’ve got a clear idea where AMD is going. Not to mention, this year will also see raytracing being implemented by AMD’s newer stack, to be released in conjunction with the next-gen consoles.

Another thing to keep in mind is the implementation of PCIe Gen 4.0. Faster memory support, paired with Ryzen 3000 series is going to return significant gains.

Along with the RX 5600 XT, AMD also announced many exciting things at CES. Take a look:

The post Why AMD’s Radeon RX 5600 XT Might Be The New King For Budget Gaming appeared first on TechQuila.