Oppo has finally announced its long-rumored mid-range smartphone Oppo F15. Oppo has shared a teaser on Amazon India which reveals that the phone is officially going to launch on 16th January 2020. The new phone will fall under the F-series which includes the previously released F11 Pro and F9 Pro.

The Oppo F series phones are popularly known for their elegant design, excellent cameras, and long-lasting battery backup. It is clear that the upcoming F15 will outthrow its predecessors in terms of design and looks. Last month, Oppo claimed that the upcoming Oppo F15 will feature a “sleek and trendy design” and will come with several exciting features. 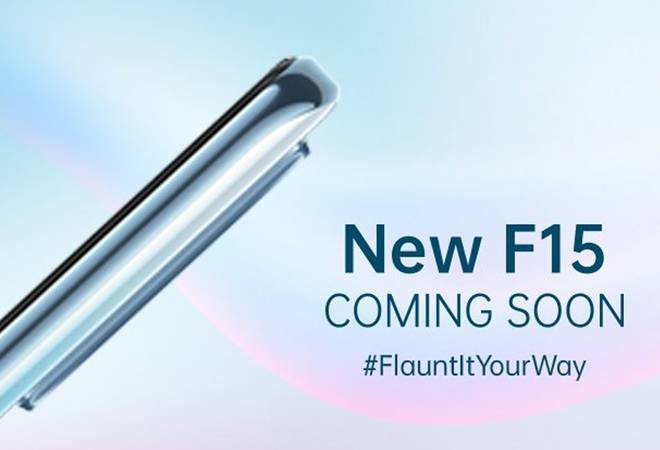 Ahead of the official launch, the company has revealed few major specifications of the Oppo F15 that include 48 MP AI rear quad-camera setup, in-display fingerprint sensor and VOOC Flash Charge 3.0.

According to Oppo, the in-display fingerprint is capable of unlocking the phone within 0.32 seconds. In addition to this, the sensor will be equipped with “high-level security”.

One of the officials said, “Redefining sleekness in smartphones to the next level, OPPO F15 has a minimalist design with just 7.9mm thickness and weighs only 172g. Furthermore, a laser light reflection back cover adds the right glamour quotient to the perfect sleek smartphone“.

Stunning and sleek, now you can #FlauntItYourWay with the #OPPOF15 and its ultra-sleek design. pic.twitter.com/5Mn3dZtst7

The latest F15 teaser image shows that the phone will come with 8GB of RAM. However, there are no details regarding the phone’s internal storage. Talking about the phone’s display, the reports suggest that it will feature a notch-less AMOLED display.

According to GSMArena, Oppo F15 is just a rebranded version of Oppo A91 which was launched last month in China. The details about the phone’s processor, battery and other technical specs are still kept under the cover. We’ll need to wait until the official launch date to find these details.

The post Oppo F15 With 48MP Quad Camera Teased To launch In India On 16th Jan appeared first on TechQuila.