Intel’s 10nm Ice Lake chips are finally out and about, at least in the mobility segment after what seemed like an eternity of the 14nm Skylake core CPUs. The 10nm die shrink Cannon Lake was supposed to launch many years back but due to poor yields, it was scrapped and never made it to the mainstream market. Ice Lake is supposed to be a 10nm+ architecture, but despite that the new CPUs powered by the Sunny Cove cores run at lower frequencies than their predecessors. Yes, the Skylake core is pretty mature but that doesn’t explain the higher TDPs. Yes, Ice Lake has a higher power draw, but instead of pushing up the operating clocks, we see a drop in the frequencies. 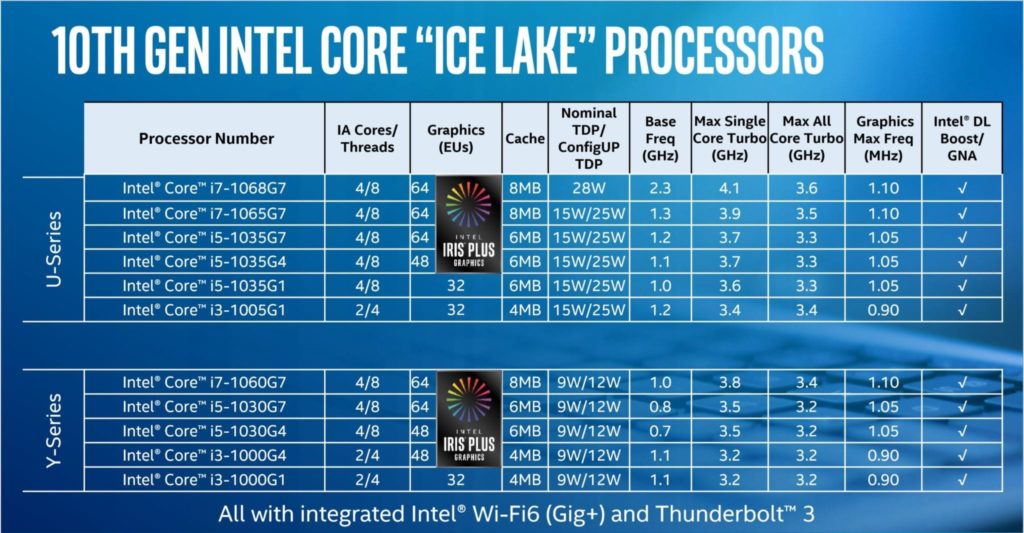 As you can see, both the Ice lake and Whiskey Lake CPUs top out at 4 cores/8 threads and pack the same amount of cache but clearly the latter is more efficient. With a boost clock of 4.8GHz, the Core i7-8665U consumes 10W in the TDP-down state and 25W while running at peak frequencies. The Sunny Cove based Core i7-1068G7, however, runs at a max operating clock of 4.1GHz while drawing 28W of power.

The rest of the Whiskey Lake processors have the same TDP limit as Ice Lake but have a 50% lower idle power rating while having much faster boost clocks. The lower-end i3s and i5s in case of the new 10nm chips boost to just 3.4-3.6GHz while in case of the older generation, even the lowest-end i3 has a turbo boost of 3.9GHz. 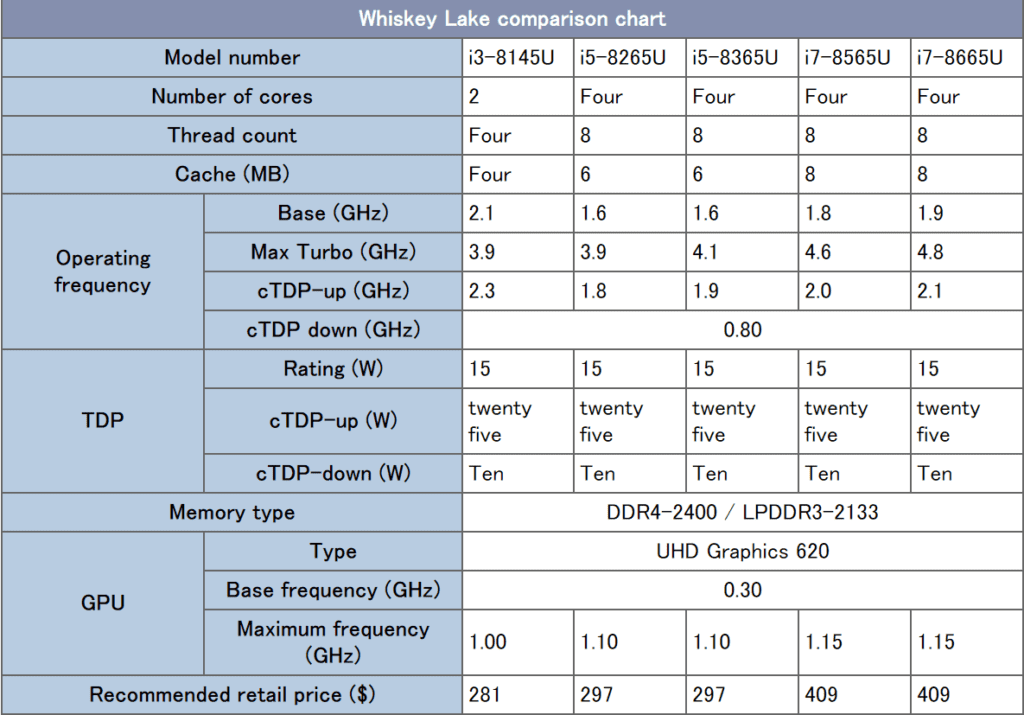 The 14nm Comet Lake parts (the fake 10th Gen) have the same TDPs as the Ice Lake parts but they have significantly higher boost clocks with the even the dual-core i3 running at 4.1GHz (dingle-core boost). The quad-core i7-10510U runs at a hefty 4.9GHz, faster than any of the Ryzen 3rd Gen chips. 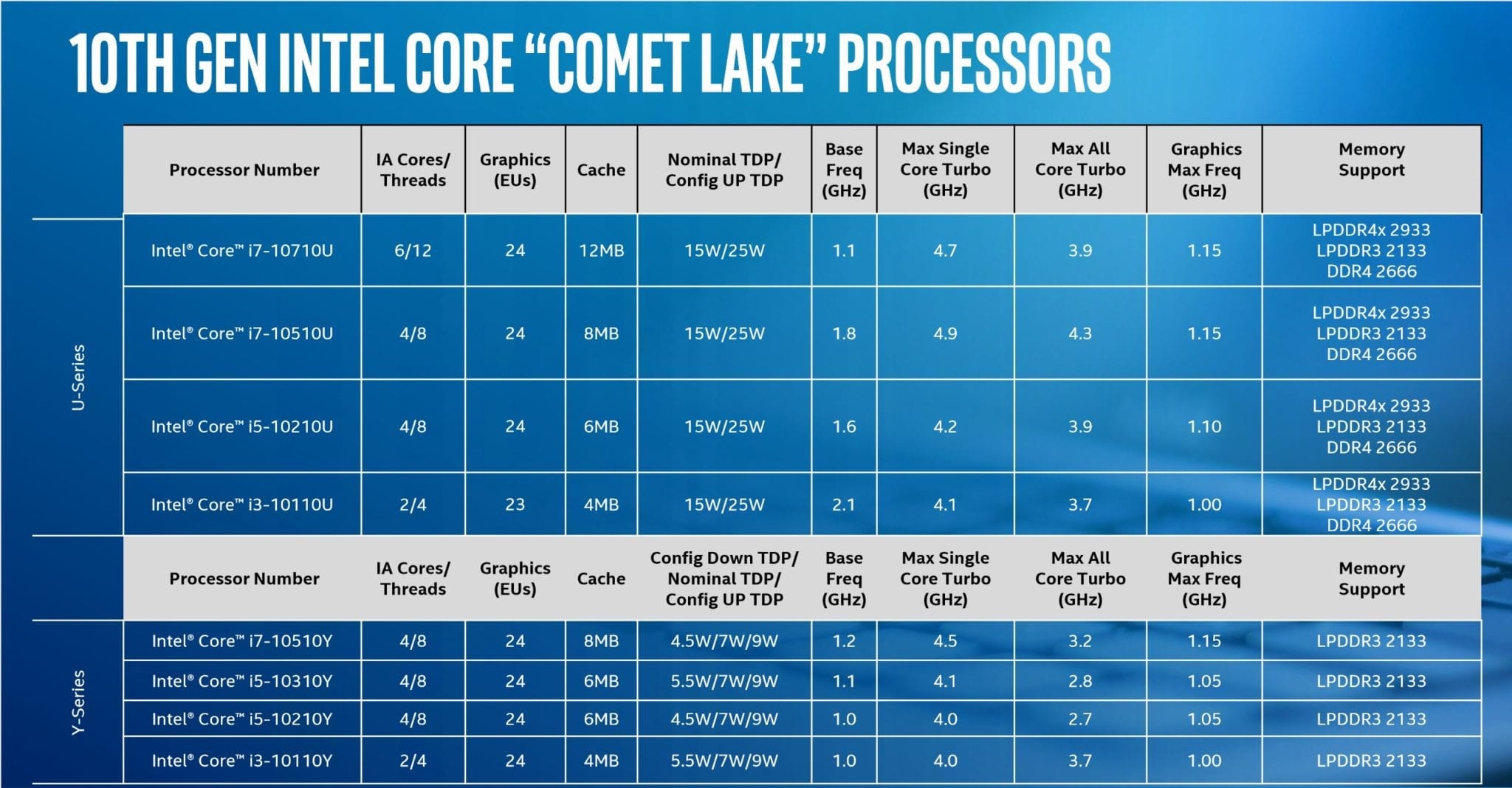 I’m not accusing Intel of false marketing or anything here. I just want to make it clear that Ice Lake yields are probably poor at the moment, and that’s why we won’t be getting the 10nm chips on the mainstream desktop platform. Instead, we’ll have to make do with another 14nm Skylake reskin (Comet Lake-S).

So is Ice lake a power hog? Not exactly. The reasons are three fold:

Intel’s 10nm node is still quite young: The Sunny Cove core is much more immature compared to the older Skylake which has been around for more than four years now, allowing Intel to run them at higher frequencies.

Poor yields: Considering that Intel has postponed the 10nm launch in the desktop space to 2021-22 despite AMD’s Ryzen 3000 onslaught is telling. This is probably because the 10nm yields are still quite poor, making them unfeasible for mainstream use without increasing the power draw to an excessive level.

Gen11 graphics: The newer Gen11 graphics featured in the Ice Lake parts are more than twice as fast compared to 9.5. All this extra performance obviously comes at the cost of higher power consumption.