2020: the year all SciFi events were wiped off our calendar. Our R2-D2 is currently beneath a dust cover, unable to attend the Galactic Outpost, SW Celebration, or even small Comic Cons. 2021 is no  huge improvement, but we have high hopes that we might get the droid out of the house by... autumn (?)

I try not to ramble about Star Trek or Star Wars too much on my social media, because many of my dedicated readers come here for NASA updates, but until the Mars Perseverance Rover lands in February, the only true highlight of the New Year is the ongoing splash in the Star Wars Galaxy. 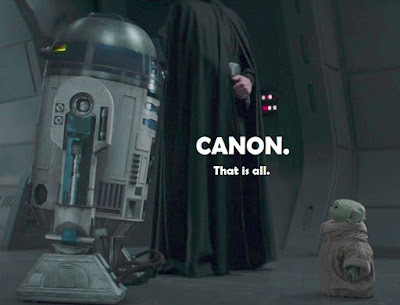 In our bored isolation, we clung to Disney+ and spent months re-watching all the films, delving deeper into Clone Wars lore, and hunting down Easter eggs in Star Wars Rebels. Since we’d seen all these properties before, we were really just filling time between new episodes of The Mandalorian.

Can I just say, Grogu healed us in ways we could neither describe nor define. It went beyond the whole “death by cuteness” memes of Instagram, Twitter emoji-ography, or cooing in the watch parties. Overall, I think the key to “Baby Yoda” was the appeal of innocence: he was helpless, but a fearsome firestarter. He was sneaky in charming, goofy ways, but saved the day with masterful heroics in desperate moments.  *No obvious spoilers* to the mind-blowing finale that we’ve now viewed three times, but we weren’t going to rest for a whole ‘nother year before we knew he was in good hand. Pun intended. 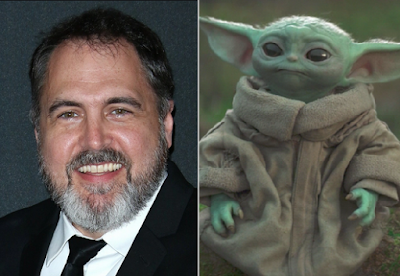 True to form, the voice of Grogu (Sound Engineer Dave Acord) broke our hearts. It was often said in the 1980s that half the audience watches Star Wars for the explosions, but the other half watches for tragedy. But, before leaving us hanging, producers kept the dearest portions of innocence intact among the players. Din Djarin initially saw himself reflected in this tiny, abandoned, endangered foundling – and it may have been the only thing in his adult life to convert his customary stoicism into emotional investment. His tangle with the Dark Saber of Clan Vizsla seemed like an optional storyline, but has now clearly set up Season 3. We now all have a year to worry that Grogu will be absent, unless they craft ways for the duo to cross paths again.

It didn’t escape my attention that in the quick, explodey flashbacks of Djarin as a child, he and his parents both dressed in scarlet robes. Might they, like Lyra Erso and Chirrut Îmwe in Rogue One,  been connected somehow to the Whills? Had they lived on planet Jedha? I didn’t want to overthink the inferences, but couldn’t help wondering if the Mandalorian would eventually join Djarin and Grogu’s paths by concluding they were “destined” to find one another, by virtue of connections to Force guardians, like the Brotherhood of the Beatific Countenance. 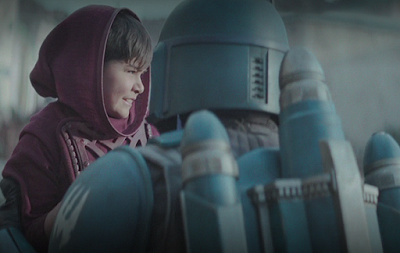 Crafters of Star Wars stories, in particular Lucas-worshippers and combinatorial storytellers like Jon Favreau, do not utilize details in an incidental manner. There’s always a can of worms waiting to be placed on a fishhook somewhere.

I still cannot believe my friends at Lucasfilm kept these secrets for yeeeeears at a time – but above all, Star Wars creators are dedicated to shock value. Part of the joy of watching Grogu’s story unfold was that it packed the same punch that Yoda did in The Empire Strikes Back (1980), where amid a decade of macho bullet-laden movies, we all had to wrap our brains around the most powerful magical samurai in the cosmos being a little green hermit who just wanted peace and quiet. Forty years later, his origins are still a mystery. But is it a mystery we even want solved?

I’m torn. I’d rather know how Sabine lost the Darksaber and why Bo-Katan of Clan Kryze was so keen to find it. I’d also perhaps rather see Din Djarin land on Mandalore with the Fett, and stir up the shenanigans we know are sure to follow in that austere, fractured culture. I suspect they will lose a fair amount of viewers from the show if they simply pick up where SW Rebels left off, and don’t find some way to incorporate Grogu into the tale. 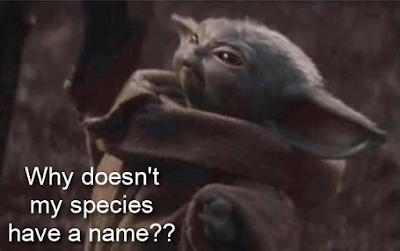 One thing is certain: this tiny character LANDED, like few others did in the most recent film trilogy. Getting Star Wars fandom to agree on any single point is nearly impossible these days, and Disney would be missing a serious opportunity if they did not design a new trilogy around this infant Force wielder who faced down a Moff and traveled the Outer Rim before his first day of school.

Are there more Little Green Men on a faraway home world somewhere, or is only one of these Jedi born every millennia or so? Will we ever get a name for the species of Yoda, Yaddle, and Grogu? Given that The Child was born the same year as Anakin, perhaps he was the fabled creature who would bring balance to The Force, and not the Skywalker clan.  The story could take any number of turns in the wider story timeline (click to embiggen): 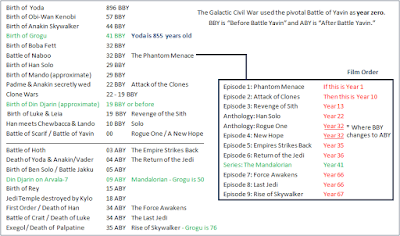 I can’t imagine a world where the idea of a Grogu trilogy isn’t already generating scripts or at least meetings in slick Los Angeles conference rooms, high in the sky where the people who make the big decisions find ways to have Star Wars ask all the big questions about good and evil, light and dark, and… are we each products of destiny or free will?

In the meantime, 2021 will bring us fully twelve new Star Wars shows to fill our quarantine hours. Which one are you most excited about?