A stunning anniversary just passed, and it's been on my mind all weekend.

On December 19, 1972, upon the splashdown return of Apollo 17, there were 12 men on planet Earth who knew what it was like to walk on the surface of our Moon. This fact remained true for true for 18 years and 7 months. 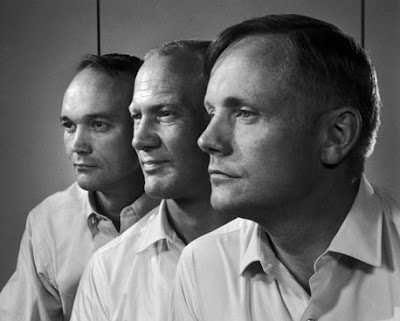 Today, there are 8 men left who remember traveling to and working on the moon. 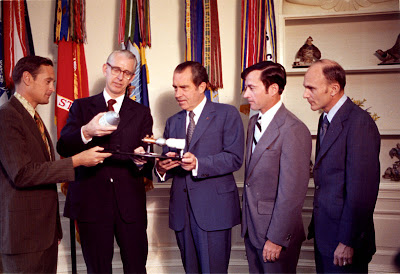 In less than one year, every single man who walked on the Moon will be an octogenarian.

Even if the youngest of them make it in to their 90s or to 100, will they see another Moon mission? Or perhaps, as has been hot news this year, BEYOND the moon? Will they watch astronauts who are American or Chinese? Male or female? Who will be President in that era? Will it be just as inspiring to the world? 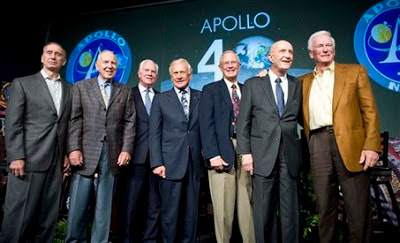 Some think we could pull off a Moon mission or beyond by 2020, though with how administrations roll, it will be more like 2025.
I wonder, will they make it? Statistically, we can expect to lose a few more of their tiny club before we see a return to the lunar surface, given that even the best ideas are still in the planning stages. Anything could suffer cancellation again, in favor of Mars, Asteroids, or on the altar of war, depression or unforseen disaster.

So, when we go back, if we go back, will anyone alive personally remember what it was like to go the Moon?