Why Concierge Apps Are The Future In Hospitality? 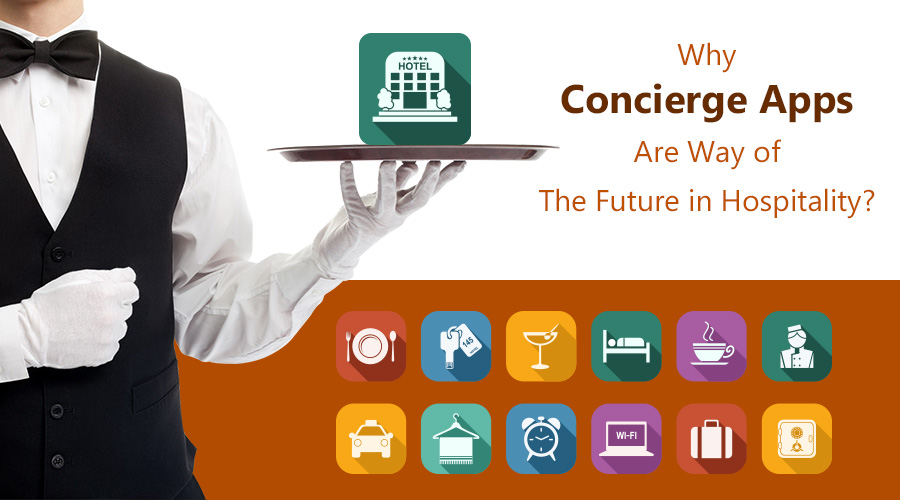 Why Concierge Apps Are Way of The Future in Hospitality?

Technology is penetrating into almost all the industries, and there is no exception for hospitality industry too. Especially the mobile technology in invading into hospitality industry making the smooth run of it. One of the best app which is taking a major contribution in the success of hotels and restaurants is the Concierge.

One of the main reason for the Concierge Apps development is that, in these modern days people are addicted to smartphones and the services are reaching the people via apps. The ease in reaching the services to people via concierge is offering a tough competition to the traditional human roles in the society. There are so many examples, where various services which required the presence of human is substituted by smartphones.

Concierge- what is it?

The role of concierge is changing. In the earlier days, all the hospitality services need a human presence. For example, if you want to go for any tour, you need to hire a guide or travel agent in person. But, now just with the help of few clicks, all the various concierge services can be availed easily. Starting from the ticket booking till the end of the tour, all the assistance can be mediated using technology.

It is really wondering to know that all these services can be availed ourselves using our smartphones. It is not exaggerating to say that this has created a situation where the technology is replacing the need of a human presence. This usage of smartphones and the impact of these concierges’ apps in undoubtedly helping the people to carry out the things easily.

For answering questions like why concierge apps in hospitality, the answer is simple, In general Concierge is the main focus of travel and hospitality industry. For delivering the best concierge services, one of the best ways to adopt is the apps. These mobile apps are so attractive because it can reach people easily. Not just providing the assistance, but also these apps serves best in understanding the user’s need before they are asked, saying goodbye to the age old hotel’s phone services. 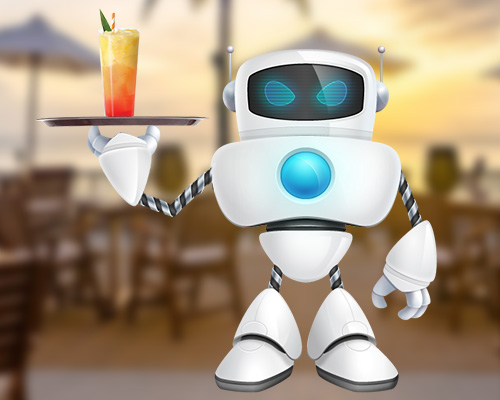 The various services which can be availed using this apps are prompt guests with room services, turning on/off the alarm or lights, send notifications regarding various deals, etc. This kind of services are profitable even for the hotel management. Even Hotel managements are focusing on How to Develop AI-Powered Concierge App. Investing on the ambiance of the hotel comes in the next preference, and these concierge services are taking the first place. Using these concierge apps, guest can book their room, avail the services they require, and much more.

For instance, guests can order food from their room itself rather than coming out for food. Not only the food, but also these concierge apps are smart enough to anticipate the guest’s preferences like booking the poolside seats, and such.

Not only these examples, there are much more exciting services which can be availed using concierge apps. The best thing which stands out is that its ability to replace the human presence and provide assistance over smartphones.

The choice between the third party app and a branded concierge solution depends on the affordability of the user. For delivering the high technology concierge services, the hotel first should have the necessary technical support. For instance, if a customer want to avail the feature of having room keys via app, then the hotel should have the ability to generate unique QR code for the process to happen. So, for the successful survival of the firm, the suitable technical support need to be there. Choosing the third party app is useful when the hotel cannot afford the cost of the installing the technicalities.

At the end of the day, it is the necessity which is the mother of invention. And owing to the ease using these mobile apps, it has become a necessity for the hotel industry to use the concierge apps. Also, our addiction to the technology is also accounting for this demand. Concierge apps are a way revolutionizing the hotel industry making the guest’s excited about using it. Though the concierge apps work in substitution for human presence, it cannot be overlooked that technical people are working behind it to deliver these exciting services.

The post Why Concierge Apps Are The Future In Hospitality? appeared first on FuGenX.

Why Concierge Apps Are The Future In Hospitality?