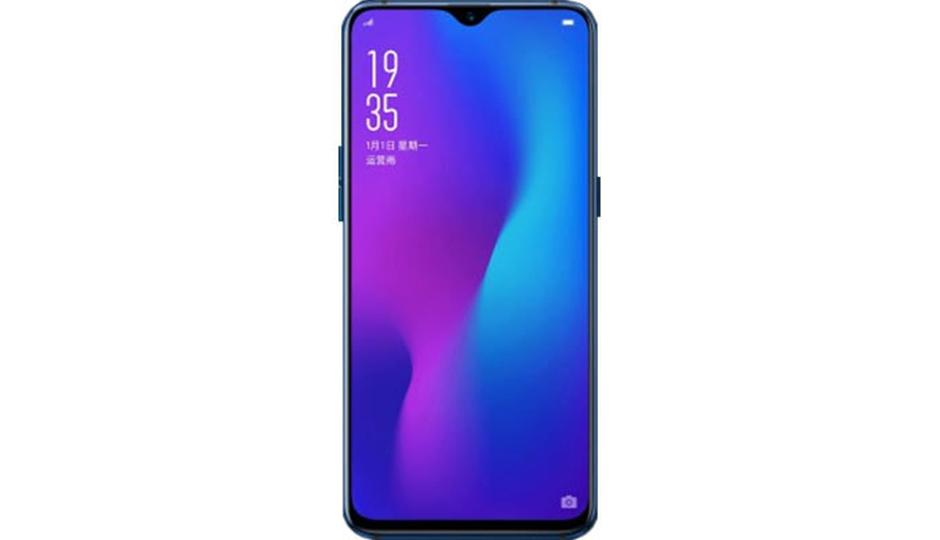 When the selfie craze was going around the world lots of Phone manufacturers started selling phones with special selfie features. Vivo and its V series of phone stood out from the rest and became extremely popular amongst the selfie lovers.

This made the company extremely popular and they began to roll out new better devices at regular intervals. The latest entry in the list is Vivo V11 Pro which is priced at ₹25,990. Though you can get a great discount using Amazon Coupons. It is not only great for selfies but also has some innovative features. Let us have a look at them.

The phone isn’t much different from its predecessor V9 in terms of looks. The phone has the exact same placements for buttons, sim tray, Camera as that of the V9. V11 is made completely out of plastic and is therefore very light and thin (7.9mm). The glossy plastic back panel is prone to fingerprints though.

The phone is a tad-bit taller than the V9 which allows it to feature a bigger 6.41-inch display. The new display is being called “Halo FullView” by Vivo and features extremely thin bezels and a tiny notch at the top. The display features Gorilla Glass 3 reinforcement and comes with a pre-applied screen protector.

The Vivo V11 comes in Starry Night which has a black colored upper portion which blends into a blue colored lower section. Another color option is gold.

The phone features a full-HD+ display with a pixel density of 400 ppi. This helps the images and text to look extremely sharp even if viewed at a close range. Vivo V11 comes with a Super AMOLED panel which provides vivid colors and excellent contrasts.

This display also comes with a built-in fingerprint scanner. The user gets to choose three styles to unlock the device. A fingerprint logo lights up on the screen to let the user know where to put the finger.

Vivo V11 has a Snapdragon 660 chipset under the hood along with 6 GB RAM. The phone performs similar to the X21 in comparison but couldn’t quite match the performance. It comes with a 64 GB of internal storage which can be extended up to 256 GB. V11 has   dual-band Wi-Fi 802.11ac, Bluetooth 5, USB-OTG, GPS, and FM radio, and other sensors.

Sadly, there is no notification LED but to make up for that, the phone features an always-on-display. You can see the time, date, battery level, and app icons for notifications. However, unlike the Samsung phones you cannot interact with these notifications and there aren’t any controls while playing the music.

The ability to customize the V11 has virtually no effect on its performance. The UI is responsive and multitasking can be handled relatively easily. The touch response is quick and accurate and the phone doesn’t heat a lot under heavy loads or during gaming sessions. The GPU isn’t that great which means games like Asphalt 9 and PUBG had to be run at low settings on the Vivo V11.

The phone comes with Android 8.1 Oreo which is under the Vivo’sFuntouch OS. This offers a different experience compared to the stock android and users who are new to Vivo phone will find it a bit difficult to use at first.

The leftmost home screen acts like a Smart Launcher and shows calendar events, the weather, a step counter, and shortcuts for your favourite apps.The iTheme app lets you change the theme of the phone and Vivo’s app store lets you download apps as well.

The control center can be accessed by swiping up from the bottom of the screen. It features a Bike mode which allows you to decide which calls are to be accepted or rejected and respond to them with custom text messages. The Vivo AI engine Jovi is there to help the users in different scenarios.

It helps with the beautification feature in camera app, provides information regarding nearby events and weather in the Smart Launcher.

There is also a Game Mode which allows the user to mute notification and automatically reject incoming calls. The AI engine also recognizes some gestures which let you use the phone with one hand, take scrolling screen shots and much more.

Vivo has also introduced FunMoji which acts similar to the Animoji from Apple. It could be accessed from the TouchPal keyboard.

The OS has lots of cool features but still has some quirks such as the presence of search bar on the home screen but not in the settings menu. The overall layout of the OS is also little bit confusing at times.

The phone features a 12-megapixel primary camera with dual pixel support but doesn’t come with optical stabilization. The phone camera focuses on the subject extremely fast and doesn’t cause any issues when panning or focusing on different subjects.

Under low light the phones autofocus struggles a little bit, but is not noticeable. The camera produces highly detailed and accurately colored images and the second 5-megapixel camera is used to detect depth and lets you take brilliant bokeh images.

In terms of video recording, the 4K video recorded in natural light is excellent but suffers from noise in low light. The phone offers a 1080p and 720p recording mode but doesn’t let you choose the frame rate.

The 25-megapixel selfie camera is probably the best one can find at this price. The images are sharp and detailed and there are also lighting modes similar to that on the iPhone. The AIFace beauty automatically applies filters which can be edited later on and you can also use the FunMoji.

The camera app doesn’t have the best of layouts but can be understood easily. It takes some time to change the shooting modes and the camera doesn’t change orientation while using landscape. The AI scene recognition is great at detecting different objects but is a little bit slow and doesn’t affect the image quality that much.

The phone battery lasts for a day without any difficulty on normal usage. If you are one of those people who use the camera regularly then you will need to charge the phone at least once in a day. A round of PUBG, i.e. around 30 minutes of heavy usage drains battery by 11 percent.

There is no need to worry as theVivo’s Dual Engine fast charging technology charges the phone from 0 to 40 percent in less than 30 minutes. If you give it an hour then the phone will have nearly 80 percent battery life.

So, when it comes to battery, the 3400 mAh Li-Po battery provides you enough juice for the day’s usage.

Gadgets.NDTV.com praised the phone for its amazing camera, especially the front one and called it the best in class.

GSMArena was also pleased with the fluidity of the phone and its camera performance and considered it a perfect option in this price segment.

Firstpost was impressed by the bezel-less design of the phone but criticized the UI.

Overall, the phone is a great option to buy if your budget is around ₹25,000 and don’t forget to use the Amazon Coupons for amazing discounts. If you are more inclined towards camera than solid performance then the phone is designed just for you.

It might be a little bit difficult to use but with time everything will become clear. Just remember the gaming performance of the phone is not up to the mark.