The 2024 Chevy Silverado EV isn’t slated to arrive until fall 2023. Chevy has been pretty quiet about the Silverado EV since it debuted back in January, but now GM has released two photos of the truck being tested at its Milford Proving Grounds. 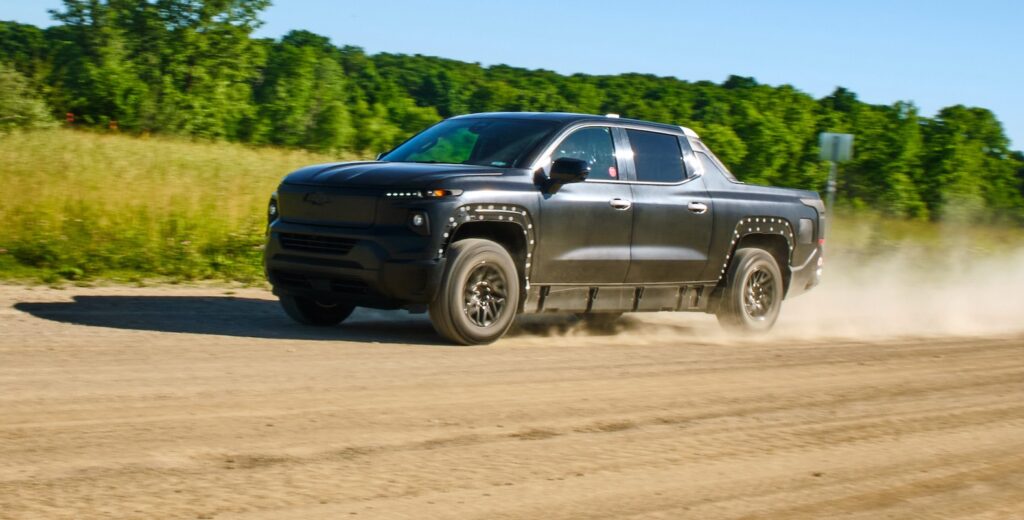 If you live in Detroit you will likely see some Silverado EV prototypes on the road, since GM plans to start testing it there in July. When the Silverado EV arrives it will initially be offered in only two versions, the WT work truck and the top RST trim level. The Silverado EV WT lists for $39,900, but it’s only available for fleet buyers. The fully loaded RST version is priced at $105,000 before destination.