Idioma: En
Tired Of Your Web Server Performance? Try Apachebooster, An Apache Based Plugin For Cpanel
http://www.apachebooster.com
Follow me
Share me

Internet is ruling the world today. IOT (Internet of Things) is reaching every part of the world and IOT environment includes almost everything starting from the mobile devices to home appliances. Every single thing is sensed, actuated and integrated into the internet. Blockchain is one of the latest growing technologies that can power the next generation internet.

A distributed ledger that works best in a decentralized fashion can be termed as a Blockchain. In simple terms, we can refer Blockchain as a time-stamped series of irretrievable record of data that is controlled by a group of computers not owned by any single entity.

Each of these blocks of information is secured and connected to each other using cryptographic principles. One of the key features of Blockchain is that it effectually minimizes the possibilities of a data breach. Blockchain involves blocks that contain several copies of the same data. All of these blocks are linked together and no data can be altered without changing the data in all the other blocks. Thus, it is nearly an impossible task to instigate a cyber-attack. 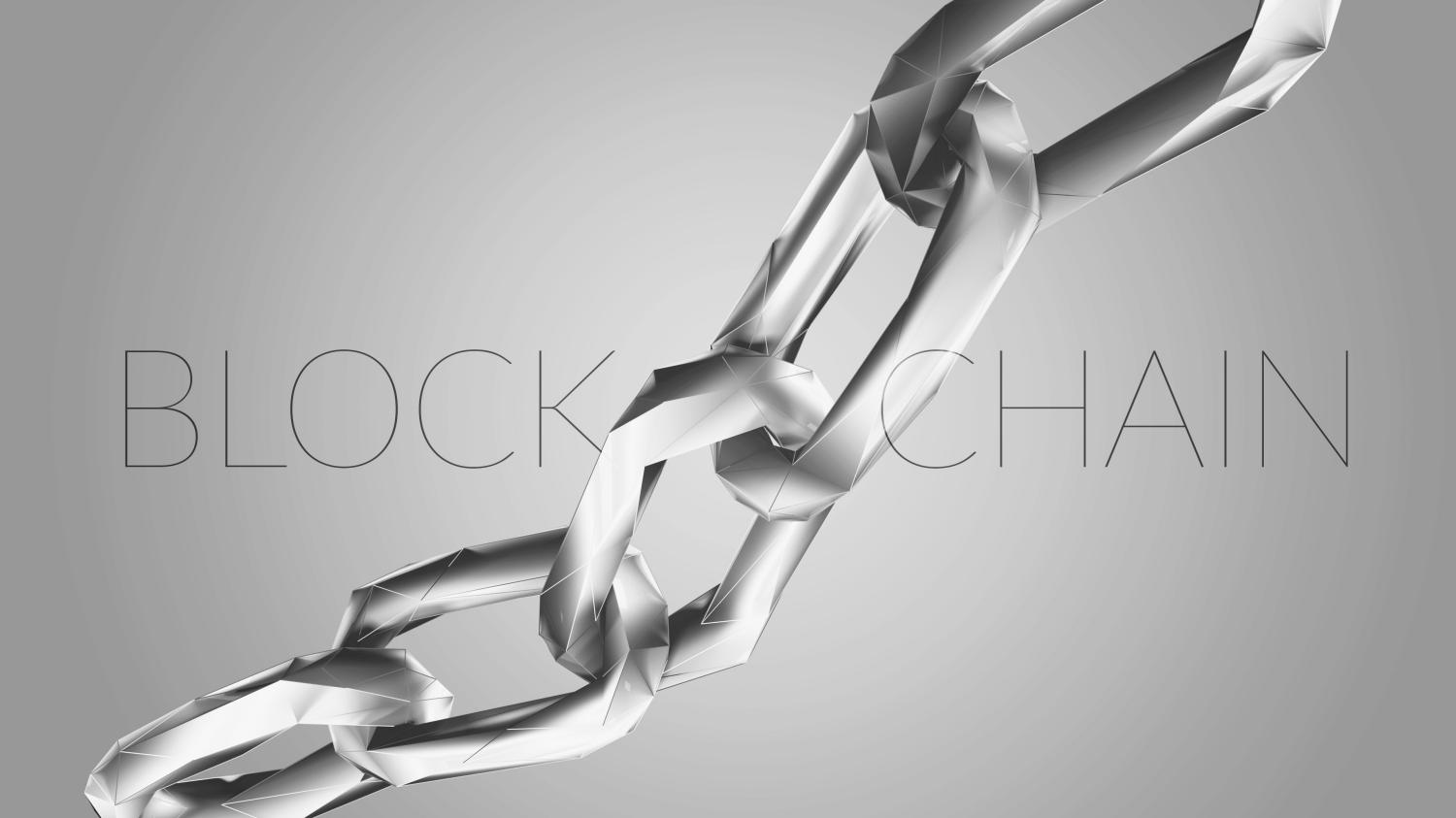 How does Blockchain work?

Blockchain is simply considered a distributed ledger and this ledger is spread across among all the peers in the Network. Each peer in the network holds a copy of the entire ledger.

Let’s see how it works.

Smart Contracts: Simple lines of code stored on a Blockchain that gets executed automatically when certain predefined conditions are met are defined as Smart Contracts. Smart Contracts are most beneficial to business collaborations that involve enforcement of some type of agreements where all the participants are certain of the outcome without an intermediary’s involvement.

For example, the event of purchasing a new car involves several processes and it can be highly frustrating. Smart Contracts on Blockchain streamline the complex procedures that involve several intermediaries (due to the lack of trust among several participants) in the Transaction.

When a person’s identity is stored in Blockchain, a decision regarding the credit can be quickly made by the lenders. A smart Contract gets created between the bank, the dealer and the lender. Once the dealer gets the payment, the lender gets the car’s ownership and repayment will be initiated by the bank on agreed terms. The entire process including the transfer of ownership will be automatic as the whole transaction gets recorded to a Blockchain, shared to the participants and can be checked any time.

Distributed Ledger Technology: A database that is spread across several nodes or computing devices is called a distributive ledger. Every single node replicates and saves an identical copy of the ledger. Every participating node present in the network updates itself independently. The updates made to the ledger are independently constructed and recorded by each node.

The nodes then verify these updates and checks to ensure if the majority is in sync with the conclusion arrived. Such an agreement made on one copy of the ledger is called consensus. Once the consensus is reached, the distributed ledger updates itself and the latest verified version of the ledger is stored on each node independently.

Consumers day by day are becoming more conscious and want to know the ethical claims a company makes for their product is genuine. Distributed ledgers provide a simple method to certify that the claims are genuine. This transparency is provided with the Blockchain based time stamping of a date and location of the product.

In the distributed ledger method of Blockchain, all the participants in the network share the same data and this shared data can be updated only in consensus. Changing a single transaction record means altering almost the entire network. Thus, data updated on Blockchain is more accurate, consistent and transparent than when processed through the paper-heavy process.

Data on Blockchain are stored across a network of computers instead of a single server. Data transactions on Blockchain must be agreed upon before getting recorded. Once a transaction is approved, it is encrypted and connected to the previous transaction. Such a massive process makes it tough for any hacker to tamper the transaction data.

With every single transaction getting recorded on Blockchain, an audit trail can easily trace the origin of any asset (example can be a company that deals with products through a complex supply chain) and also track every stop it made on its journey. The historical transaction data assists to corroborate the genuineness of asset and mitigate fraud.

Processing data using traditional paper-processes and trading is a highly time-consuming process and is most prone to human error. Most importantly, traditional methods require third-party mediation. Since data on Blockchain is processed using a distributed-ledger method that is shared among various participants, there is no need to reconcile multiple ledgers and this results in a very minimal clutter. The streamlining and automation of records with Blockchain makes the transactions to get completed rapidly and efficiently. As there is no third-party mediation, clearing and settlement can also happen quickly.

In Blockchain, there is no third-party involved and so there is no need to trust any trading partner. Only the data on Blockchain needs to be trusted. There is no documentation involved to complete a transaction as the authorized users have access to a single, irretrievable version. All these factors will create incredible cost-savings.

A Cryptocurrency is a digital form of money that is developed based on Blockchain technology. It is a medium of money transfer (such as the US dollar). Unlike regular exchanges, cryptocurrencies are digital and employ encryption techniques to regulate the creation of monetary units and to check the transfer of funds.

Cryptocurrencies work by logging transactions into a database and verify to see how much of the currency each individual is holding. This is almost similar to normal bank procedures. But the main difference here is that cryptocurrencies are purely digital and cannot be accessed in coin or paper form. These have both private and public keys and it appears as a string of random letters and numbers.

Private Key should never be shared and must be saved, stored properly. Losing a private key means losing everything that is controlled by the key.

Bitcoin is one of the most popular cryptocurrencies that functions using Blockchain technology. It offers several features including utmost privacy, lack of dependence on monetary policies that are specific to different countries, and significant cost reductions for transactions. With several unique features, public design and its peer-to-peer technology operation without the need for intermediaries’ cryptocurrencies would definitely become one of the most powerful currencies in the near future.

Artificial Intelligence (AI) in simple terms can be described as the practice of developing machines competent in performing tasks which seems to require intelligence. The Blockchain contains encrypted data distributed in several computers that are highly robust databases, mostly tamper-proof and can be read, updated only by those with permission.

Blockchain can assist to track, understand and explain decisions that are made by using AI. The decisions made by AI can sometimes be a hard nut to crack. The reason is AI is capable of accessing a large number of variables that are independent of each other and also figuring out the crucial data that is specific to the current requirement. Recording such decisions on a data point-by-data point basis on Blockchain makes it simpler for them to get audited provided the recorded decisions have not tampered before the audit.

AI has the ability to understand and manage Blockchain more effectually than humans. Just as a technical expert, cracks the code and becomes more efficient by cracking more and more codes throughout his career, Artificial Intelligence can also become an expert and sharpen its skills almost instantaneously(not a lifetime) if it is fed with the right training data.

To sum it up, we can say that Blockchain and AI are two growing technologies, ground-breaking in their own rights and that has the potential to become more innovatory when used together.

Ethereum: Ethereum can be described as an open source distributed public Blockchain network. It uses Smart Contract Functionality and permits decentralized apps to be created on it. Ethereum is mainly employed to easily write and deploy Smart Contracts. This actually contains small bits of code that gets executed on the network.

Ethereum platform greatly assists developers to develop programs for building decentralized organizations. Ethereum Blockchain can be accessed globally by anyone and can retain the current state of the network. Hence Ethereum is also widely known as “World Computer”

Hyperledger: Hyperledger – an open source development project mainly built to benefit an ecosystem of Hyperledger based solution providers and clients. In simple words, Hyperledger can be described as software for users to create their own personalized Blockchain catering to the needs of their businesses.

Key differences between Ethereum and Hyperledger

Ethereum executes the Smart Contracts on the EVM used for applications that are built to allow decentralization and for mass consumption. On the other hand, Hyperledger mainly uses Blockchain technology to support business solutions. It is a modular architecture that provides a lot of flexibility and futuristic solutions for enterprise Blockchain.

Every single transaction in Ethereum is absolutely transparent and visible to everyone in the network. Hyperledger permits confidential transactions. It provides business providers with the flexibility to make transactions accessible to certain parties having proper encryption keys.

Ethereum can either be a private or public network. Hyperledger is always a private authorized network.

In Ethereum, all the nodes in the networks (participants) are obliged to reach consensus over all the transactions irrespective of whether a node is participating or not in the network. Hyperledger permits the nodes to select between No-op (no consensus required) and an agreement protocol where two or more parties confirm a key that finally influences the outcome. Hyperledger has good control over consensus and restricted access to transactions. This provides enhanced scalability and privacy.

Ethereum has a native built-in cryptocurrency called Ether (Ethereum’s token). Hyperledger does not require cryptocurrencies, but as it is programmable custom tokens can be developed via chaincode if required.

One of the best ways to enhance the speed of any website is by using the C panel plugin, ApacheBooster. It has a unique design which has the combined features of both Nginx and Varnish. Flexibility and customizable features of ApacheBooster strengthens the server capability and improves the loading speed of the website by improving the performance of Apache software. ApacheBooster is extremely easy to install and it supports both static and dynamic caching.

Effectively manage the customer expectations and provide high quality, seamless experience to the users with the help of ApacheBooster plugin which keeps on upgrading consistently as per technological requirements and also provides a highly enhanced website performance.

The post Blockchain | The New Emerging Internet – What’s the future? appeared first on Apachebooster Blog: Showcasing the tech blogs written by our writers.

This post first appeared on Tired Of Your Web Server Performance? Try Apachebooster, An Apache Based Plugin For Cpanel, please read the originial post: here
People also like

Subscribe to Tired Of Your Web Server Performance? Try Apachebooster, An Apache Based Plugin For Cpanel