Samsung launched Galaxy S8 and S8 Plus with snapdragon 835 Chipset now  Samsung Electronics and its Chip partner Qualcomm have already started working on a new mobile chip Snapdragon 845 for its next flagship smartphone, dubbed the Galaxy S9 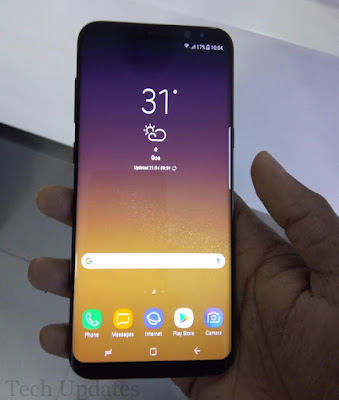 . When the development is completed, either Samsung or Taiwan’s TSMC will start manufacturing the chip.  Samsung’s current Galaxy S8 is the first smartphone to feature Qualcomm’s latest 835 processor. Other new phones like LG Electronics’ G6 also hoped to use the chip but failed to do so due to supply constraints.

The 835 chip is produced at Samsung’s manufacturing facilities equipped with the 10-nanometer chip manufacturing technology. The chip boasts 27 percent faster-processing speed and 30 percent more energy efficient compared to a chip based on the preceding 14-nanometer technology.

“The capabilities of a mobile processor can decide the overall performance of smartphones which now have a range of features such as video calls, video recording, VR, and AR,” an industry source said.“The competition to secure advanced mobile chips will intensify down the road.”

The Korean tech giant declined to comment on the matter.  Samsung, the world’s largest memory chipmaker, has recently unveiled a new chip using the second-generation 10-nanometer technology that improves processing speed by 10 percent and consumes 15 percent less energy than the first-generation chip.