In today’s world, it’s pretty evident that computers are no longer something we use every other day but they have indeed become an integral part of our daily lives. However, it turns out that not everyone knows how to do day-to-day computing or even have a general understanding of how they work.

To some, computers are more like mysterious black boxes that hold powerful magic and networks are supernatural hyperspace portals between PC that allow magic pass through and bring things to being on the internet. Well, it might not be as bad as that, but many people do have weird beliefs about their PCs and technology that have no form of grounding in reality.

What are Some Odd Misconceptions About Computers

In this post, we’re not going explore all the usual mumbo-jumbo list of common misconceptions. Instead, we’re going to look at recent thoughts from users on Quora so we can really understand certain odd beliefs people have about PCs.

ALSO LOOK AT OTHER LISTS: 3 Celebs who betrayed gadgets they were paid to endorse

The Line Between Hardware and Software

First up is the thought of a user known as Joseph Reinemann, He says:

“There remains to this day a general misunderstanding of the line between hardware and software. One which I find worrying as I’ve seen several very successful scams prey on it.

People understand basic things, like for instance that you can’t just download extra RAM or a few more gigabytes of free space. But the things that are really important from a development standpoint, like the relative retrieval speeds between a remote source (The cloud), a local hard disk, system RAM, and the processor cache, that’s all gibberish to them.

And unethical developers are willing to exploit that ignorance to sell them on all manner of products that any sophomore CS student who has completed their class in machine architecture could tell you are bunk.”

“Another popular one is this weird belief people have regarding cables. People tend to jump at cables designed using methods that are good for analog signals. They’re stiff, made of gold, heavily shielded, and more often than not completely identical in performance (or worse) than a five dollar one off Amazon.

Your TV or monitor only reads 0s and 1s. 0s and 1s cannot get fuzzy due to your microwave being turned on. Having a fancy cable to move those 0s and 1s will not make colors any brighter, or sound any sharper.

And yet, every time I go into best buy, I still see people carefully studying the specs of two premium cables trying to figure out which one to buy, ignoring the two pack of generic HDMI cables for a fraction of the cost that isn’t so heavy they’ll slowly break off any horizontal HDMI ports you have.”

Speed and Hacking of computers

A Vaidya also shares his own thoughts;

Like, hacking into a major corporation takes a few minutes.

Or when you turn on a PC, it turns on immediately.

PCs are much slower than movies make them out to be.

Hacking can take a few hours on a particularly hard one.

And turning on computers? Come on, everyone should know about this. PCs take forever to turn on.

For commercial photo-editors, they know how annoying it is when a customer walks in, gives them a flash drive with a photo, and asks them to zoom in on something and enhance the image.

Now hold up for a second. You can’t do that. You can’t just take a large image, zoom in, and magically make it clearer. The resolution is a set number.

Seriously, you can’t do that.

That’s not how it works.

Unless you’re in a movie.” 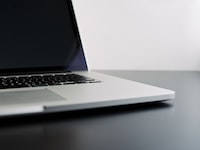 “One common misconception is that PCs are somehow magical and people who understand them are magicians and wizards.

Computers obey the laws of physics just like any other machine. They can’t run when the electricity is out, they can’t make sense of what the webcam is seeing, if they can see at all, and they are not intelligent. (The most advanced artificial intelligence in 2016 can be put to shame by the capabilities of a two-year-old.)”

And here I thought no one really believed computers are magical!

“Trust me on this; your computer cannot be wrong, it cannot misbehave, it cannot do anything on its own, it is not smart, it is just a dumb piece of hardware which needs to be told every single thing every single time. It does not learn from it’s mistakes.

Yes, any unexpected output is not the computer’s fault, it was programmed to give this output. It will never learn, you need to tell it everything, every fuckin time. And that is the truth. Well, you tell the computer your Username and Password every time you log in, never complain about its incompetency, rather take it as secure. But, only if your computer types out ‘ @ ’ when you press ‘ ” ’, and vice versa, (a common issue if you misconfigure the US and UK keyboards. The US one has ‘ @ ’ above 2, while the UK one has it above your single quote) you go mad that the computer just cannot tell if you want to type “ or @.

You go mad if the auto correct does not learn.”

CPU is the Brain of the Computer

“That the CPU is the brain of the computer. NO. The computer is not a living creature; it is a fuckin machine. Machines don’t have brains. What they taught you in school was wrong. The school teachers don’t know shit about a computer. They can probably not even reload the BIOS on a computer. They feel that the job of the brain is to store data, and hence call CPU the brain.

A brain is meant to process, think and understand. CPU is capable of nothing of this. In fact, CPU is not even capable of storing data. It is the Hard Disk or the Solid State Drive which is capable. CPU can only evaluate Boolean(true/false type) decisive expressions. It cannot judge. All it does is switches signals and gets outputs.”

This guy is the truth!

“That most programmers write machine code. i.e. that we type literal 1s and 0s into PCs to write code.

I’ve heard this from a few (clearly non-techy) people, probably because everyone hears that computers run on 1s and 0s, so they assume that’s what programmers must be typing.

We basically just write in a version of English that’s customized to make what we’re trying to do easier. It’s not that crazy. Anyone could code without having to know binary.”

Maxim Kazhenkov adds yet another misconception;

“They’re not. Computers and brains work in very different ways. Sure, given sufficient power, they’re able to simulate a neural network and eventually even whole human brains, but that applies to everything: From interaction of subatomic particles to collisions between galaxies, all can be simulated to a degree with a Turing machine. And a standard CPU is not particularly efficient at simulating the brain.”

Look at: The Internet of Things, it’s time to wake up!

“This simply isn’t true. Millions of people graduate with CS degrees, and unfortunately, CS degrees don’t prove skill, experience, or practicality. Learning to program in C is completely different from being given a project and coding it.

Learning all the tools in Photoshop is completely separate from being told to edit a picture to your boss’ liking. In today’s world, corporations look more for certifications in various fields or software than degrees. Having a degree in CS is great, but you need evidence to back it up and show that you know what you’re doing, not just the theory behind what you’re doing.”

“The Biggest one is that they are infallible in that they always make the right calculations and the right answers.

Computers are only as good as the good as the people that make them. If a programmer forgets to do something, the computer will make a wrong answer. If the chips are designed incorrectly, if the way they are built is wrong, the computer is wrong. So many times have I heard “But the computer says it is this” for it to be found out it was wrong.”

So there you have it, folks! These are some really odd misconceptions about computers from several users on Quora. With all that has been said, it’s pretty clear that there are tons of odd beliefs people tend to have about this fantastic piece of technology. So what do you think about these misconceptions?