It’s an old cliché that is hard to disapprove that,”All work without play makes you a dull individual.” Similarly, Maria Edgeworth is of the opinion that,“All play and no work make you a mere toy.” Faced with such a scenario, how best do you maintain the scales of balance as to not infringe on the growth and development of your child who is below twelve years of age?

On the face value, it’s a herculean task to strike a balance. However, thanks to Dacobots, an e-Learning product from Ascendia, parents can essentially kill two birds with one stone! The doubting Thomas’s read on.

Dacobots is presented as an online edutainment portal by Ascendia. What does that mean? Edutainment is a coined phrase that indicates the unison of education and entertainment. Simplified to mean that informative education material is presented in the form of games.

It, therefore, goes without saying that as your twelve year old child plays Dacobots, he or she simultaneously reaps both the benefit of play, as well as, getting vital life and school skills at the same time.

Change in times demand that we come up with ingenious and interesting ways to do things. Capturing and maintaining the imaginative creativity of kids is a fundamental concept that is required in the teaching process. Dacobots exploits tools of technology that youngsters have developed an affinity for; such as, TV and personal computers to package educative material for fast and easy comprehension process.

For a reasonable subscription fee, you will be in a position to supplement your child’s home-schooling in a more interactive and interesting fashion.

The beta platform that is available on PC, is presented under six major categories. That is, health sciences, language, math, history and art. Under these broad subject areas, the portal further generates subcategories (totalling to 51) which coalesce to form the games.

The developers of the game have an initial target group of children between the ages of 4 to 12 years. Under the tutelage of the five virtual teachers presented as robots, your child is bound to have fun while learning a lot simultaneously. Kindly take note that one the five virtual teachers is still in the development stage- the icon is inactive.

In a nutshell, that is a general explanation of Dacobots. This review shall be confined to the works of robot Zalmox- lead science teacher under the sub-theme of ‘Brain Power’.

This series is intriguing. Your kid will get to explore the hidden capabilities of the brain. From the way the brain works, to parts that consist of the brain, to methods of expanding your memory capacity (thinking tank as a center of storing information), Zalmox will be in a position to tutor your child.

Taking into the principals of pedagogy, the lessons are designed in three stages. Starting with an easy to navigate interface, your child will be briefed on the objectives of the lesson, then followed by an introduction of the lesson- discovery stage.

Thereafter, your child will proceed to a knowledge reinforcing session, and upon successfully completing the aforementioned step, your he will be taken through a summative assessment – recapping what the lesson was all about before being given a certificate of completion in the form of a digital card. Good deeds must be indeed acknowledged.

The robot has its unique way. My nephew got one – take a look at the neuron at the bottom far left!

Stating the obvious once again is the fact that as your child plays, he gets to learn vital life and educative skills. A pretty great way to learn.

Dacobots, under the ‘Brain Power’ series focuses on optimizing your kids’ brain power using techniques that aid your child to commit to memory vital facts. An elaborative methodology of how to develop mnemonics (aides-mémoires) to me is the epitome of brain power.

What does that mean for your child? Complex terminologies and things to do list will be committed to memory and, hence, become part and parcel of his or her daily life. To appreciate this fact, take a silent test of the order of the colors of the rainbow or the order of the planets of the universe without making reference to your elementary mnemonics. Be honest with your own assessment. It’s an uphill task. Throw in the mnemonics it’s a walk in the park. That’s how good and easy Dacobots ‘Brain Power’ series makes learning easy for your child. 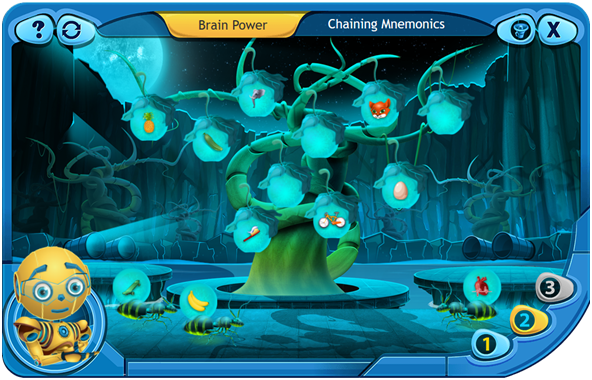 The glaring shortcoming that quickly comes to mind on launching the Dacobots program must be the limited choice of language. Only two language versions are available: Romanian and English. Where does that leave the French, Germans or Italians? You can take solace in the fact that the developers have pledged to roll out other languages beginning the first half of 2017.

I find some of the game content to be way beyond the understanding of the grades indicated for. A case in point is the neuron game. Having said that though, it doesn’t hurt a borne to start learning early in a game infused method.

Dacobots exemplifies a perfect way of conjoining education and entertainment among tech savvy children. Though still a work in progress, the early signs show that it’s a program design to rewrite e-learning platforms for kids.

Supplement your child’s homeschooling with the Edutainment provided by the e-learning games of the Dacobots portal.

*This is a sponsored post written by TechDigg on behalf of www.Dacobots.com. All opinions are 100% ours.