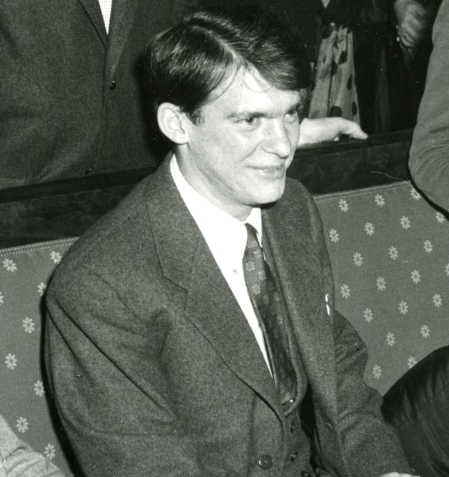 In the first months of 1953, with his office mates scrambling to determine the molecular structure of DNA before his own father could beat them to it, Peter Pauling was mostly concerned with the English weather. He had been at Cambridge University since the fall of 1952 when he began his PhD program in physics at the university’s Cavendish Laboratory, and in that time he judged that he had seen a mere two full days of sun and was now officially fed up.

How To Become God's Battle Axe
It’s Me – Chapter 12
Sex on Your Period – Reasons to Do It
Spider-Man: If This Be My Destiny - L…
Top 10 Best Sites Like GoStream To Wa…

His father, by contrast, was mostly concerned with finishing his most recent edition of The Nature of the Chemical Bond, for which he had often solicited Peter as a source to provide example problems and solutions prior to his departure for England. As he was now beginning his graduate research, however, Peter was too busy to provide much assistance for this edition.

Instead, he was mostly occupying himself with a muscle camera developed by Hugh E. Huxley, a molecular biologist studying the physiology of muscle with Max Perutz’ Medical Research Council (MRC) Unit of Molecular Biology at Cambridge. Taking pictures of fibrous and globular proteins – beginning with insulin and tropomyosin – Peter applied the Cochran-Crick theory, with the goal of determining the helical structure of these protein molecules. This inquiry was, in principle, made possible by Linus Pauling’s work from less than a decade prior.

Since 1947, when the MRC unit was founded by Sir Lawrence Bragg, John Kendrew and Max Perutz had endeavored to use x-ray crystallography to determine the molecular structure of hemoglobin in sheep. By the time that Peter arrived at Cambridge, however, hemoglobin had proven to be an untenable object of study, and Kendrew’s focus had shifted to Myoglobin. Whereas hemoglobin is found mostly in the blood, myoglobin is generally found only in muscle tissue. Both are proteins that carry oxygen to cells. Problematically, myoglobin is one fourth the size of hemoglobin, and too small for the era’s techniques of x-ray analysis.

To solve this issue, Sperm Whale Myoglobin was used in hopes that the molecular details of the larger, oxygen-rich proteins of a diving mammal would be more observable with the tools then available. “Stranded whales are the property of the Queen,” Peter explained to his father as he discussed this work, “but we have an agreement with her to get a piece of meat if one comes ashore.” Nonetheless, though availed of samples from beached whales in the United Kingdom and from countries as far afield as Peru, Kendrew could not render the x-ray diffraction patterns with complete certainty.

In 1953, Perutz realized that by comparing the diffraction patterns of natural whale myoglobin crystals to crystals soaked in heavy metal solutions – a procedure called multiple isomorphous replacement – the positions of the atoms in myoglobin could be more accurately determined. Accordingly, Peter was tasked with making countless measurements in support of this effort.

Peter wrote to his father often over the next two years as he struggled to complete this project, which was the focus of his PhD. In particular, Peter asked for advice on how one might best get heavy metal atoms onto myoglobin, detailing his attempts to use everything from saltwater to telluric acid, which was used to produce salts rich in metallic contents, such as the element Tellurium.

Indeed, Peter’s work proceeded slowly, not least of all because of his knack for keeping things entertaining. Shortly after Watson and Crick’s discovery of DNA, for example, he fabricated a Letter of invitation from his father, Linus Pauling, to Francis Crick, requesting Crick’s presence at an upcoming conference on proteins at Caltech. “Professor Corey and I want you to speak as much as possible during the meeting,” the impostor Pauling said to Crick in the fake letter, even urging him to consider lecturing at Caltech as a visiting professor. Linus Pauling had appeared to sign the letter himself, his signature skillfully forged. The letter proved so convincing that Crick actually replied, accepting the invitation to speak at the conference.

Before long, it became apparent that the entire communication was, in fact, a practical joke. Lawrence Bragg, the director of the Cavendish Laboratory, where Crick himself worked, was scheduled to speak at the proteins conference in the same time slot that the fake letter had proposed for Crick. Were it not for this, the deception might have gone even farther, since upon seeing his son’s forgery Linus himself was almost convinced that he had written the letter and had simply forgotten about it amidst the relentless pace of his schedule.

Ever a stickler for the details, however, Pauling noticed a grammatical error in the document that he would never have made. From there, he deduced the letter as having been authored by his mischievous son. For this transgression, Linus subtracted a five-pound fine from the $125.00 check that he sent to Peter each month.

Subscribe to Paulingblog | Presented By The Oregon State Univer