Scott McTominay says United’s youngsters are hungry to impress as Ole Gunnar Solskjaer fielded the youngest side on the Premier League’s opening weekend.

The Scottish international put Marcus Rashford in the same category as Paris Saint-Germain force Kylian Mbappe and warned the senior players at Manchester United that they face a fight to get back in the team.

United boss Ole Gunnar Solskjaer fielded the youngest side on the opening Premier League weekend, with an average age of 24 years and 227 days, as Chelsea were swept aside 4-0.

The 22-year-old McTominay got the nod over Nemanja Matic in central midfield and Aaron Wan-Bissaka, Andreas Pereira, Anthony Martial and Marcus Rashford – who are all under 24 – also started at Old Trafford 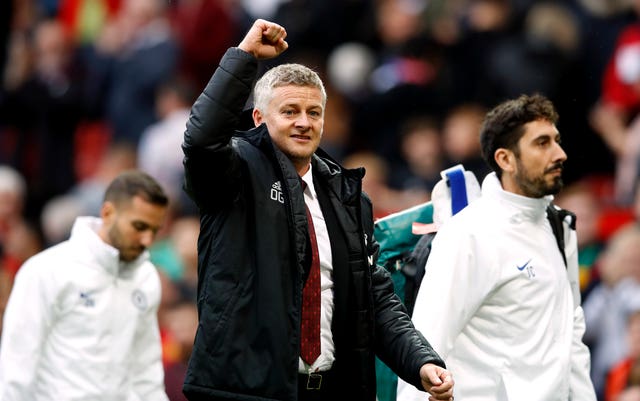 Youngsters Daniel James and Mason Greenwood also came off the bench, and it remains to be seen the roles that established players such as Ashley Young, Alexis Sanchez, Chris Smalling, Juan Mata and Phil Jones have this season.

“It’s so important to have experienced players in your squad like we’ve got,” Scotland international McTominay told BBC One’s Football Focus programme.

“We’ve got players who’ve won titles and many trophies, but young players are there as well and they are hungry to compete for their place in the team.

“Just because someone’s played more games than you, it doesn’t mean they’re always going to get in ahead of you.

“It’s about who does the business on the pitch and I feel everybody has got that message in their own head.

“It’s not a given that you’re going to play every single match. But that’s the sign of a healthy dressing room.

“Age is just a number when you see people like (Kylian) Mbappe and Marcus Rashford.

“At such a young age, they are doing amazing things. They just play, like they did when they were younger.”

United’s next test is at Wolves on Monday, an unhappy hunting ground for the Red Devils last season.

Solskjaer suffered 2-1 Molineux defeats in the Premier League and the FA Cup during the space of a few weeks as his bright Old Trafford start began to fade.

McTominay said: “It (Chelsea game) looked like it could be four, five, six-nil the way we were going.

“It’s important we do take confidence from that, but it is one football match.

“It is one game where we’ve put that into practice and it’s come off. But there’s a lot more games coming up where we have to keep that same mentality.”

Martial’s close-range strike was particularly pleasing for former striker Solskjaer, who played him through the middle and wants the France international to score more tap-ins. 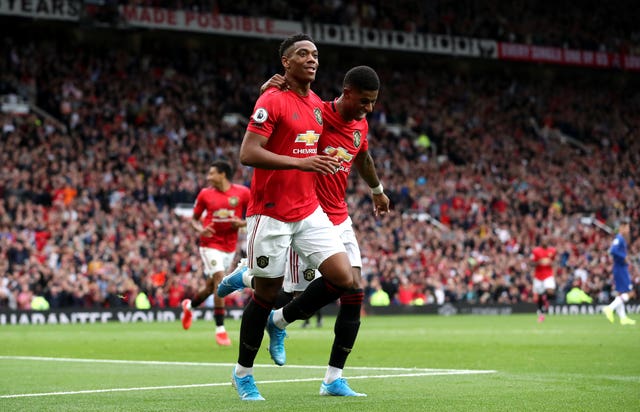 “Now that I’ve taken the number nine shirt back once again, all he (Solskjaer) has said to me is that I have a lot of responsibility and that I have to score goals, so that’s what I’m trying to do,” Martial told the United App.

“We work on that a lot in training and I think it’s improving all the time.

“Since I was a young kid, I’ve always played as a striker but, then again, I’m fine with playing more out wide as it’s a position that I enjoy playing.

“It’s a real pleasure to find myself back in that more central role, so I hope I can really help the team from there and go on to score plenty of goals.”