Arsenal and Chelsea served up a scintillating 94 minutes at the Emirates as Chelsea went ahead from behind but saw victory denied by a stoppage time Bellerin strike.

Jack Wilshere pulled off another decent performance and notched his first competitive goal for the Gunners since May 2015.

The England international was understandably elated with his strike and was joined by his teammates as they Celebrated the well taken goal.

While the rest of his teammates were busy celebrating amongst themselves cameras captured Xhaka celebrating the goal with a Ball Boy near the corner flag.

The photo has been quickly shared online by Gooners who praised the center back for making the day extra special for the young lad. Check out the photo below – 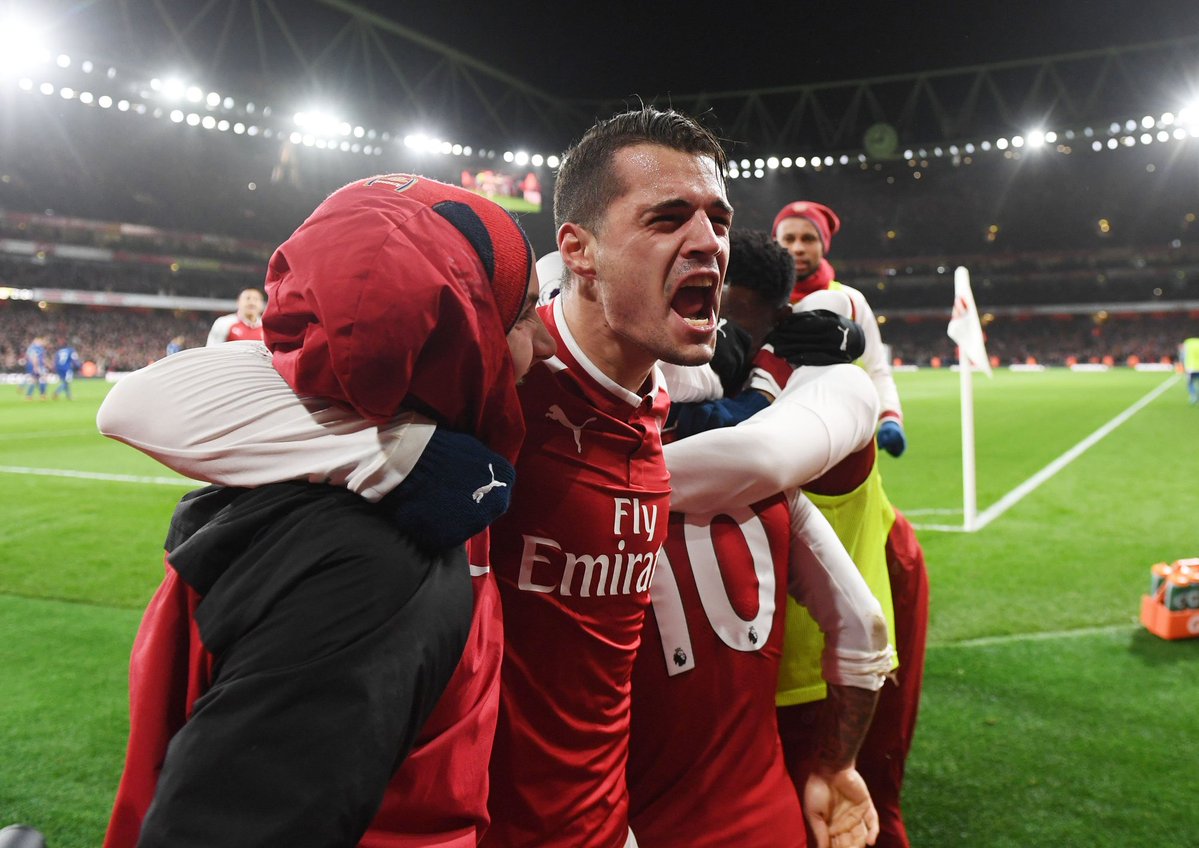