Next level of trolling from Arsenal supporters

Eddie Nketiah catapulted out of oblivion into absolute stardom when he rescued the ailing Gunners against Norwich City in some fashion. Such was his introduction that Arsenal Fans went into meltdown on witnessing the youngster’s impact.

Arsenal official Twitter’s Motm Poll couldn’t hide their appreciation for the two goal hero as they went all out in choosing him as their only contender for the accolade. However Gunners support went one better and trumped the hilarious voting policy with even more ridiculous tweets.

Clearly the youth product is in dreamland right now and if the voters are to be believed Nketiah’s only rival is Nketiah himself. Apart from the intended puns though, it was a night that well and truly belonged to the debutante and Arsenal fans just can’t seem to get enough of their new found prodigy.

Check out the MOTM poll and the replies below – 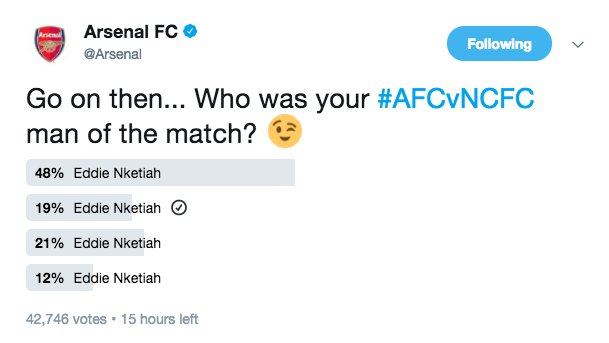 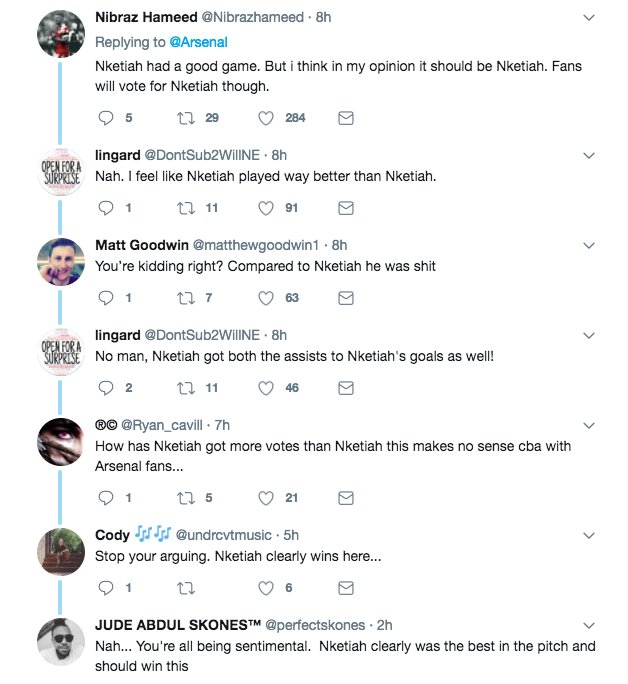