One of Liverpool’s Major aims under Brendan Rodgers that has been continued by Jurgen Klopp is the emphasis on scouting, signing and developing the best youth talent available. The German doesn’t just want to build a successful first team; he also wants to build a solid base of young talent for the club’s future.

I was nervous about switching therapi…
Q&A with Phil Yates: Shaping the Futu…

One of the players Liverpool have been heavily linked with is Ryan Sessegnon. The young left back and been earning rave reviews for his performances at Fulham in the Championship, and many believe he has the potential to be something special. The fact that he also plugs a massive hole in Liverpool’s squad also helps.

The defender recently did his best to fuel speculation about a move to Anfield by leaving a comment on fellow countryman and Liverpool youth star Ben Woodburn. The comment might be simple in nature, but the level of appreciation shown by Sessegnon for Woodburn will definitely get tongues wagging. 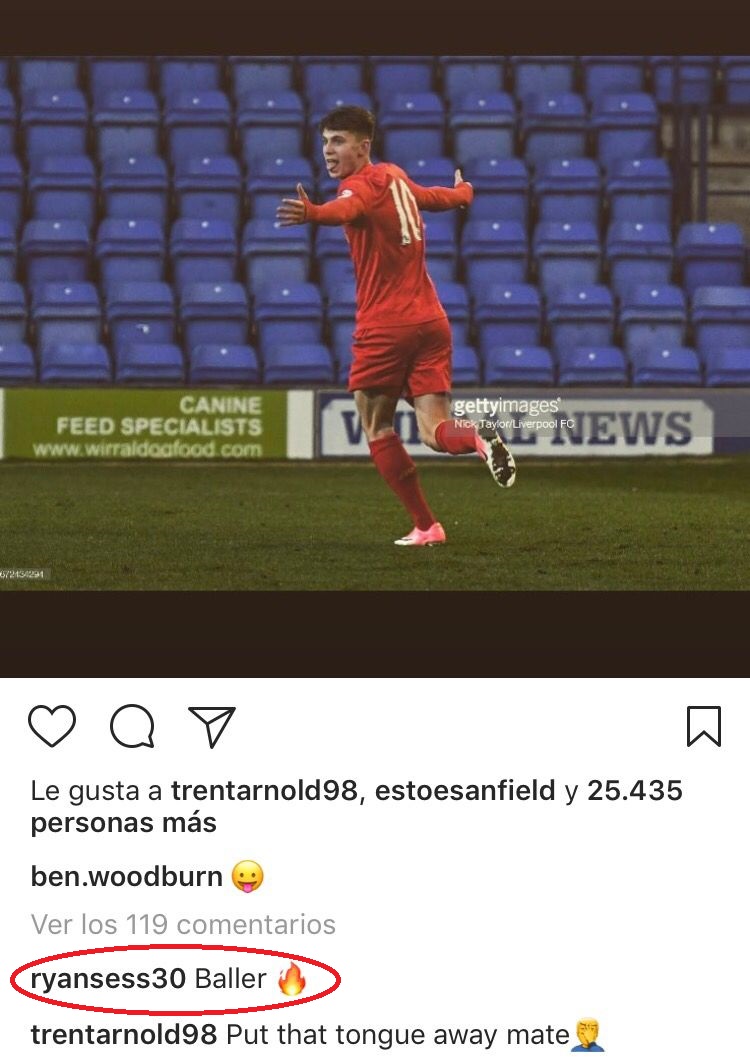