It’s fairly common for footballers to include themselves in their Dream Five-a-side or Dream Eleven. They are rarely beyond putting themselevs up there with the greatest in history – but Aaron Ramsey seems to be on the opposite end of the spectrum.

How to Keep on Running During the Pan…
CBD 2020: What to Expect + Our Top Pr…
Anthony’s is as Italian as They Come
O.L. – Sagawaga (Prod. By Aaron Dugud…
FAQ’s About Wealthy Affiliate – Part …

Instagram user @ghergji44 commented on another Arsenal fan’s idea of their side’s starting line-up against West Brom by calling it their best available XI and the Welsh Star seems to approve as he liked the comment – despite the fact that he himself is missing from the side!

A laughable gaffe or just honesty over underwhelming performances of late – we probably won’t know any time soon. Gunners’ fans online speculated everything from a move away from the Emirates, an acknowledgement of poor performances and even speculation of whether it was a fake or tongue-in-cheek comment. What was for sure was that it led to a string of entertaining observations.

Ramsey may have committed a faux pax here, but Arsenal supporters will surely be hoping the Welshman rediscovers the kind of form that made him the first name on the teamsheet.

Check out the lineup in question below: 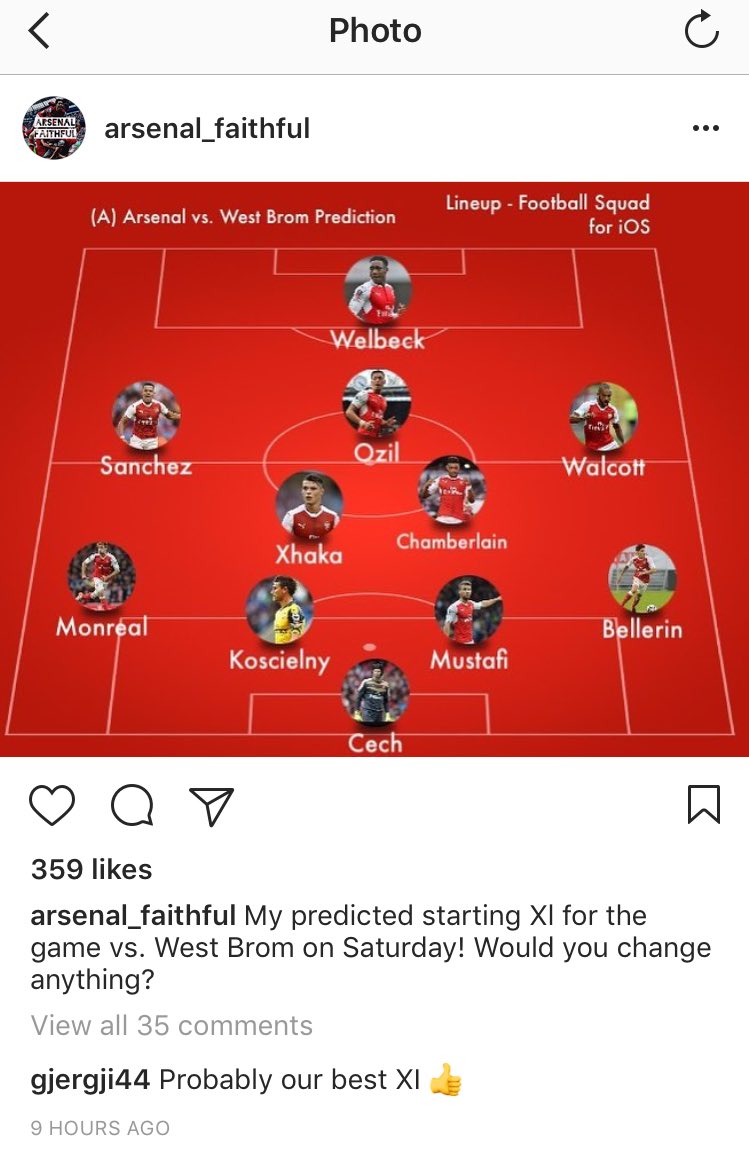