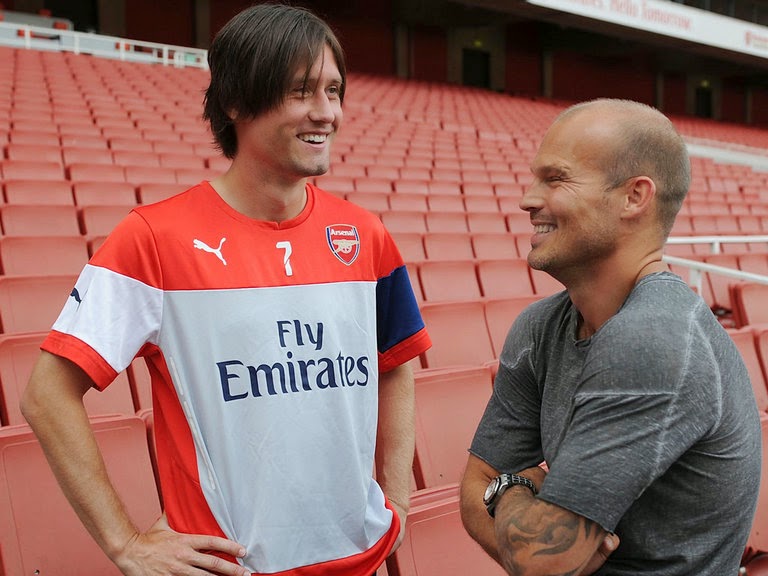 Rosicky says they are determined to win the title this term.
"Last season we were there  for a big period of time. We didn’t make it to the end.
"We had troubles at the end. We showed last season we are there and now we have some great new players.
"I think we will be up there at least. It’s our goal to win it.”
Rosicky, who is entering his ninth season at Arsenal after arriving from Borussia Dortmund, insists he never thought of leaving as he was determined to help the club win silverware.
"It is a big club with big ambition and for me it was always worth fighting for it.
"That’s why I have been here so long.
Was I happy that we didn’t win for so long? Of course I wasn’t. I just wanted to stick around and fight for it. This is a club that is worth fighting for.”
copyright shilzfootball 2014 at shilzfootball.blogspot.com