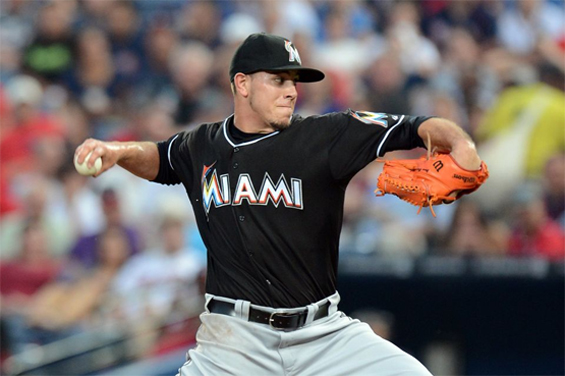 There's no arguing, Jose Fernandez had a bright future ahead. He was one of the sport's best hurlers and had a newborn on the way.

His death was tragic, but new revelations indicate he was drunk and had cocaine in his bloodstream during the fatal boat crash in September that also killed two other people.

Take a moment and think back to the media coverage given to Fernandez immediately following his death. He was the face of youthful energy and incredible potential, the epitome of a gentleman and a pillar of the Miami community.

On the surface, that summarization identifies the type of athlete we want our children to admire.

But what do we do now, knowing the carelessness and foolish nature surrounding his death?

Social media exploded within mere moments of Fernandez's toxicology results going public, and what astonished me was the number of people that argued the release of the results was a bad thing as it would tarnish Fernandez's reputation. Their position was that the drugs and alcohol shouldn't change the narrative surrounding Fernandez's death.

We all know our children look at athletes as idols. They view celebrity through a lens that we don't always comprehend. Think of all the children that have posters of Fernandez in their bedrooms, or shirts with his name in their closet. What happens now?

I find myself in a predicament if I'm a parent and purchased a Fernandez poster for my child's bedroom. Do I leave the poster up, allowing my son or daughter to pay homage to an athlete that didn't care enough about his own family to board a boat with drugs and alcohol?

How do I feel as a father if I see my teenage son heading out on a Friday night wearing Fernandez's name on his back?

The fact is, Fernandez's toxicology report from that fateful September night should obliterate the narrative we already had in our minds.

The good Fernandez brought to the world prior to his death isn't erased, but the lens in how we view his life is blurred at best. His decision left a girlfriend to be a single-mother and a child without a dad.

Photos: Bambam Is Suspiciously Pregna…
Best Story-Rich Games on PC: November…
Is this a new trigger signaling a rel…
Starting a CBD Business
Markets gaping down a bit, USMCA, Gun…