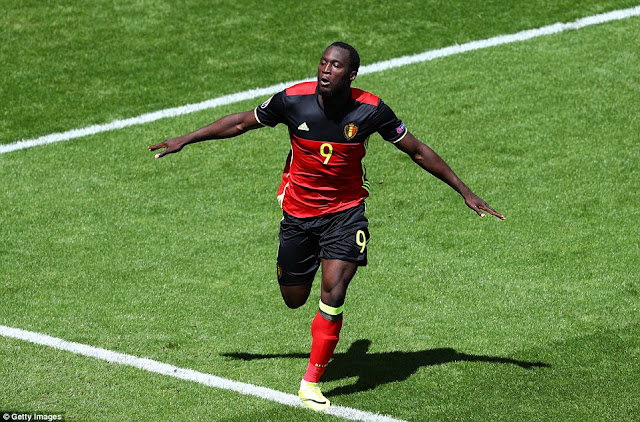 Chelsea and Everton are at loggerheads over a transfer fee for Romelu Lukaku, while Tottenham are set to make a £20m bid for Leicester star Danny Drinkwater, according to Monday’s papers.
Chelsea Plan Lukaku Swoop As Everton Set Out Their Stall

how to control your thoughts - lovelc…
8 Signs You Should Avoid That Potenti…
18+ Adult Movies Of All Time To Fulfi…
6 Interesting Places To Hold Your Nex…
My Top Ten Favorite Business Tools fo…
Everton have told Chelsea that Romelu Lukaku will start the season with them unless they meet his staggering £75million valuation, reports the Daily Mirror.
The Blues are ready to offer up to £68million for the 23-year-old Striker having had a £57million bid rejected. 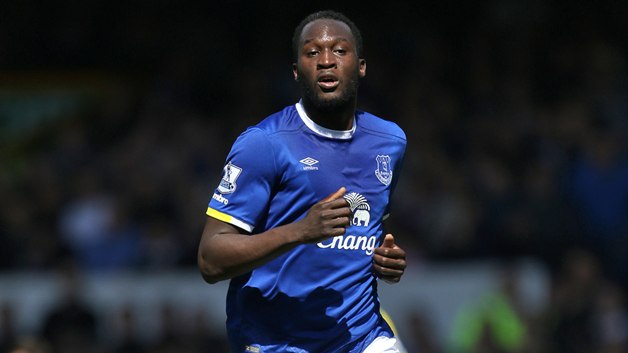 But Everton are refusing to compromise despite accepting he wants to return to Stamford Bridge.
It was claimed over the weekend that Chelsea had an opening bid of £57million rejected for the Belgian – although Blues Boss Antonio Conte refused to discuss this when questioned on Sunday.
It is understood talks between the two clubs have been ongoing for over a fortnight with Everton refusing to budge over the striker’s fee.
It means Chelsea will have to shatter the British transfer record, set by Manchester United when they signed Angel Di Maria for £59.7million from Real Madrid two years ago.
Chelsea’s offer is already more than double the £28million Everton paid for Lukaku two years ago.
The Londoners have a lucrative five-year deal waiting for the Belgian, who scored 25 goals last season, at Stamford Bridge
They are determined to land him after Real Madrid made it clear that Spanish international Alvaro Morata will stay at the Bernabeu.
Ambiguous Conte Keeps Oscar Guessing Amid £30m Inter Talk
Chelsea boss Antonio Conte has refused to discuss Oscar’s future directly amid reports on Monday the Brazilian will be allowed to sign for Inter Milan for around £30m.
The Sun claims the Italian does not think the Brazilian, 24, works hard enough for the team and was lazy during the 3-2 loss to Real Madrid in Detroit on Saturday. 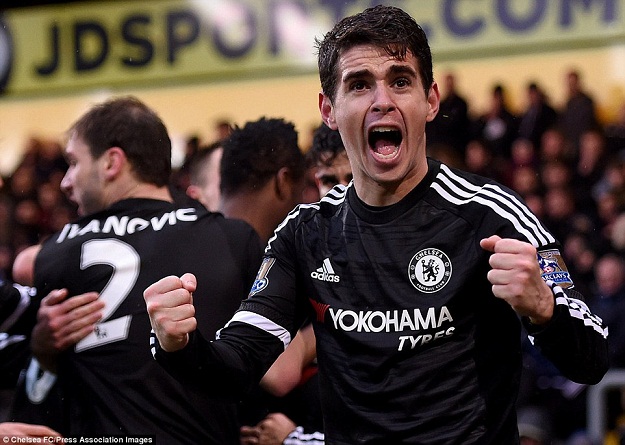 Asked if Oscar has a future at Chelsea, Conte refused to speak directly about the player, but did admit there would be departures from Stamford Bridge.
“All 29 players are Chelsea’s players at the moment. After this period I speak with my club,” he said.
“I agree after this tour to see all the players and then to take a decision. When we finish this period I will take the right decision for the player and for the club.
“There are players who will stay and others will go. This is football. It is important to be clear with all.
Tottenham Set To Make Drinkwater Swoop
Spurs are poised to pounce for Leicester’s Danny Drinkwater and could launch a bid of £20m for the midfielder, according to an exclusive in The Sun.
The report claims the Foxes have so far been unable to tie Drinkwater down to a new deal and Spurs, who have a long-term interest in the midfielder, are ready to swoop. 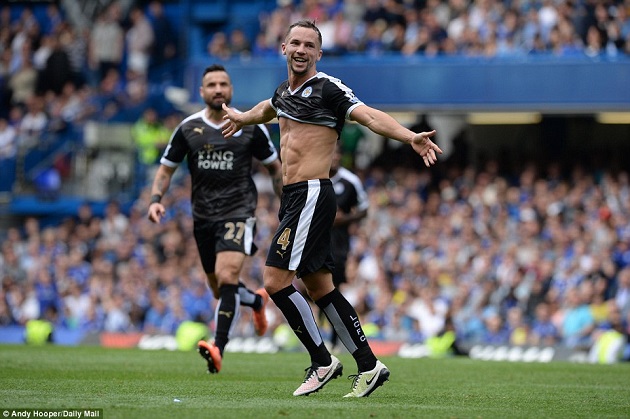 It’s claimed Tottenham will approach Leicester to see if a) they’re willing to sell and b) if the player would be open to the idea of a move elsewhere.
Most of the Premier League clubs are keen admirers of Drinkwater and are sure to join the bidding to challenge a raid by Spurs.
But Leicester have only just opened negotiations over a new £80,000-a-week contract rather than rush in with an offer when the title trophy was lifted back in May.
The club believe they will have little trouble wrapping up the situation, but that was before some of the top clubs in the Premier League started to take an interest.
And now Claudio Ranieri’s men will have to act quickly to avoid Drinkwater joining N’Golo Kante in leaving the midlands.
Others
Everton have moved ahead of Manchester United in the race to sign Southampton’s Jose Fonte after making a £9m offer for the defender (Daily Express)
Wayne Rooney doesn’t expect to be dropped by Sam Allardyce after secret talks with the new England manager (various)
Former Liverpool ace Jordon Ibe can be better than Raheem Sterling, says Bournemouth team-mate Brad Smith (Daily Star)
Hull are keen to sign Man City striker Wilfried Bony (ESPN)
Wayne Rooney has opened up about England’s Euro 2016 heartache and where he fits in at Manchester United (Daily Mail)
Zinedine Zidane has ruled out allowing Alvaro Morata leaving Real Madrid this summer (Daily Mail)
Hull are poised to make a decision on their new manager in the next 24 hours, with Chris Coleman and Gianfranco Zola the frontrunners (Daily Mail)
Zlatan Ibrahimovic and José Mourinho will make Manchester United winners, says former Inter Milan striker Hernan Crespo (The Guardian)
Arsenal’s new signing Granit Xhaka has revealed he never spoke to Jurgen Klopp and says Arsenal’s attractive brand of football encouraged him to sign for Arsene Wenger (Daily Mirror)
The Gunners face competition from Chelsea to sign Valencia defender Shkodran Mustafi (Daily Mirror)
Liverpool new boy Georginio Wijnaldum has vowed to hit double figures for Reds in his first season (Daily Mirror)
AC Milan striker M’Baye Niang has revealed he snubbed Leicester because he didn’t want to be Jamie Vardy’s No. 2 (Daily Mirror)
Everton have told Chelsea Romelu Lukaku will start the season with them unless they meet his staggering £75million valuation amid reports the Blues are preparing a £68million opening bid (Daily Mirror)
Southampton are set hand new deals to three of their stars – Jose Fonte, Cedric Soares and Dusan Tadic (Daily Mirror)
New Sunderland manager David Moyes will try to sign winger Adnan Januzaj, 21, and forward Will Keane, 23, from his former club Manchester United (Daily Express)
Tottenham boss Maurico Pochettino was left stunned that his striker Harry Kane was made the scapegoat for England’s failure at Euro 2016 (The Sun)
Chelsea have agreed a deal to sign goalkeeper Marcin Bulka, 16, from FCB Escola Varsovia, Barcelona’s academy in Poland (Metro)
Bayern Munich coach Paul Clement says it was his decision to snub a coaching role with England (The Sun)
West Bromwich Albion are ready to offload Saido Berahino after agreeing a £15m deal with West Ham for Diafra Sakho (Daily Telegraph)
Chelsea manager Antonio Conte has admitted the match-fixing scandal that turned his life upside down could have made him quit football (Daily Telegraph)
Burnley and Sunderland have joined Celtic in the race for Manchester United defender Paddy McNair (Daily Record)
Celtic are preparing to launch a fresh £3m plus bid for Aston Villa winger Scott Sinclair (Daily Record)
League One side Walsall are set to break their transfer record by paying £300,000 to Cypriot top-flight side Anorthosis Famagusta for striker forward Andreas Makris, 20 (Express & Star)
Follow @wolexis


This post first appeared on Wolexis Sports Blog | Nigeria's Online Sports Mag, please read the originial post: here
People also like
how to control your thoughts - lovelcute
8 Signs You Should Avoid That Potential Employer
18+ Adult Movies Of All Time To Fulfill All Your Sexual Fantasies| Lolita, Exotica and More
6 Interesting Places To Hold Your Next Corporate Function
My Top Ten Favorite Business Tools for Entrepreneurs
Reviews 61 - Forged an Alex Verus Novel by Benedict Jacka
Top 10 Must-Have Best Planners for Moms
The Subtle Hazards of Real-World Cryptography