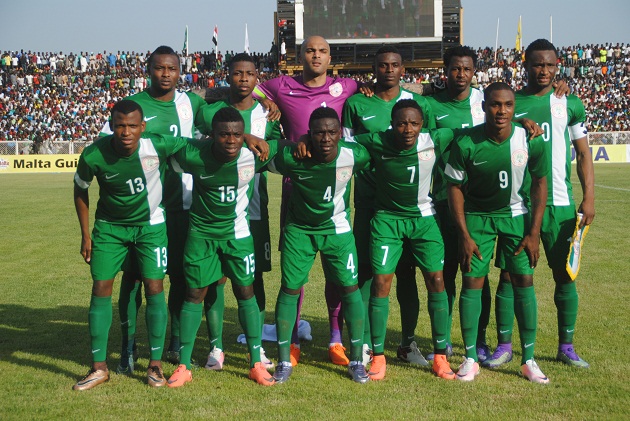 With the NFF set to announce former French internationalPaul Le Guen as the new Super Eagles' head coach this week, the debacle as to if an indigenous coach or a foreign one should be employed finally comes to an end- for now.

While hiring a man with seven honours at club level and a combined club and country win ratio of 47.21% may look like the Super Eagle's success compass might finally be facing north, the inclusive growth of Nigerian football certainly would not begin and end with the appointment of a coach who speaks the common tongue or is foreign to it.

To this, it is only apt we take a look at what certainly would drive the team forward.
First is accepting the reality of the current Super Eagles' team. It is no doubt that Nigerians are football fanatics and the love of the game is as high as any other great footballing nation. Such love has come to blind the view of how good the team is and should be, coupled with the past successes of the Super Eagles.

The notion that the Super Eagles are a formidable team is reaching and the expectations placed on them by fans, and to a large extent by the media to deliver and bring successes home are enormous.

Nigeria currently lies 70th in FIFA's World Ranking behind countries Congo DR, Cape Verde, Guinea, and Uganda but tell any Nigerian, oblivious to the rankings, to mention powerhouses on the continent and the list could go Egypt, Cameroon, Cote D'Ivoire with Nigeria and Ghana being argued as to who comes before.
If the World Cup was played tomorrow, Nigerians would expect a minimum round of 16 qualifications with the desire to reach the Quarter finals of the competition. Such expectations have seen the increasing turnover of head coaches in the past years as the calls for the sack have grown louder each time the Super Eagles fall below expectations.

Gone are the days when the team forked out could win on paper as well as on the pitch. Very few Nigerian players play at top clubs in Europe or on the continent compared to their perceived rivals and the ones who actually do most of the time are facilitators than key players in their team. The talent cycle in Nigeria had been broken long time ago and patches never hold up well.

With the imminent arrival of a new coach, football fans of the Eagles have to learn how to observe and support than interfere and censure. The new Super Eagles' gaffer should be given room to operate and time to cultivate, translate, and instil any identity he believes is best for the team; something the team has lacked in the past decade.

This reason I believe made Salisu Yusuf my top choice for the job considering how short Le Guen's stints in past jobs and the circumstances as to which he left them have been, regardless, the conditions as to which the head coach should operate should fully be given to him.
Furthermore, expectations that he should dominate local coaches on continental level is at best borderline colonial mentality but I digress.

But with all these, the governing authority cannot be overlooked. From unpaid salaries, robberies, sponsorship problems to pure chaotic governance, an unbalanced administration has translated to poor performances across all levels of the national teams.

Keyword Rank Checker Tools to Check W…
Depression isn’t always depressing.
القرص الطرية بالجبنة الرومي والزيت
Let’s Launch
Prancing About in Prague : Outfits
To make matters worse the NFF currently has two factions with both boards issuing out suspensions to opposite sides. Bar the president of the country and some south western states, few electoral positions can boast of the furor and circus that comes with being the NFF president.

One can only think about how deep the patriotism is for the federation to have parallel boards. Forgive the sarcasm, just to paint a clearer picture, there is an ongoing debate about who would receive FIFA president Giani Infatino when he comes into the country on the 24th of July.

Such drama and poor administration are part of the things that make the Dele Alli's and the rest turn down playing for the Super Eagles. As Ogenyi Onazi rightly said the unstable administration affects their performances too and if the house cannot finally be in order what miracles are we expecting? Hypocritically, the "Glass House" is the first to throw stones when teams under-perform at competitions, most of the stones going the way of the coaches in the form of termination letters.
The reformation would be slow, tedious, boring, and a bit frustrating. If there was a time to get it right it should be now, it is clear the patches don’t work neither do the short term visions. There should be a long term plan that stretches across different administrations; it is high time we stopped going back to the readily available but ineffective drawing board.
Written by: @ChukaMVP for wolexis.com
Follow @wolexis