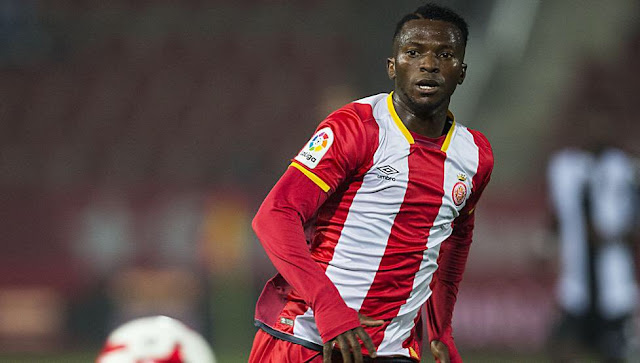 Olanrewaju Kayode is close to a switch to French Club Amiens, according to reports in France.
The 24 year old forward is currently on Loan at Spanish LaLiga club Girona from Manchester City but he has struggled for playing time and has not scored after 13 appearances in all competitions, 12 in LaLiga.

Best At-Home Workouts For Beginners
The Best Passive Income Streams
Body Positive Fat And Sexy
10 Reasons You Need Life Insurance
Can i buy life insurance on my parent…
He has mostly played as a substitute and has registered two assists.
The Super Eagles star was linked with a move to Turkey but RMC claimed on Thursday that Kayode was on the verge of joining Ligue 1 club Amiens.
RMC insist that ‘some financial details remain to be settled’, and believe a deal is nearly done.
Kayode had issues getting back to Spain after his Christmas break in Nigeria due to paperwork hitches.
Amiens, who are 16th in the Ligue 1 table with 22 points from 21 games, just one point off the relegation zone, will be signing the 24-year-old Kayode on loan from Manchester City, before making the move permanent in the summer.
Follow @wolexis